Far more people plan to vacation this summer than in the dog days of 2011, according to a recent Coupon Cabin/Harris International poll.

Far more people plan to vacation this summer than in the dog days of 2011, according to a recent Coupon Cabin/Harris International poll. But even with the uptick in economic optimism, most Americans are striving to keep their travel costs down.

From beaches and boardwalks to entertainment districts and historic sites, all of the places on this list offer road-trip-worthy attractions, either within the city limits or not far outside them. At the same time, none will bankrupt travelers before they head back home.

Check out our list of the 10 cheapest U.S. cities you’ll want to visit.

Think of Tampa as a cheaper, Gulf Coast alternative to Miami. Beaches and cruise ships abound, and the area boasts an enviable art scene, anchored by the massive Straz performing arts center and The Dali Museum in neighboring St. Petersburg. Tampa is also teeming with ethnic diversity, which means, as in Miami, visitors can enjoy good cigars and Cuban sandwiches just about anywhere in the city.

Unlike Miami, however, visitors can tour Tampa on the cheap. A flight into Tampa International costs a mere $303 – the cheapest on our list, and a full $50 less than the national average. A hotel room is 36% cheaper than a room in Miami. Even dining costs are low relative to other Florida cities, which works out for hungry travelers who can grab a great meal downtown or in Tampa's Ybor City nightlife district (7th Avenue runs through the heart of Ybor City).

Must-see attraction: Monument Avenue, the only street on the National Register of Historic Places (free)

Five million people visit Richmond each year, many of them history buffs seeking intrigue and postcards in the Virginia capital's cobblestone streets. The Hanover Tavern, a pub popular with Revolutionary and Civil War soldiers, still serves up drinks, exhibits and audio tours. A number of battlefields, forts and historic sites lie within a short drive. And if you'd rather leave history to the books, the region's largest amusement park, Kings Dominion, sits 30 minutes outside the city and offers $10 off admission if you buy tickets online.

Thanks to low lodging costs, hotel rooms here are 8% less than the national average. A flight into Richmond is $31 cheaper than a flight into Virginia Beach, two hours southeast. Road-trippers will be pleased to know that Richmond sits on historic Route 1, which makes it a comfortable drive from New York, Philadelphia, Washington D.C., and most other major East Coast cities.

Raleigh likes to call itself the "Smithsonian of the South," a designation that ignores basic geography (D.C. is Southern, too!) but accurately captures the range of free cultural attractions around town. The North Carolina Museum of Art, a two-building campus with a major modern collection and a 164-acre art park, charges no admission. The state museums of history, natural science and sport are also free. For the slightly less high-minded, a number of local breweries offer free tours – Raleigh is noted for its bars and microbreweries.

Like much of the Southeast, Raleigh benefits greatly from low consumer costs and well-connected airports. The North Carolina city’s airfare, hotel and dining prices are all below average. A hotel room in Raleigh costs just over half as much as one in D.C.

Restaurant scenes like Birmingham's usually come with plus-size price tags. But dining here – home to Southern Living, the James Beard Awards and the cafe that inspired “Fried Green Tomatoes” – is both delicious and cheap. In fact, mega-restaurateur Danny Meyer called Birmingham one of the country's up-and-coming food cities. And since a typical meal here costs $2 less than the national average, visitors can proverbially have their cake and eat it, too.

For non-foodies, Birmingham promises the world's third-longest golf course, Ross Bridge, and a storied live jazz scene. Whatever you end up doing, expect a reasonable bill: a flight to Birmingham falls right at the national average, and a night in a local hotel costs 9% less.

Hotel rooms cost 7% less than the national average and flights go for less than $340, so if you're looking for a cheap beach vacation, the Jacksonville area is among your best bets. Check out the affordable nearby seaside communities of Atlantic Beach, Neptune Beach and Jacksonville Beach. A bit further south is Ponte Vedra Beach, popular with well-heeled beach bums and professional golfers. (The town is home to the PGA Tour and the world-famous TPC Sawgrass golf course.) Anastasia State Park, a 45-minute drive south of Jacksonville, boasts four miles of sand beaches, as well as camping, fishing and hiking spots.

In Jacksonville proper, visitors can enjoy attractions such as The Jacksonville Landing, an entertainment district on the St. Johns River, as well as the country's largest urban parks system, and art, garden and history museums, all priced under $10. Because expenses are low in Florida, travel costs are cheap: You can easily score an authentic Southern meal at Singleton's Seafood Shack, a Food Network favorite, for $8 or less.

If you're willing to trade the Sun Belt for the Rust Belt, a charming – and affordable – vacation awaits. Ohio's capital and largest city is a hotbed for cheap festivals, especially in the summer. The Ohio State Fair, one of the biggest in the country with 70 rides and 189 food vendors, attracts 800,000 people every August for the very low price of $10 a pop. In May, the volunteer-run Community Festival hosts three days of free music, art and food. Even in the off-season, cheap attractions abound: Visitors can stroll the city's historic German Village district or see the 9,000 animals at the world-renowned Columbus Zoo.

Visitors to Columbus face fewer crowds and lower prices – the advantages of vacationing in an offbeat locale. Hotel, airfare and dining costs all fall below the national norms. In Columbus, dining out is especially cheap: The average meal runs just $32, and with the city's thriving "Dine Local" movement there are plenty of restaurants from which to choose. For dessert, look no further than the creative ice creams at Jeni’s, a Columbus original.

Visitors historically flocked to Charlotte to watch NASCAR races and stroll shiny attractions such as Discovery Place, one of the nation's top science museums. But as of this year, the Queen City can add another entry to its list of tourist credentials: It served as the set for parts of “The Hunger Games,” the $400-million blockbuster that casts Charlotte in a particularly glamorous, lacquered light.

But despite the glitziness of the film -- and all the publicity that followed -- visiting the North Carolina city is still pretty cheap. A flight into Charlotte-Douglas International costs 10% less than average. A hotel room is $20 to $40 less per night than a room in a touristy destination such as Asheville or Virginia Beach. And when it comes to attractions, don't expect to shell out: Discovery Place admission is on par with a movie ticket, and adventurous travelers can trek through the U.S. National Whitewater Center for as little as $15. As for “Hunger Games” fans, many of the cast and crew's favorite places are free.

Atlanta's Hartsfield-Jackson airport is the busiest in the world – not great for big families or airport worrywarts, perhaps, but perfect for travelers seeking quick, affordable flights. At $313, a ticket to Atlanta is the second-cheapest on our list. Lodging isn't pricey, either. The cost of one night in a comparable metro area will buy one and a half to two nights here.

Once you're in the South's largest city, you'll find plenty of cheap stuff to do. Centennial Olympic Park, the site of the 1996 Olympic Games, hosts frequent concerts and festivals, many of them free. The Martin Luther King Jr. historic site charges no admission, and the city's science center and contemporary art museum both cost less than $10. Dining also tends to be cheap, despite Atlanta's ascendant restaurant scene. Ethnic eateries along the city's colorful Buford Highway easily charge less than the average $33.98 per meal.

Phoenix has long been a destination for sun-seeking empty-nesters and bronzed golf fanatics. But there's also plenty here for the younger, paler crowd: Think four major sports teams, half a dozen big-name museums and one of the world's most colorful, ecologically diverse deserts. That doesn't even touch on the city's lauded downtown restaurant scene. And for those who prefer dessert over the desert, Sweet Republic, one of the best ice cream shops in the U.S. (at least according to a slew of foodie sources), is in nearby Scottsdale.

Of course, it's not just the sun and golf courses that draw people to Phoenix. Living costs are cheap, and visiting even cheaper. In fact, as far as travel is concerned, Phoenix is the cheapest major city in the U.S. to visit. Dining and flight costs fall below the national average, and the city's ultra-affordable hotels charge 17 percent less than comparable cities. Plus, with 310 sunny days a year, there's little chance your money will be wasted on a rainy trip -- but travelers may want to book between September and May. From June to August, monthly high temperatures average over 100°.

With its range of sandy beaches, top museums and paparazzi-worthy celebrity sightings, Los Angeles makes an ideal destination for any traveler who isn't on a budget. Those who are should consider Riverside, 60 miles east. With hotel costs 46% less than L.A.'s and the average restaurant bill a full $15 lower, Riverside makes an affordable, centrally located base camp for travelers looking to explore Southern California. L.A., Long Beach and Huntington Beach are roughly an hour away in traffic. The vineyards of Temecula Valley, the so-called Napa of SoCal, lie just 45 minutes south. And Disneyland is only 40 minutes away – practically around the corner by L.A. standards.

As for Riverside itself, the city boasts a ballet, a performing arts center and a state historic park complete with groves, exhibits and an interpretive trail that preserve the area's citrus-growing heritage. After enjoying the park, as well as Riverside's cheap lodging and dining options, visitors can cruise down the I-10 to take in other sights.

Your Guide to Bargain Travel in 2012

10 Ways to Save on Summer Travel

QUIZ: How Far Can You Stretch Your Travel Dollar?

Looking to rub elbows with the rich? These 15 metro areas have the highest concentrations of households with at least a million dollars in liquid asse…
26 Things Home Buyers Will Hate About Your House

As a home seller, you don't want to let the small -- or big -- fixes around your house that have added up over the years sabotage your bottom line dur…
5 Investing Tips to Get Your Wealth Plan on Track 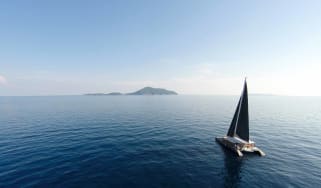 A number of pitfalls have conspired to make this one of the most difficult investing environments in years. Take the reins with these investing tips.
The 25 Cheapest U.S. Cities to Live In