When the price of a dividend stock climbs, its yield falls. 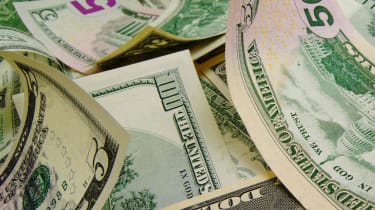 When the price of a dividend stock climbs, its yield falls. As a result, a rising stock market, such as we've had of late, can make it harder for income investors to find attractive dividend payers. Indeed, the current dividend yield on Standard & Poor's 500-stock index is just 2.1%, down from 2.3% a year ago. For retirees dependent on investment income, a 2.1% yield won't even keep up with inflation in 2017, according to Kiplinger's latest forecast.

True, investors can buy stocks with unusually high yields, but such names typically come with greater risks. A too-good-to-be-true yield can be a red flag about a company's financial health and an indicator that the dividend isn't sustainable. That's why dependable, high-quality stocks with above-average dividend yields are such important components of a retirement portfolio. Here are four great dividend stocks that are paying double the yield of the blue-chip S&P 500 index.

(All prices and other data are as of January 9, 2017. Figures are based on the average of analysts’ forecasts for calendar 2017, as compiled by Zacks Investment Research, unless otherwise noted. Stocks are listed alphabetically.)

The telecommunications services sector is well-known for dividends, thanks in large part to AT&T. The company has paid uninterrupted dividends since 1984 and has raised its payout annually for more than three decades. AT&T’s yield is the highest in Standard & Poor’s 500-stock index, which has a yield of 2.1%

Although phone service remains AT&T’s core business, the company is moving aggressively into pay-TV and content production with acquisitions such as DirecTV and a pending deal to buy Time Warner (TWX), an entertainment giant whose lineup includes CNN, HBO and the Warner Brothers movie studio. Analysts aren’t counting on the deal going through -- at least not without some modifications -- due to antitrust issues. But even without it, AT&T’s profits should still rise by about 5% in 2017, and the company’s strong free cash flow (cash profits, minus the capital expenditures needed to maintain the business) should support its next dividend hike.

U.S. auto sales set a record in 2016, but the prospect of leaner times ahead has weighed on shares of Ford. The stock slumped 8% in 2016, including dividends. Yet the market is treating Ford, with a price-earnings ratio of just 8, compared with 17 for the S&P 500, as if profits will fall off a cliff. That shouldn’t be the case. Although car sales are forecast to decline in 2017, they are still expected to remain close to record levels.

As with Ford, the case for investing in General Motors comes down to generous dividends and a bargain-priced stock. Only about three-dozen stocks in the S&P 500 possess yields above 4%, GM being one of them. And GM distributed just 25% of its profits as dividends in the third quarter of 2016, compared with an average of just over 40% for S&P 500 companies, indicating ample room to cover its payout and hike it in the future. Analysts see earnings per share dipping from $6 in 2016 to $5.83 in 2017. But with a P/E ratio of 6, GM’s stock already reflects the expected earnings decline—and maybe then some.

Dow component Verizon has paid uninterrupted dividends since its name changed from Bell Atlantic in 2000. It can also claim 10 straight years of dividend growth. But the company has more to offer than an income stream.

Verizon is repositioning itself for a world in which mobile content is ubiquitous and digital ads are moneymakers. It purchased AOL for its digital-advertising technology in 2015 and currently has an agreement to buy Yahoo (YHOO). That deal may not go through, partly because of Yahoo’s recent disclosure of a massive data theft impacting more than 1 billion accounts. But Verizon is raking in cash from its mobile business, Fios TV service and other sources. Earnings per share should climb 3.6% in 2017. Throw in a 4.3% dividend yield and you could scoop up total returns close to 8% over the next year if the stock keeps pace with profit growth, as expected.