The dividend yield of the U.S.

The dividend yield of the U.S. stock market today is 2.0%. But plenty of companies pay a lot more. We wondered if we could find attractive stocks that yield at least 5%—two and a half times the overall market’s yield.

We found seven, but before we identify them, here’s a brief explanation of why a high yield may not always be all it’s cracked up to be. Yield is basically a stock’s annual dividend rate divided by its share price. So if a stock pays a 50-cent-per-share quarterly dividend, the annual rate is $2 per share. If the stock trades for $50, the yield is $2 divided by $50, or 4.0%.

A dividend yield can climb if a company boosts its payout. The yield can also rise if the share price falls. In fact, an ultra-high yield due to a plunging stock price may signal that a company is in trouble and that it may have to cut, or even eliminate, the dividend. But a high yield can spell opportunity when a troubled company is on the cusp of a rebound. Find those businesses that are about to snap back and you stand to benefit not only from a hefty payout but from stock-price appreciation, too.

The following seven stocks fit that bill, with yields of 5% or more. Just as important, each of the companies generates enough free cash flow—the cash profits left after the capital expenditures needed to maintain a business—or soon will produce enough free cash to cover the payouts, reducing the chance of a dividend cut.

Stocks are listed in alphabetical order. All prices, yields and returns are as of November 12. Price-earnings ratios are based on estimated 2016 earnings.

With its purchase of DirectTV in July, AT&T (T) became the largest provider of pay-TV globally, with the ability to offer TV service to 57 million households in the U.S. alone. Such growth opportunities will help offset competition that the company faces in wireless service. During the third quarter, 1.16% of wireless subscribers dropped their AT&T service, up from 0.99% a year ago (the figures exclude customers who buy prepaid plans).

Even so, AT&T is doing a good job of squeezing more profit from remaining customers. Its profit margin (using earnings before interest, taxes, depreciation and amortization, or EBITDA, as a measure of profits) clocked in at 40.7% in the third quarter, up from 36.3% for the same period in 2014. That, plus the DirecTV deal, is helping add to AT&T’s cash pile. In the first nine months of 2015, the company generated $12.8 billion in free cash flow, compared with $9.9 billion for all of last year. With a quarterly dividend of $0.47 per share, the communications giant now pays out just 57% of its free cash flow (a percentage known as the payout ratio), down from 97% in 2014. Meanwhile, AT&T’s price-earnings ratio of 12 is well below the overall market’s P/E of 16. 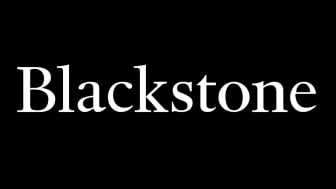 As the stock market stumbled last summer, so did the value of many of Blackstone Group’s assets, which include everything from real estate and hedge funds to hotel chains and SeaWorld theme parks. As a result, the stock (BX) of this asset-management and private-equity giant has fallen 29% since hitting a record in May. But the company has had no trouble drumming up capital, raising a record $97 billion over the past year. And it has been scooping up new assets. In October, for example, Blackstone announced plans to buy Stuyvesant Town, a large apartment complex in Manhattan, for about $5.3 billion with Canadian real estate company Ivanhoé Cambridge.

Blackstone is organized as a master limited partnership and typically distributes most of its cash flow in the form of a dividend to investors, who are called unit-holders. So unlike regular companies, which tend to keep their dividends fairly steady, Blackstone’s payouts vary from quarter to quarter. And because Blackstone is set up as a partnership, unit-holders have to deal with K-1 forms at tax time. But if you can put up with the extra hassle, you stand to earn a sizable paycheck. During the third quarter, Blackstone returned $0.49 per unit to investors. And analysts at investment bank Jefferies forecast a distribution of $0.66 per unit for the fourth quarter of this year, thanks to rising management and other fees. During the third quarter, fee revenues increased 7% from the year before, to $707.8 million.

CenturyLink execs are instead focusing on growth areas. For example, sales of high bandwidth data services to business (which allows companies to store and retrieve large amounts of data, among other things) jumped 6.7% during the third quarter from the previous year. Management also plans to cut operating expenses by as much as $125 million in the second half of 2015.

CenturyLink pays a quarterly dividend of $0.54 per share, creating a sizable yield based on today’s stock price. Even so, analysts estimate that if the company holds the dividend steady, CenturyLink will use only 66% of its free cash flow next year to make the payout. The stock has surged 16% from a low of $24.11 in early October.

Low oil prices have caused ConocoPhillips’s profits to collapse, so the fact that the stock trades at 84 times estimated 2016 earnings isn’t particularly meaningful. And as long as oil prices remain low, profits are not likely to zoom any time soon.

Still, Conoco (COP), one of the world’s largest energy producers, has been ruthlessly slashing costs. For 2015, executives forecast that spending on oil and gas exploration, as well as drilling, will fall by 40% to $10.2 billion and that costs to run the business will drop by 15% to $8.2 billion. At the same time, Conoco is ramping up production by 3% to 4% for the year.

Management’s goal is to reduce costs and increase production enough so that by 2017, the company no longer has to borrow money to pay its dividend. Analysts at S&P Capital IQ believe Conoco will hit that target as early as next year and be one of the few exploration-and-production firms to do so. The bosses are feeling confident, too. In July, the company increased the quarterly dividend by a penny a share, to $0.74. The stock has sunk 40% since July 2014, but it has rallied 23% last August.

An anticorruption crackdown in China, along with the country’s weakening economy, has depressed the results of hotel and casino operator Las Vegas Sands (LVS). That’s because Sands is a major operator in the southern province of Macau, the hub of China’s gaming industry. During the third quarter, sales there made up 56% of Sands’s revenues, and analysts expect the company's earnings to fall 27%, to $2.60 per share, this year.

Falling profits may not make for an enticing investment case, but reasons for optimism exist. Sands has focused on the mass gaming market in Macau, rather than the VIP players who are at the center of the anticorruption efforts. The company is also growing and not just with casinos. In Macau, Sands expects to open a St. Regis-branded hotel by the end of this year and the Parisian Macao, which will include a hotel, casino and retail mall, in 2016. In addition, Sands operates in Bethlehem, Pa., Las Vegas and Singapore. So despite the hit to high-end gambling in China, revenues should improve by 1.6% to $12 billion in 2016, and by 8% to $13 billion in 2017, analysts estimate.

Meanwhile, Sands’s quarterly dividend is rising. Starting in March, the company will pay out $0.72 per share, up from $0.65. Analysts project that Sands will use 83% of its free cash flow to fund the payout. Although the stock has rallied 26% since October 1, boosted by news from China’s gaming bureau that Macau revenues fell slightly less in October than in previous months, it is still down 47% from its most-recent high, reached in March 2014.

Despite owning some of the world’s most-recognizable brands, including Barbie, Fisher-Price and Hot Wheels, Mattel’s earnings fell in 2014 and are expected to decline again this year. At the root of the problem are the toymaker’s slow foray into digital toys, increased competition and a strong dollar (40% of the firm’s sales come from overseas). And next year, Mattel will lose its lucrative license to sell dolls based on Disney Princess stories and the popular movie Frozen.

But Mattel (MAT) is working to turn things around. In April, the company named its chairman, Christopher Sinclair, as chief executive officer, and in September it announced other changes in the executive suite. Mattel partnered with Google Cardboard this year to bring virtual-reality capabilities to the iconic View-Master toy, and it expanded its licensing agreement with Nickelodeon. It is also making an aggressive push into developing nations, such as China and Russia. During the third quarter, for example, sales in the Asia Pacific region, which includes China, climbed 17% from the same period a year earlier, not counting the impact of currency swings. Analysts believe profits will rebound next year by 12%, to $1.39 per share.

Based on the current quarterly dividend rate of $0.38 per share, analysts estimate that Mattel will use 93% of its free cash flow next year to cover the payout. That means you shouldn’t expect a dividend hike anytime soon, but the company likely will generate enough money to keep the payout secure.

The final 5% yielder hails from across the pond. But although Vodafone (VOD) calls the U.K. home, the telecom giant is ambitiously expanding its operations throughout Europe, as well as in Africa, the Middle East and Asia Pacific. A reviving Europe should help boost revenues, which analysts expect will fall 8.5% to $62.2 billion for the fiscal year that ends in March but start to rise (albeit slowly) in the March 2017 fiscal year, to $62.5 billion.

S&P Capital IQ analyst David Holt says Vodafone will benefit as more wireless users upgrade to the 4G network, which Vodafone has been investing heavily in (as of the end of September, the company reported that 80% of Europe had 4G coverage). Faster growth in Africa, the Middle East and Asia will also be a boost. From April to September, sales in those regions expanded by 6.7%.

Vodafone pays dividends twice a year, which over the past 12 months have added up to $1.78 per share. And although some foreign dividends are subject to taxes overseas, that is not the case for U.S. investors holding British stocks. Holt expects the stock, which trades in the U.S. as an American depositary receipt, to hit $40 in 12 months.

Here are 13 dividend stocks that each boast a rich history of uninterrupted payouts to shareholders that stretch back at least a century.
The 7 Best Bond Funds for Retirement Savers in 2021

Fixed-income investors have a rocky hill to climb in 2021. These are seven of the best bond funds to buy for this tall task.
Kiplinger's Weekly Earnings Calendar