A low admit rate indicates that the school is highly competitive. A high yield means that most admitted students find the school desirable enough to make it their first choice. Colleges accept, on average, two-thirds of applicants, according to the National Association for College Admission Counseling; the average yield is 41%.

Schools that convey serious bragging rights, as defined by our criteria, not only put your student among other outstanding students but are also likely to be viewed favorably by prospective employers, potentially delivering a return on your investment for years.

Here are the ten top private universities and liberal arts colleges that scored highest in both value and bragging rights.

How hard is Harvard University to get into? Consider this: 93% of applicants don’t get in. This Ivy League institution attracts top applicants from around the world, and if the letter -- or e-mail -- from admissions says yes, they usually come. Harvard’s yield is the highest among all 200 of our ranked schools.

Stanford University’s competitiveness puts it on par with Harvard, and a high enrollment rate among admitted students makes it the second-hottest school in our rankings. Top academics and a lush campus near San Francisco contribute to Stanford’s appeal.

Yale University doesn’t release the percentage of accepted students who enroll, but with a world-renowned reputation and one of the lowest admission rates in the nation, this university offers bragging rights in spades. If your kid gets accepted, you’ll be mentioning it around the neighborhood.

Students smart enough to get into Harvard’s neighbor flock to this institution for its top-flight programs in science and engineering. The school’s Boston location, home to 250,000 college students, helps seal the deal.

An Ivy League school with a long list of illustrious alums, from James Madison to Michelle Obama, Princeton University continues to attract future leaders to its stately campus. Princeton’s generous financial-aid policy makes the school affordable for all students who qualify. 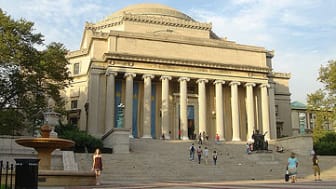 Students who meet Brown University’s tough admission standards enjoy unusual freedom once they arrive on campus: Undergraduates design their own academic program, choosing from a selection of more than 2,000 classes in more than 40 departments.

Here’s one way to live in New York City on mom and dad’s dime: Enroll at Columbia University. This Ivy League school, in the Morningside Heights neighborhood, not only draws top students but also keeps them: 99% of freshmen return for their sophomore year.

U-Penn delivers its education on a historic campus in the heart of Philadelphia. With an enrollment of almost 10,000, it is one of the biggest members of the Ivy League; its high percentage of enrollment among accepted students also makes it one of the most popular. 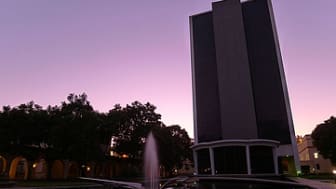 Sure, the weather could be more inviting, but Dartmouth College’s glorious setting -- on the Connecticut River at the foot of the White Mountains -- and Ivy League credentials attract plenty of high-achieving students to this campus. Dartmouth is the only member of the Ivy League that calls itself a college, thanks to its focus on undergraduates.

Courtesy of Canon.vs.nikon at en.wikipedia

This tiny college, in the lovely town of Pasadena, attracts techies from all over the country for its top programs, elite faculty and generous financial-aid policy. Physicist Stephen Hawking spends a month here annually. 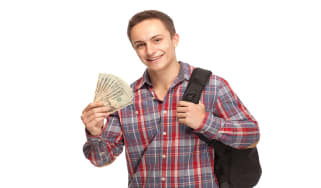