For many retirees and soon-to-be retirees, if there’s one nagging worry that tops all others, it’s that they might run out of money someday.

Their fear is not unfounded. Americans are living longer. The number of employers offering pensions is dwindling. And there’s a growing concern that Social Security benefits may have to be curtailed if the government can’t get the federal deficit under control.

Most people understand that they may have to rely heavily on their savings to make ends meet. And they’re looking to set up reliable income sources they can depend on for a retirement that could last decades. Which is why, in recent years, annuities customized with income riders have become a popular option.

An income rider, or living-benefit rider, is an annuity enhancement that’s designed to deal with longevity risk by ensuring that you can count on a regular income stream regardless of how the markets perform or even if you live long enough to drain all the money from your account.

Sounds straightforward enough. Unfortunately, the contracts, fees and calculations that determine how much you’ll actually get in income can vary from carrier to carrier, and some companies market their income riders in a way that I (and many others) feel is purposely misleading. You could lose more than you gain if you don’t know what to look for in the contract.

If you think an income rider might be right for you — or if your financial adviser or insurance agent is recommending one as a part of your retirement plan — here are a few basics to watch for and to ask about:

The roll-up rate vs. the payout rate

Often, carriers will advertise an income-rider rate — maybe 7% or 8% — that seems too good to be true. And, in a way, it is. That number, usually called the “roll-up rate,” grows your benefit base every year until you activate the income rider. But it’s only part of the story. The benefit base is a phantom account — it isn’t the true account value of the annuity, and it isn’t yours to withdraw anytime you like. The payout rate — the percentage of the account value that actually will be paid out in the form of lifetime income — is just as important to know, because your payment will be that rate times whatever the benefit base has grown to.

People often think an income rider with a roll-up rate of 8% is automatically better than one that is 5%, but that’s not necessarily so. You have to factor in the payout percentage to get the full picture.

Because the purpose of the income rider is to guarantee the highest payments possible at some point in the future, you’d think the payout rate would be a marketing priority. Instead, the roll-out rate gets all the love. So, what’s a good consumer to do? Ask for both percentages and run the numbers to be sure you’re getting the maximum payout at the age you plan to turn on your income stream.

The annual fee vs. the guarantee

Most income riders come with an annual fee — usually about 1%. So the more you accumulate in your account, the more you pay. In exchange, the insurance carrier is taking a chance that you might live longer than it expected and will guarantee you’ll keep getting income even if your account runs dry.

Historically, the point at which that typically happened — when the insurance carrier crossed over from simply returning your own money to paying out of its pocket — was about age 80. But now we’re seeing that crossover point being pushed back for many people who have income riders, and the money isn’t coming from the insurance carrier’s coffers until annuity holders reach their 90s.

The fee vs. the limited upside potential

Another factor you may have to compromise on with an income rider is the “cap”: the maximum amount you’ll be able to earn based on the market index your “real money” account value is tied to.

But with most income riders, the cap is much lower — closer to 2% or 3%. Subtract the 1% fee, and you’re making even less. And if the index is below 0%, you will, in fact, lose money because you still will have to pay the fee.

The tax-deferred benefits vs. taxable distributions

One of the most attractive features of using an annuity for retirement can be the tax advantages it provides. If you decide to fund a non-qualified annuity, for example, one positive is that it will grow on a tax-deferred basis — meaning you won’t pay taxes on the growth until you start withdrawing money. But if you have an income rider, when you start taking the pension-like income benefit it provides, it will count as a taxable distribution until you get back down to your original deposit. And those funds will be taxed as ordinary income, not long-term capital gains, which are usually lower. That added income could land you in a higher tax bracket, which could trigger taxes on your Social Security benefits and/or increase your Medicare costs.

This isn’t to say that all income riders are bad. After talking to an experienced financial professional and/or tax adviser, you may find that an income rider is the right choice for you. If you’re someone whose only guaranteed income stream in retirement is a small Social Security benefit, and you’re looking to fund your own pension-like income stream that you’ll know will be there forever, it may make sense.

But I’ve met with many retirees who pay a substantial fee, year after year, for an income rider they will never use. (There are several reasons why they might not use it: For most, it is because they have other assets that make more sense to take distributions from over the annuity. Death would be a reason too.) Meanwhile, they’re limiting their earning potential and possibly adding to their tax burden.

Ask your adviser about other ways to create an income stream without using an income rider. And, first and foremost, know what you’re getting, what you’re giving up and how it all fits within your overall retirement plan.

Garrett Yack is an independent Registered Investment Adviser Representative at Ensemble Wealth Management (www.ensemblewm.com), where his goal is to help his clients live a financially confident retirement. He holds a Series 66 license in securities and his life insurance license across several states.

The appearances in Kiplinger were obtained through a PR program. The columnist received assistance from a public relations firm in preparing this piece for submission to Kiplinger.com. Kiplinger was not compensated in any way. 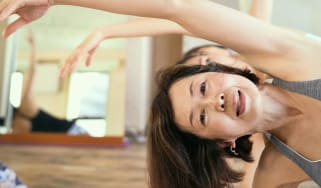 Do-it-yourselfers have some work ahead of them, and here are three places to start.
Are You Liable When a Customer’s Hummer Gets Stolen from Your Parking Lot?

A motel stay led to an unfortunate loss for a California couple. Can they hold the motel responsible? A lawyer’s take on the situation may not leave t…
Which Debt Is ‘Good Debt’ and Which Is ‘Bad Debt’? 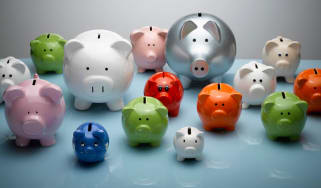 Not all debts are created equal. Some help you get ahead. Others should be avoided at all costs. Here’s how to tell the difference and how to handle y…
Roth IRA Conversions: Pay Now, Live Tax-Free Later 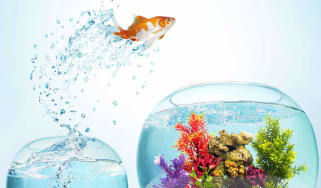 Why now may be the time to convert your traditional IRA to a Roth to avoid future taxes.