The appeal of this popular trading app is undeniable, but its limitations are significant and its track record checkered.

Every year, following the publication of our brokerage rankings, we receive an in-boxful of e-mails asking the same question: Where’s Robinhood? This year, as in previous iterations of the Kiplinger ranking, we left Robinhood off the list because the mobile-first brokerage doesn’t offer trading of bonds or mutual funds—key investment vehicles for many of our readers.

That doesn’t mean that we haven’t understood the appeal. Robinhood offered free trades on stocks and exchange-traded funds when other brokerages were charging $10 a pop. And you can’t argue with the magnetism of their offering. Even as every other brokerage has shifted to commission-free trading, Robinhood’s attractive app and easy-to-use platform has continued to attract fans. Robinhood said it had 13 million accounts in May, putting it behind only Fidelity and Schwab among firms that participated in our survey.

But Robinhood’s stylish and intuitive platform can make trading feel like a game for customers, and that has led to controversy for the firm. The New York Times recently reported that in the first three months of 2020, Robinhood users traded nine times as many shares as E*Trade customers and 40 times as many as Schwab customers, with an even greater disparity of high-risk options trades. That kind of volume has created problems for the brokerage and its customers. Amid March’s most volatile trading days, Robinhood suffered a number of high-profile outages—up to 17 hours, in one case—drawing the ire of customers.

More troubling was the news in June of the death of a 20-year-old user of the site, who reportedly committed suicide after accruing what he thought was a negative $730,000 account balance trading options on the platform. He acknowledged his inexperience in this kind of trading in a note. Following the tragedy, a group of six members of Congress wrote a letter to Robinhood’s cofounders, questioning the firm’s functionalities and approval processes for options trading, among other things. As of this writing, the legislators say they haven’t received an answer from Robinhood. Robinhood execs say they are rolling out changes to their options-trading process and will work with legislators to address their questions and concerns. 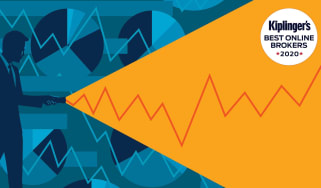 The brokerage industry is evolving quickly. Our survey spotlights firms with the best investment choices, tools, advice and more.
The Most-Overlooked Broker Promotions and Perks 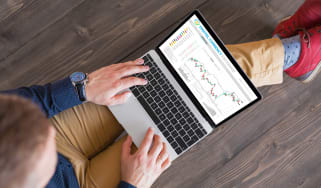 The Most-Overlooked Broker Promotions and Perks

You can get free trades and research tools with most brokerage accounts. These eight other broker promotions and perks help the major players stand ou…