Federal income tax returns are due April 15 for most taxpayers. However, some people have a little extra time. Are you one of them? 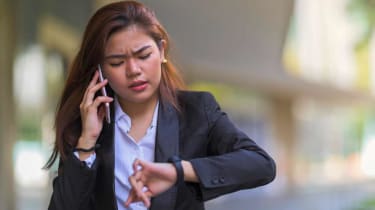 Most Americans must file their federal tax returns for 2018 by April 15, 2019. Note that we say "most Americans." Taxpayers in two states have until April 17 to file their 2018 tax returns. Here's why residents of those states get two extra days to submit their 1040s to the IRS.

Patriots' Day, an official holiday in Maine and Massachusetts that commemorates Revolutionary War battles, falls on April 15 this year. Normally, residents of those two states would get an extra day to file taxes. However, April 16 is Emancipation Day in the District of Columbia. The holiday honors the end of slavery in Washington, D.C. Since April 16 is a legal holiday in D.C., and the IRS can't require that tax returns be filed on a legal holiday, taxpayers in Maine and Massachusetts get yet another extra day to file. Got it?

No matter which state you live in, if for some reason you can't file your federal tax return on time, it’s easy to get an automatic six-month extension. But you have to act by April 15 (or April 17 if you live in Maine or Massachusetts).

Keep in mind, however, that an extension to file doesn't extend the time to pay your tax. If you don't pay up by the original due date, you'll owe interest on the unpaid tax. You could also be hit with additional penalties for filing and paying late.