The retailer's Wild Oats brand is a bargain compared with many organic brands sold at other supermarkets. 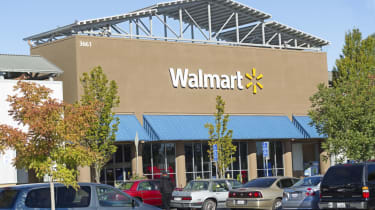 If you had to name stores known for their large selection of organic items, you’d likely say Whole Foods, The Fresh Market or perhaps Trader Joe’s. Walmart probably wouldn’t come to mind, though. The retail giant is known for its low prices. But organic food?

Walmart actually offers 1,600 organic grocery items, including a line of packaged goods from the Wild Oats brand, which once was a chain of natural-food stores that was bought by Whole Foods. And its size and scale allows the retailer to make organic items available at affordable prices, says Walmart spokesperson Molly Blakeman. “We don’t think people should have to pay more to put organic on the table,” she says.

Walmart started carrying the Wild Oats brand in 2014. Now about 3,800 of its stores stock at least 30 Wild Oats products and 2,200 stores have more than 70 of the brand’s items on shelves, Blakeman says. The prices are on par with similar conventional items and at least 25% lower, on average, than national organic brands, she says. Walmart also offers 50 organic produce items under its Marketside private-label brand along with a variety of other organic items from national brands.

We wanted to find out if the prices on Walmart’s organic offerings were lower, so we did some comparison shopping at several grocery stores (Kroger, Meijer, Trader Joe’s and Whole Foods). On the whole, the organic produce prices were almost the same at the Walmart Supercenter and the supermarkets we checked. Trader Joe’s had lower prices on several of its organic fruits and vegetables (see Best and Worst Buys at Trader Joe’s). Prices on organic dairy products and eggs also were consistent across the stores we checked – with the exception of milk. The Whole Foods 365 Everyday Value Brand was about $1 less than a gallon of organic milk at Walmart and the other stores we checked (see Best Things to Buy at Whole Foods).

Standout items in terms of price at Walmart were, indeed, the Wild Oats organic offerings. The prices on many (but not all) of these organic products were lower than competitors’ prices and often not much higher than the prices on their conventional counterparts at Walmart. The following 10 Wild Oats organic items, in particular, were a good deal at Walmart. Because they are pantry-stable packaged items, the quality should be consistent from store to store.

Applesauce. At $2.14, a 23-ounce jar of Wild Oats applesauce was about $1 less than organic applesauce at the supermarkets we checked. Considering that conventional apples are at the top of the Environmental Working Group’s Dirty Dozen list of produce items with the highest pesticide loads, applesauce might be a good item to buy organic.

Canned beans. A can of Wild Oats organic beans (all varieties) costs just 20 cents more than a can of Walmart’s Great Value brand conventional beans, about the same as other brand-name conventional beans and at least 40% less than organic brands at the other supermarkets we checked.

Coconut oil. This oil can be used for cooking as well as skin and hair care. A 29-ounce jar of Wild Oats organic coconut oil was $2 to $4 less than brands sold at other supermarkets we checked.

Fruit spread. Strawberries are another item on the Dirty Dozen list. So if you like to add a little jelly to your toast, an 11-ounce jar of Wild Oats organic strawberry fruit spread was almost $2 less than a similar jar of organic jelly at Kroger.

Olive oil. A 17-ounce bottle of Wild Oats organic extra virgin olive oil was about $1 less than brands at other supermarkets we checked.

Pasta. Organic penne, spaghetti and other pastas sold in 16-ounce packages under the Wild Oats brand were more than 25% cheaper than Kroger’s and Meijer’s private-label brands of organic pasta.

Pasta sauce. Wild Oats marinara sauce was the only organic pasta sauce we found priced less than $2 at the stores we checked. At $1.95 for a 25-ounce jar, the Wild Oats sauce was at least 15% cheaper than brands at other supermarkets.

Salsa. At $2 for a 16-ounce jar, Wild Oats organic salsa was about $1 less than organic salsas sold at the other supermarkets we checked.

Everything you need to know to save money and shop smarter at the quirky Trader Joe's supermarket chain.
The 9 Best 'Purebred' Pet Stocks to Buy 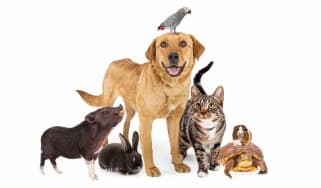 Several blue chips play in the growing pet-care space, but these are the best pet stocks to buy if you want pure exposure to this blossoming opportuni…