These items already are marked down and might be in limited supply by the day after Thanksgiving. 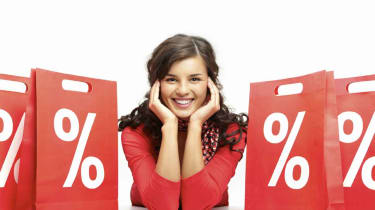 Shoppers can find the lowest prices of the year on many products during Black Friday sales. But not all retailers reserve their best deals for the day after Thanksgiving. In fact, some already are advertising Black Friday-like deals now.

Although the number of sales will increase and the discounts will get deeper in the coming weeks, Mark LoCastro of DealNews.com recommends buying items on your holiday list now if you can find a good price and suspect that they might sell out if you wait. Here are five categories of items, in particular, you should consider buying before Black Friday.

Apparel and footwear. Many retailers already are having clearance sales on fall apparel and are offering coupons for additional discounts. For example, Cole Haan is offering a coupon code for 40% off clearance items, and JCrew.com has a promotional code for an extra 30% off fall sale items. Brent Shelton of cash-back shopping site FatWallet says that you can expect trendy apparel and footwear such as boots to sell out quickly. So if these items are on your holiday shopping list, you should take advantage of early sales. You’ll also see several retailers offering online-only deals on apparel starting Tuesday, November 25, says Mike Spankie, director of merchandising for deal site Deals2Buy.com. If you wait until Black Friday, you might have a harder time finding the right size or color because inventory will be picked through by shoppers who took advantage of earlier sales.

Hot toys. Retailers such as Amazon, Toys “R” Us and Walmart already have released their "hot toy" lists. Shelton says some of the most in-demand items – Lego sets, Teenage Mutant Ninja Turtles figurines and Disney “Frozen” toys – might sell out or be on back order before Black Friday. Fortunately, early shoppers can find deals on toys. Amazon has launched its daily "lightning" deals (deep discounts available for a short period of time) on toys. And Walmart started offering early-bird holiday specials at the beginning of November. It has cut prices online and in stores on more than 20,000 items, including popular toys.

Nintendo 2DS. LoCastro says that this handheld video game system is at its best price of the year at Walmart.com, which marked it down to $79 from $129 as part of its early holiday sale.

Older-model tablets. If you don’t have to have the latest model, you’ll find great deals on previous years’ tablet models now, which are at all-time low prices, Shelton says. (New models won’t be discounted until Black Friday or Cyber Monday, the Monday after Thanksgiving.)

Older-model technology accessories You'll find deals on tech accessories such as headphones, computer bags, printers and more. These are overstock items that merchants often sell below cost so they can clear inventory to make room for newer accessories, Spankie says.

If items on your shopping list aren’t on this list, try using FatWallet's Black Friday app to find out how current deals on those items compare with anticipated Black Friday sale prices.