Dealing With People Who Say Yes but Mean No

When working with an attorney or a financial professional, have you gotten the brushoff? Have they failed to call you back or address your concern? Here's what to watch out for and how to handle this frustrating situation. 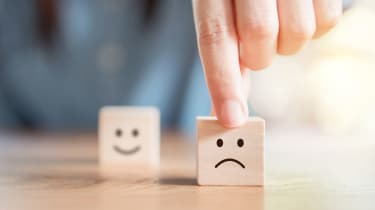 Short of immediately firing your lawyer, just what should you do when promised a return call, or that your matter “will be taken care of,” but it doesn’t ever happen? Or, stated differently, when is a “yes” really a “no”?

Julie wrote, “Ron, a friend from college — whose family is related to mine — just became an attorney and is working for the wills and estate law firm that has managed my grandparents’ trust for years. Recently I was made a co-trustee and need to know what to do, but every time I ask Ron to schedule a meeting, I am put off, hearing, ‘I am so tied up now, but call me in two weeks.’

“When I do call, I am again put off! Changing law firms would be viewed as a great insult by my family. Honestly, I do not understand this ‘yes,’ which seems to be a ‘no.’ What explains this behavior? What should I try before firing Ron?”

Something We Are All Guilty Of

We have all been guilty of saying yes to an invitation or request, being polite, not wanting to embarrass or hurt the feelings of the person asking us by saying no.

“That’s human nature,” observes Art Markman, Ph.D., Professor of Psychology and Marketing at the University of Texas at Austin. “For many people, coming right out and saying no is extremely difficult.

“So, instead of a clear no, which has the potential of being viewed as a rejection or put-down, it is common to hear ‘Right now that’s not convenient,’ or ‘Let me discuss this with my family and I will get back with you.’

“The conversation might end there, as no answer is an answer,” he observes.

In purely social settings, when that “Yes, I’ll take care of it,” is followed by, “But I can’t do it right now, and I’ll get right back to you when I can,” there might be hurt feelings, but little concrete harm if we never do hear back.

“But just remove this from the realm of a social setting and into the business world or a lawyer’s or doctor’s office, and you could be looking at serious and very bad consequences,” Markman notes, and explains what accounts for this “yes, but” response Julie is hearing and how to deal with it.

“One of the major personality characteristics is called agreeableness. Agreeable individuals value getting along with others — which is good — but in the extreme, they fear not being liked, which leads to real problems.

“When a person who is very high on the agreeableness scale says no to your request, in that moment they experience a kind of panic, terrified that you don’t like them. In their twisted logic, they say no by saying yes.

“So, you ask, ‘Will you do this project for me?’ I reply, ‘Yes, but I can’t start until next Tuesday.’ You call me on Tuesday and I say, ‘Well, this other thing came up.’ What I keep doing is pushing you off, kicking you down the road because I fear saying, ‘No, I can’t do it, or I won’t do it or I don’t want to do it.’”

Creates Frustration and is Harmful

To Markman, overly agreeable people wind up saying what others want to hear, but they have no intention of following through. It is misleading and deceptive, and this “Yes, but” behavior can become highly destructive.

“These things you don’t want to do — which you kick down the road — they are going to come back. Not only is it dishonest, but it creates a lot of frustration in your interactions, in the long run. If you say that you will do something at a later time and don’t do it, now you have someone who isn’t just frustrated, but who has relied on your promise and did not find alternate plans to get it done. Real harm is often the result.”

And how do we deal with these people? Markman has a suggestion.

“If you are going to make a commitment, then you better follow through with it, and that’s part of our social contract. There should be no fear about ending a relationship where it is impossible to rely on promises made, and in the workplace, this kind of a personality routinely gets people fired, which they deserve.”

And what advice does Markman have for our reader who really does not want to change attorneys?

“The way of dealing with the over-agreeable person is to pin them down to date and time. I think the general rule should be, you get one and only one ‘yes, but.’ If they come through, great, and if not, find someone else.”

Fewer than 10% of investors use such free background checks as Investor.gov, BrokerCheck or IAPD to check their financial advisers’ backgrounds. These…
A Step-by-Step Guide to Being an Estate Executor

We spend a lot of time worrying about running out of cash in retirement. But you might be surprised to see some of the things you'll find yourself spe…
Considering a Structured Settlement? Watch Out for Fraud by ‘Bad Apples’

Considering a Structured Settlement? Watch Out for Fraud by ‘Bad Apples’

It’s happened again: Millions in payments to child victims of medical malpractice were stolen by fraud. Before you agree to any structured settlement,…