This strategy could lower your lifetime tax bite, let you collect higher benefits and extend the longevity of your portfolio. 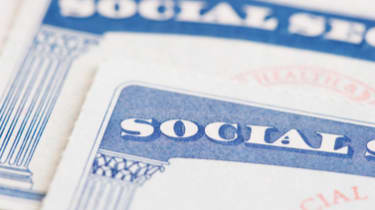 It's conventional wisdom that you should delay tapping your IRA as long as you can. There's also the tendency of most retirees to claim Social Security benefits as soon as possible. The unintended consequence: You're likely to shorten the life span of your nest egg.

A growing body of research shows that flipping the order may be wiser. You could lower the lifetime tax bite, collect years of higher benefits and extend your portfolio's longevity if you delay Social Security and take larger IRA withdrawals in the early years of retirement.

Retirees who collect reduced Social Security benefits early often need to take some IRA money to meet spending goals. These retirees could be hit by what's known as the "tax torpedo." This occurs when IRA withdrawals trigger the taxation of Social Security benefits—and push taxpayers into a higher marginal rate. For these retirees, the tax torpedo can last a lifetime.

By holding off on Social Security and living on IRA income in those early years, you could receive a larger government benefit later, thus reducing the amount of taxable income you'll need from your IRA. The smaller IRA withdrawals could also increase the likelihood that Social Security benefits will remain tax free.

The biggest beneficiaries of this strategy are retirees with portfolios of between $200,000 and $600,000, according to research by William Reichenstein and William Meyer, principals of consulting firm Social Security Solutions. For these retirees, Social Security represents a larger share of retirement resources than wealthier retirees, so delaying could have a stronger impact on a portfolio's longevity.

To avoid the tax torpedo, retirees who are developing an income plan must understand how IRA income and Social Security benefits are taxed. Every dollar withdrawn from a traditional IRA is taxed at ordinary-income tax rates. But James Mahaney, vice-president for strategic initiatives at Prudential Financial, says that Uncle Sam "treats Social Security income at a preferred rate": At least 15% of benefits and as much as 100% is tax free—depending on your total income.

In addition, Mahaney says, the formula that determines whether Social Security benefits will be vulnerable treats those benefits more favorably than IRA income. While 100% of IRA distributions count as "provisional income" for deciding what percentage of benefits will be taxed, only 50% of benefits are cranked into the formula. (Provisional income is adjusted gross income plus any tax-free interest income and 50% of Social Security benefits.)

As rising provisional income pushes more of your benefits into the taxable realm, your effective tax rate can soar. For higher-income beneficiaries, an extra $100 of income—or IRA distributions—can make $85 of benefits taxable. Taxing $185 at 25% costs you $46.25, the same as taxing your extra $100 at 46.25%.

Delaying benefits will get you a higher benefit amount later, and that can reduce the need for IRA income. By tipping provisional income toward Social Security income, you can reduce or eliminate the likelihood that your benefits will be taxed.

Consider this example from Mahaney. The Smiths and the Jacksons are 72-year-old couples who each have $69,000 in income. The Smiths, who claimed their Social Security early, take $45,000 from an IRA and collect $24,000 in benefits each year. The Jacksons, who delayed claiming, get $39,000 in benefits and take just $30,000 from their IRAs.

Extend the Life of Your Portfolio

The extra tax tab could have a big impact on a portfolio's longevity, according to a study by Meyer and Reichenstein. Taking large withdrawals from an IRA in later years can significantly boost the tax bill—and shrink a portfolio. If you are in the 25% tax bracket, for instance, you will need to take $1,000 to raise $750 in income. (Kiplinger's has partnered with Social Security Solutions to help readers maximize lifetime benefits. Go to kiplinger.socialsecuritysolutions.com.)

The researchers offer this example of an individual who has $700,000 in an IRA when he retires at 62. Starting at that age, he needs after-tax income of $36,150, which is adjusted for inflation over a 30-year retirement. (His portfolio grows at an inflation-adjusted 1.2% a year.) He is due $18,000 a year in Social Security benefits if he collects at his full retirement age of 66.

In this scenario, claiming early causes multiple costly problems. The reduced benefit means the retiree will have to withdraw more from his IRA, and since every dollar withdrawn is taxed, he'll have to withdraw even more to cover the tax bill. "It's a double whammy," Meyer says. "You are getting reduced Social Security benefits, and because you need to withdraw more from your tax-deferred account, it kicks up your provisional income and more of your benefits are taxable."

By delaying until 70, the retiree gets an extra $10,260 in benefits than if he had claimed at 62. He reduces his taxable IRA withdrawals. And by substituting Social Security income for IRA income, his provisional income is lower. The result: a smaller tax tab on his IRA withdrawals and benefits. 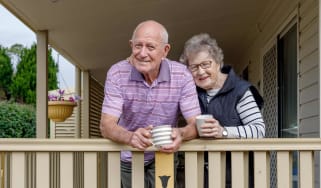