3 States Where You Will Want to Retire Forever 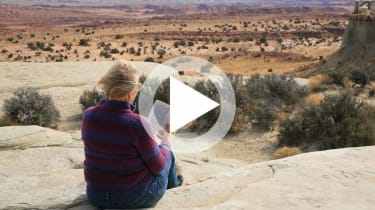 Think hard about which state you plan to live in during retirement. Some are more welcoming than others. We ranked all 50 states on retiree-friendliness. Here are the top three.

First on the list is South Dakota. Winters can be cold, but health-care costs are below average and tax policies favor retirees. Good cities to target are Sioux Falls and Rapid City.

The second-place finisher is a good choice for active retirees. Utah boasts dozens of national and state parks, plus plenty of options for boating and skiing. Check out St. George, an affordable city near the Arizona border.

Coming in third is Georgia. Mild weather and cheap living costs make the state especially appealing to retirees. Consider settling in Sandy Springs, a charming small city that’s close – but not too close – to Atlanta.

Check out seven more of the best states for retirement. Plus, take a look at the 15 states to avoid in retirement.

You definitely need a plan, because what’s ahead could be scarier than what’s behind us.
Election 2020: Joe Biden's Tax Plans