Not Johnny Depp? You Still May Need Asset Protection

The actor was living a $2 million-a-month life of luxury, but then a fallout with his manager led to an eye-popping lawsuit and countersuit. 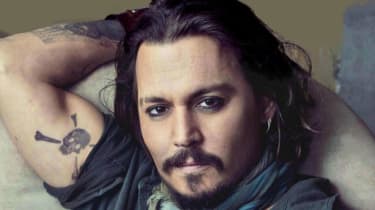 A pair of multimillion-dollar lawsuits involving Johnny Depp’s assets and their protection, or lack thereof, has brought to light the importance of having a strong estate plan with asset protection built in. With 15 million lawsuits filed annually in the U.S., protecting your family’s legacy and assets has become increasingly important if you have high net worth.

This is what happened to Depp: In 1999, the star of Pirates of the Caribbean, Edward Scissorhands and other iconic Hollywood films hired The Management Group (TMG) to handle his expenses as his business manager. By then Depp had become an established, very wealthy actor who led a lifestyle that included 14 homes, a $75 million yacht and $30,000 a month for wine. Depp’s lifestyle cost him in excess of $2 million per month, which was exceeding his cash flow, his business managers later alleged in court documents.

In January 2017, Depp hired a new business manager and conducted a financial analysis of his assets. He claimed to have discovered serious investment losses made by his former manager, and filed a lawsuit in California Superior Court, seeking damages of about $25 million.

TMG then hit back with a countersuit alleging that earlier in his career, Depp borrowed $5 million from TMG to cover the expenses of his lifestyle and had allegedly defaulted on this loan. The countersuit sought to recover his loan by foreclosing on some of Depp’s assets.

As an attorney looking at these law suits, it is unclear to me as to the validity underlying the basis of the original lawsuit, given Depp’s joie de vivre. There is sometimes speculation about why these types of lawsuits are initiated. Some lawsuits are filed to curtail the collection and foreclosure proceedings on an outstanding debt as a tactical or strategic move to settle the case for less. Was there a legal basis for the claim? The courts will have to sort that out.

Regardless, there are lessons to be learned from Depp’s experiences — and it’s not that the rich are different from you and me.

If Depp were $5 million in debt when he first filed the lawsuit against his former manager, the countersuit brought against him could endanger further the ownership over his personal assets.

If Depp had established an asset-protection plan, he could have ensured that his personal wealth was protected from any potential lawsuits. In effect, it would have placed Depp’s assets under the ownership of a trust.

Depp would not legally own the assets, as they would be owned by the trust itself — protected from any lawsuits brought against him.

Since we know just how litigious our country can be if you have significant assets, it is prudent to create effective asset protection for them. Consider placing them into a protective trust. There are many to choose from.

Make certain that the trustee has hired a reputable investment manager for its assets. It is always best to separate your financial dealings with your investment professionals from a personal manager to avoid any conflicts of interest. After all, a manager may not be an investment expert.

When establishing an integrated estate and asset-protection plan, be mindful that the professionals and fiduciaries selected by the client have the requisite checks and balances.

There’s a lesson in the Johnny Depp saga: Protecting your assets and family’s legacy should always be an important part of any comprehensive estate plan.

We home in on two places with less traffic and lower costs.
Exit Strategies for Charitable Remainder Trusts

CRTs offer tax and income-planning flexibility as life changes over the years.
For Financially Responsible Kids, Do NOT Do These 3 Things

The key to putting your kids on the right financial path can be boiled down into one sentence.
Skip to ContentSkip to Footer