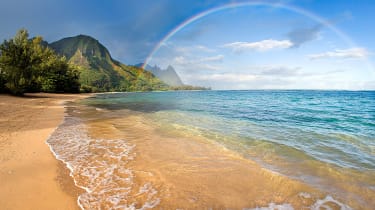 Hawaii fits the image of an idyllic retirement destination, but it doesn't fit the budget of every retiree. The overall cost of living in the Aloha State is undeniably high. But living expense is just one factor when it comes to picking a place to retire. We ranked all 50 states for retirement based on several financial factors, figuring that the best states for retirees will offer reasonable living costs relative to retirement incomes and light tax burdens, as well as affordable health care options. We also favored states that are economically healthy and home to fit, active and relatively prosperous residents age 65 and over. After crunching all of the numbers, Hawaii (somewhat surprisingly) ranked second on our list of the best states for retirement despite the price tag.

As you'd expect on an island paradise, living ain't cheap. In fact, Hawaii sports the highest living costs in the country. And yet, the landscape turns out to be idyllic for retirees' finances. For one thing, the seniors who have settled there can afford it. The average household income for people age 65 and older is the highest in the U.S. at 33.8% above the national level. Plus, health care costs are surprisingly affordable at 11.4% below the national average. Credit that to the Aloha State's highly efficient health care system—ranked tops by Bloomberg—and its healthy population, snagging the third highest spot in the United Health Foundation's Senior Health Report rankings, which are based on people's behaviors, such as physical activity, as well as community support and clinical care available.