The Case for Owning Fewer Stocks in Your Portfolio

One study found that returns would rise sharply (with little effect on risk) if managers would pare their holdings to their 20 to 30 favorite stocks. 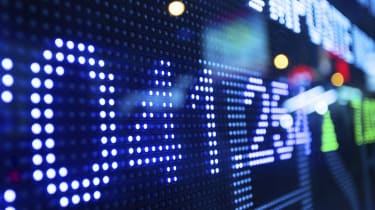 It stands to reason that picking five stocks is easier than picking 50. So why doesn’t that concept apply to most mutual funds? The average U.S. stock fund holds about 100 issues; American Funds’ popular Growth Fund of America (symbol AGTHX) owns 285, and venerable Fidelity Contrafund (FCNTX) holds 335.

One reason fund managers own a lot of stocks is that diversification dampens risk, which I define here as volatility—how much an investment’s returns swing from day to day, month to month and year to year. But you don’t really have to own hundreds of stocks to reduce volatility.

For instance, Edwin Elton and his colleagues conclude in their textbook, Modern Portfolio Theory and Investment Analysis, that if you own 1,000 stocks, your portfolio will be 61% less volatile than if you own just one stock. But if you own 20 stocks, your risk falls 59%, or nearly as much as it declines with 1,000 stocks.

I asked Robert Burnstine, the lead manager of Aston/Fairpointe Focused Equity Fund (AFPTX), why most managers own so many stocks. They are, he says, “benchmark huggers.” That is, they’re afraid their returns will deviate too much from Standard & Poor’s 500-stock index in a bad year. Moreover, says Burnstine, “humans can’t sit still. They have to do something.” That is, they have to constantly trade stocks even though “you can’t follow all those companies.” (Funds in boldface are those I recommend.)

Burnstine himself has been managing focused, or concentrated, portfolios for 14 years, first at Harris Associates, which runs the Oakmark funds, and then for private clients at Aston/Fairpointe, which launched its focused fund last December. Aston/Fairpointe Focused Equity holds 32 stocks, none representing more than 6% of total assets. Burnstine aims to sell and replace about eight of them annually.

Makes sense. As Warren Buffett wrote in the 1993 annual report of Berkshire Hathaway: “If you are … able to understand business economics and to find five to ten sensibly-priced companies that possess important long-term competitive advantages, conventional diversification makes no sense for you. It is apt simply to hurt your results and increase your risk. I cannot understand why an investor of that sort elects to put money into a business that is his 20th favorite rather than simply adding that money to his top choices. … In the words of the prophet Mae West: ‘Too much of a good thing can be wonderful.’ ”

A focused fund, however, is no silver bullet. Morningstar calculates that the 398 such U.S. stock funds (those with fewer than 40 holdings apiece) returned an average of 15.4% annualized over the past five years, compared with 16.2% for all 2,426 U.S. stock funds.

Naturally, there are good focused funds and bad ones. Although a fund that owns 200 stocks won’t stray much from the S&P 500, a fund that owns 20 can court disaster. A good example is CGM Focus (CGMFX), managed by Ken Heebner. After returning a stunning 80% in 2007, the fund plunged 48.2% the following year (compared with a drop of 37.0% for the S&P index) and sank 26.3% in 2011 (compared with a gain of 2.1% for the index). The fewer the holdings, the more you need an excellent manager. Here are some examples:

-- Donald Yacktman founded what is now called AMG Yacktman Focused (YAFFX) 18 years ago and now comanages it with his son Stephen and Jason Subotky. The fund owns 28 stocks, led by Procter & Gamble, which represents 9.5% of total assets; Pepsico, at 8.9% (which, by the way, is the number-one holding of Burnstine’s fund); and Coca-Cola, at 6.7%. The top three stocks account for one-fourth of the fund’s assets, and the top 10 account for 58%. That’s concentration! The fund has beaten the S&P by an average of 2.3 percentage points per year over the past decade and, according to Morningstar, ranks in the top 1% of its category (funds that invest in large companies with a blend of growth and value attributes). Plus, over the past 10 years, the fund has been no more volatile than the market as a whole. (All returns are through June 30.)

-- Although Chuck Akre has been running concentrated portfolios since 1997, his current fund, Akre Focus (AKREX), was launched only in 2009. The fund, which focuses on fast-growing midsize companies, has returned an annualized 19.7% over the past five years, an average of 2.4 percentage points per year better than the S&P 500. The fund has just 26 stocks, with the top 10 accounting for 61% of assets. The three largest are American Tower, a real estate investment trust that owns wireless towers; insurer Markel Corp.; and Moody’s, the credit-rating service. The fund’s volatility has actually been lower than the market’s over the past five years. Focus’s main drawback is its 1.35% expense ratio. But turnover is low, so transaction costs (from buying and selling shares) are minimal.

-- If you have a lot of patience and a high tolerance for risk, then invest with Bruce Berkowitz, who runs Fairholme Fund (FAIRX) much like a hedge fund, making large bets that can take several years to pay off. The fund owns just 10 stocks, plus Fannie Mae and Freddie Mac debt. The top holding, American International Group, the insurance company, represents a whopping 28% of assets, and the second-biggest holding, Bank of America, accounts for 17%. Volatility, as you might imagine, is high—about 50% greater than the market as a whole, according to Morningstar. But investing with Berkowitz for a cost of 1% of assets a year is a bargain compared with what the typical hedge fund extracts.

-- Bill Nygren’s Oakmark Select I (OAKLX) beat the S&P 500 in six out of seven years through 2014 and ranks in the top 2% of all large-company blend funds over the past 15 years. Unlike Berkowitz, Nygren keeps his portfolio of 20 stocks well balanced by selling shares of big winners and buying losers. Top holdings are MasterCard; TE Connectivity, a maker of electronic components; and Google. Oakmark also extracts relatively low expenses from investors—0.95% a year—while most focused funds charge well above 1%.

And don’t forget Burnstine’s Aston/Fairpointe entry, which leans toward value stocks that offer what Buffett’s mentor Benjamin Graham called a “margin of safety.” Among them are Hewlett-Packard and Cisco Systems.

These funds all support the notion that fewer choices are better choices. Further proof is an elegant study by Danny Yeung, of the University of Technology in Sydney, Australia, and three other researchers. They found that returns would rise sharply (with little effect on risk) if fund managers would just pare the number of stocks they hold to their 20 to 30 favorites.

The case for fewer stocks is overwhelming, both for the mutual funds you buy and the portfolios you create yourself. But there’s a catch. You have to be an active investor, with an eye for great managers, and you have to be comfortable with volatility, committed for the long haul and willing to ride out the inevitable ups and downs. That’s only fair.

James K. Glassman, a visiting fellow at the American Enterprise Institute, is the author, most recently, of Safety Net: The Strategy for De-Risking Your Investments in a Time of Turbulence. He owns none of the funds or stocks mentioned.