Our picks should deliver solid long-term gains with less drama than the racy tech and biotech stocks strutting in the limelight. 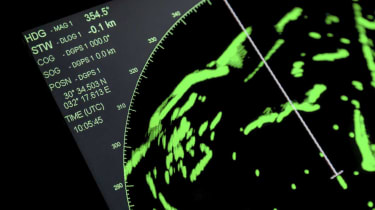 Buying growth stocks can take a leap of faith these days. Sure, you can quickly double your money by successfully picking the next Facebook (FB). But price-earnings ratios today for rapidly growing companies are typically two to three times greater than the overall market’s P/E. Facebook, for example, checks in at 42 times estimated year-ahead earnings. That doesn’t mean rapidly growing companies are bad investments. But if their growth falters, even by a whisker, the knives will come out quickly.

More compelling are growth stocks that are found slightly off this well-worn path. Though they aren’t cheap, they aren’t as frothy as the darlings of the growth crowd. And although they aren’t as exciting, they can still generate solid returns, potentially with less risk than stocks with higher expectations built into their share prices.

We scoured the market for these lesser-known growth stocks, looking for companies with attractive sales momentum, reasonable P/E ratios (relative to their expected growth rates) and potential for double-digit percentage annual gains over a three-to-four-year time horizon. You won’t find any social media or sizzling biotech stocks on our list; our picks include a lighting company, a drugstore chain and a car dealership. These stocks may not surge in a matter of months, but they can deliver solid returns for years. (All prices and related figures are as of July 29; P/E ratios are based on estimated earnings for the next four quarters.)

Many people and businesses are getting rid of incandescent lightbulbs in favor of light-emitting diodes, spending a bit more per bulb to save on energy costs down the road. As the leading designer and manufacturer of lighting fixtures and systems in the U.S., Acuity Brands (symbol AYI) is at the forefront of this trend. LEDs accounted for 40% of its sales in the fourth quarter of 2014, up from 4% three years earlier. As manufacturing costs drop for LED technology, profit margins should go up. Acuity is also benefiting from the housing and commercial building recovery; sales rose 15%, to $2.4 billion, in the fiscal year that ended in August 2014, and earnings climbed 20%, to $3.97 per share. At 31 times estimated year-ahead earnings, the stock is not cheap, but Acuity’s profitability and high quality should drive the shares higher, says Jason Hans, manager of the BMO Large-Cap Growth Fund (MASTX).

CVS (CVS) isn’t just a giant drugstore chain; it’s a pharmacy benefits manager with more than 70 million members. And it’s expanding into health care services with walk-in “Minute Clinics,” aiming for 1,500 facilities by 2017, nearly double the count from 2014. The company has teamed up with Cardinal Health (CAH) to buy generic drugs at a deep discount, which helps boost CVS’s profit margins, and its clinics are starting to offer more sophisticated services, such as injections and monitoring of chronic health conditions. That attracts more customers to its stores. Speaking of which, CVS plans to add about 1,660 stores by taking over the pharmacy business of Target (TGT) for $1.9 billion (subject to regulatory approval). That would boost CVS’s total store count to more than 9,400. “CVS has a lot of growth ahead,” says David Yepez, an analyst with Exencial Wealth Advisors in Oklahoma City. Wall Street expects sales to grow 8% in 2016 and forecasts profit growth of about 14%.

Car shoppers may be noticing that there are fewer dealerships in their area. That’s no coincidence. The number of car stores in the U.S. slipped from 17,700 to 16,696 by the end of 2014, strengthening such major dealerships as Group 1 Automotive (GPI). With 148 stores—up from 95 in 2010—the company saw revenue climb an average of nearly 16% a year from 2010 through 2014. Brands in its lineup include Toyota, BMW and Volkswagen—none accounting for more than 30% of sales—and revenue should continue to rise as demand for new vehicles rebounds, says Eric Marshall, a fund manager with Hodges Capital Management, in Dallas. Although Group 1 is no longer expanding its store count as rapidly, the company has a healthy balance sheet, which should enable it to buy more dealerships in the years ahead. Wall Street sees earnings jumping 21.3% this year and 10% in 2016, reaching $7.83 a share.

Based in Ireland, Horizon (HZNP) specializes in two things: making drugs for rare medical conditions and buying other drugmakers. The stock has rocketed more than 14-fold since 2013 as sales and profits have surged. Horizon is now trying to buy U.S. rival DepoMed for $1.75 billion, though the company has rebuffed the offer. Even if the deal doesn’t pan out, analysts expect Horizon’s sales to climb from $649 million this year to $832 million in 2016, with profits jumping 42% in 2016, to $1.85 per share. Although the stock isn’t cheap at 25 times earnings, the company has little debt and plenty of firepower for more acquisitions. “It’s a dynamic growth story,” says Marshall, “and we’re willing to pay a higher P/E multiple for that growth.”

Plastic plates may not be anyone’s idea of a growth business. But disposable tableware is appealing to Jarden (JAH), which recently announced plans to buy the leading manufacturer, Waddington Group, for $1.35 billion. Jarden grows by buying other businesses, and it has successfully rolled more than 120 consumer brands into its company, which now sells everything from Bicycle playing cards to Coleman tents. Sales have climbed an average of 30% a year since 2002, from $368 million to $8.3 billion in 2014. Although Jarden expects annual sales growth of only 3% to 5%, it aims to boost earnings by at least 10% a year by lifting profit margins and acquiring more businesses. The stock, whose P/E is slightly higher than the market’s, has plenty of room for appreciation, says Andrew Burns, an analyst with investment bank DA Davidson, who thinks the stock will reach $65 over the next 12 to 18 months.