3 Big Companies on the Cutting Edge

Smart investors can get a lift from innovation happening at large, well-established firms. 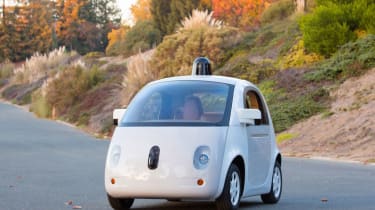 Small companies aren’t the only ones involved in the megatrends that are shaping the future. Titans of industry are there, too, in a big way. The challenge for investors is that the profits from nascent trends are rarely enough to move the needle on the stock market value of a behemoth whose revenues are broadly diversified or predominantly generated by other businesses. Still, investments in innovative businesses and strategies will ultimately benefit many big companies, making some of them good ways to invest indirectly in key trends.

Consider Google (symbol GOOGL, $534). It generates 89% of its revenues from Internet-search advertising, but it has tentacles spreading into other cutting-edge trends, such as the Internet of Things. Every consumer device that Google connects to the Internet delivers information that the company can aggregate in order to target users with a growing number of relevant ads. Google burst onto the home-automation scene with its acquisition last year of Nest, which makes smart thermostats and smoke detectors. Wearable devices include Google Glass (shelved for now) and Android Wear smart watches.

And Google’s self-driving car, unveiled last December, is the ultimate connected device. In the not-too-distant future, says Gavin Baker, manager of Fidelity OTC Portfolio, all cars are likely to be self-driving or assisted-driving. “If Google software and computing powers that, it’ll be very financially relevant” for the company, he says. Google also acquired eight robotics companies in 2013. And its venture-capital arm has a sizable stake in personalized medicine.

Amazon.com (AMZN, $374) is similarly on the cutting edge. The company will soon divulge the size of its cloud-computing business, which is likely its fastest-growing segment. And a major push into robotics has the potential to cut costs in its e-commerce business big-time. Amazon bought Kiva Systems in 2012 and now counts 15,000 Kiva robots working in its distribution centers. CEO Jeff Bezos has spoken about the company’s aspirations to use drones to deliver merchandise. “People have to analyze what robotics could do to the bottom line,” says Cathie Wood, head of Ark Investment Management, which sponsors four actively managed exchange-traded funds that focus on innovative technologies. “It could be a tremendous boost to profit margins.”

With some firms, the promise of innovation in one area is overshadowed by older, stodgier businesses. General Electric (GE, $25) is developing the Internet of industrial things, which it calls the “industrial Internet.” GE’s software applies powerful analytical tools to streams of data harvested from heavy equipment—think wind turbines or locomotives—to boost efficiency and cut downtime. CEO Jeffrey Immelt has said that industrial Internet operations could generate annual revenues of $4 billion to $5 billion in a few years. That’s a pittance compared with the $150 billion a year in sales that GE generates now. Meanwhile, although the GE Capital division is shrinking, it’s still on target to account for 25% of profits in 2016. “We don’t own GE—too much financial services,” says Wood. But she’s watching the company—in particular, GE’s use of 3D printing in its manufacturing processes. “It’s veering into the right spaces,” she says.

Check out our earnings calendar for the upcoming week, as well as our previews of the more noteworthy reports.
6 EV Stocks Every Investor Should Know 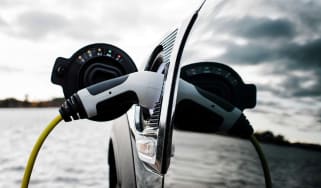 Investors have only a few pure-play EV stocks to choose from, but they should all be familiar with these electric-vehicle companies.
Stock Market Today 7/31/20: Big Tech Roars, Everyone Else Snores