3 Bargain Stocks to Beat the Market

The Value Line Investment Survey sees a strong year ahead for these picks. 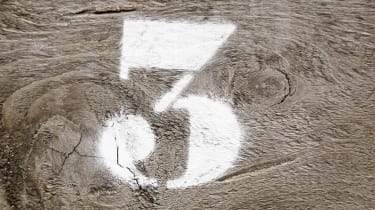 With the help of the Value Line Investment Survey, we’ve identified three bargains with timeliness ratings of 1, meaning that Value Line believes they are primed to outpace the market over the next year. (Prices are as of May 1.)

Biotech giant Gilead Sciences (symbol GILD, $105) trades for just 10 times projected earnings, about 45% less than the price-earnings ratio of the overall market and 60% less than the P/E of Gilead’s biggest rivals. Wall Street is down on Gilead because it has been cutting the price of its blockbuster hepatitis C drugs, Sovaldi and Harvoni, and signing profit-sharing deals with generic-drug companies. The moves will pare Gilead’s profit margins, but they make the drugs more attractive to the insurers and government agencies that pay the tab. Gilead just began paying a dividend.

Shares of semiconductor maker Micron Technology (MU, $29) have sunk by more than 17% since December because of slumping personal computer sales. But Micron has new contracts with suppliers and partners that will pare expenses and possibly boost sales in 2016, says Value Line. The stock sells for only 9 times estimated 2015 profits. Value Line sees earnings surging this year and in 2016.

Shares of Chicago Bridge & Iron (CBI, $50), which builds infrastructure for energy companies, have tumbled 37% since April 2014, a victim of the drop in oil prices. The Netherlands-based company recently trimmed its outlook for 2015, but it has plenty of projects in its backlog and expects earnings to rise this year. CBI is flush with cash, which it plans to use to repurchase as much as 10% of its shares. The stock sells for 9 times estimated profits, giving it above-average long-term potential, says Value Line.