11 Stocks to Cash In on the Strong Dollar

The dollar’s power is a sign of a good economy, but not for all stocks. Pick wisely to take advantage of this trend. 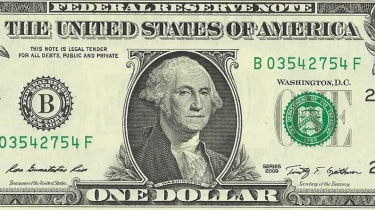 The greenback is on a tear, and that has implications for your stock portfolio. Although the value of the dollar is only one cross-current affecting the stock market, a little tweaking may be in order.

The U.S. dollar index, which measures the value of the greenback against a basket of foreign currencies, has jumped 10% since it started to spike in early May. The buck should continue to strengthen as the Federal Reserve Board moves toward a tighter monetary policy and eventually higher interest rates, while central banks abroad are easing.

The good news is that a strong dollar is a sign that prospects in the U.S. are bright. “It’s a confirmation that the U.S. economy is doing better than the rest of the world,” says John Toohey, who directs stock investments for USAA.

The benefits of a strong dollar go well beyond American tourists abroad getting more bang for their buck. Imports here become cheaper, saving money for companies that buy goods or materials overseas for merchandise sold here and boosting spending power for consumers. Energy costs in the U.S. move down as the dollar moves up, because the global oil market and other commodities markets are priced in dollars. So not only will your imported car be cheaper, but you’ll fill it up for less, too.

As for investments, U.S. stocks benefit by attracting overseas investors seeking higher, dollar-denominated returns. (As the buck strengthens, their investments in the U.S. translate into more euros, yen, pounds and other currencies.) A rising dollar typically doesn't trip up bull markets. In fact, according to a recent report from Charles Schwab, since 1978, the S&P's average gain during periods when the dollar is rising beats the average gain when the dollar is sinking, 59% to 31%.(From April 2011, when the current bull market in the greenback began, through October 7, the U.S. dollar index gained 17%.)

But a strong dollar isn’t an unadulterated blessing. Exports become less competitive overseas and earnings from abroad translate into fewer dollars here. Bespoke Investment Group recently compared the performance of stocks in the Russell 1000 index that generate more than half of their revenues outside the U.S. with those that generate more than 90% of sales domestically. From the start of the year through October 2, the international basket of stocks gained 1.7%, while domestic shares rose nearly 7%.

Multinational companies in commodities-related businesses, including energy, industrial and basic materials firms, have taken dollar-related hits already. More bad news might be reflected in upcoming third-quarter earnings reports, says Toohey. “If you look at what could get hurt, tech companies have a lot of sales outside the U.S. So do companies that make consumer staples, such as Coca-Cola (KO), PepsiCo (PEP) and Proctor & Gamble (PG). These companies have businesses all around the world.” Consider: Apple (AAPL) derives 61% of its sales overseas; International Business Machines (IBM), 65%; and Chevron (CVX), 76%. P&G sells household goods in 180 countries, with more than 60% of sales coming from outside the U.S. and Canada.

In general, you’ll find a higher percentage of domestic revenues among small-company stocks. Industries that tend to rise along with the dollar include airlines, homebuilders, insurers and general merchandise retailers.

Bill Bell, portfolio manager at Atlanta Capital Management, favors retailers in the current rising-dollar environment. “Retailers will buy at more favorable rates, so their profitability will go up. And deflation helps consumers in general. They’ll have more money to spend on discretionary items like clothing.” He recommends The TJX Companies (TJX, $60), the largest U.S. off-price apparel and home fashion retailer in terms of sales (some of which come from Europe and Canada). He also likes Ross Stores (ROST, $75), a deep-discount retailer that operates exclusively in the U.S. and the U.S. territory of Guam.

Banks and other financial stocks with a U.S. focus are also good bets. Bell recommends City National (CYN, $74), a Los Angeles–based bank that provides banking, investing and trust services to small and midsize businesses, entrepreneurs and affluent customers, many of them involved in the film industry.

USAA’s Toohey also likes financials. “With the strong dollar you have to decide between banks and utilities,” he says. “Both are domestically oriented. But if you think interest rates are going to start creeping up, then you have to go with the banks.” Utilities tend to move in tandem with bond prices, which fall when rates rise. Toohey recommends Capital One Financial (COF, $81), one of the nation’s largest credit card issuers, and PNC Financial (PNC, $83), which is headquartered in Pittsburgh and operates banks in 19 states and Washington, D.C.

Bespoke Investment Group offers its own list of attractive companies that derive most of their revenues in the U.S. They include insurer The Allstate Corp. (ALL, $61), health care benefits provider UnitedHealth Group (UNH, $84), financial-services giant Bank of America Corp. (BAC, $17), retailer J.C. Penney (JCP , $9) and Reynolds American (RAI , $59), the tobacco company.

Bonds can be more complex than stocks, but it's not hard to become a knowledgeable fixed-income investor.
Stock Market Today 10/27/20: Bearish Tone Remains as COVID Picture Worsens 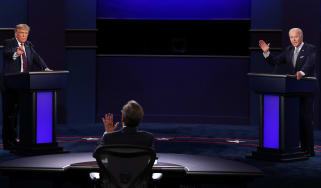 Myths abound, but when it comes to your portfolio, it's not as simple as which party wins the White House.