With strong Q1 gains under investor belts, now comes earnings season and a flurry of economic news. Whither tax reform? 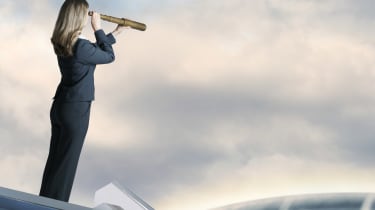 So long Q1, it’s been good to know ya. What’s the outlook for April and the rest of the year?

25 Dividend Stocks You Can Buy and Hold Forever

More positive than negative, actually, for the immediate future. The Trump bump lost some momentum in March thanks to the GOP failure to repeal Obamacare, but both markets and corporate results delivered solid results in the first quarter. Hospital stocks rallied. Meanwhile, year-over-year quarterly profit growth is projected to have hit a multi-year high. And we haven’t gotten to earnings season yet.

The technology heavy Nasdaq Composite led all comers with a 10% gain, setting record highs in Q1. The Standard & Poor's 500-stock index added 6%, while the blue-chip Dow Jones Industrial Average gained 5%. It was the Dow's sixth consecutive quarterly gain, its longest streak since 2006. The Russell 2000 index of small companies rose 2%.

Top performing sectors three months into the year include information technology with a 12% gain and heath care, which is up 8%. Consumer discretionary and consumer staples are up 8% and 6%, respectively.

First-quarter sector laggards include energy, down 7%, and telecommunications services, which lost 5%.

The first quarter may look better when earning season debuts in mid April. Analysts are expecting good things. S&P 500 earnings growth is forecast to rise 9.1%, according to FactSet. That would represent the highest year-over-year quarterly growth since the final quarter of 2011.

Drilling down, the financials sector is expected to record the highest year-over-year increase, up 15%. Rising interest rates should fuel the sector over the course of the years. Stocks that stand to gain from higher rates include Bank of America (symbol BAC), JPMorgan Chase (JPM) and Berkshire Hathaway (BRK.B).

After financials, earnings for IT and materials are expected to rise 13% and 11%, respectively. The industrials sector is forecast to be the quarter's biggest loser, with a 7% drop in year-over-year earnings.

There are some prominent names going ex-dividend next week: Cisco Systems (CSCO), Kimco Realty (KIM), JPMorgan Chase, American Express (AXP), and General Mills (GIS). A dividend stock’s ex-dividend date is the last day on which an investor can buy shares and still qualify for the next dividend payment. Properly timing your dividend payments allows you to generate income for every month of the year.

The markets also will be focusing on upcoming economic releases. Among the highlights, the Institute for Supply Management will release its manufacturing index on Monday, April 3. Although manufacturing is a small part of the economy relative to services, it's considered to be better barometer of the economic cycle. The Apr. 4 report on new factory orders will serve much the same purpose.

Also on Tuesday, the Commerce Department's balance of trade report will garner extra attention, given the Trump administration's hawkish stance on bringing down deficits with major trading partners such as China.

The mother-of-all releases comes Friday, Apr. 7. That's when the Labor Department will issue the March jobs report. The economy created 235,000 jobs in February. But Kiplinger's economic outlook expects hiring to slow to an average rate of 160,000 a month in 2017.

The market's overarching concern heading into April is the prospects for corporate tax reform, especially after the failure of the health care bill left investors feeling jittery, says Michael Townsend, chief for legislative and regulatory matters at Charles Schwab & Co.

"[Tax reform] is likely to be a lengthy and convoluted process, with unpredictable hiccups along the way," Townsend writes. "Investors should be wary of reading too much into the inevitable fits and starts, and remain focused instead on their longer-term goals.”