The Case for Doing Absolutely Nothing in Today's Market

In 2018’s topsy-turvy market there’s still one constant to stand by: dividend growth. 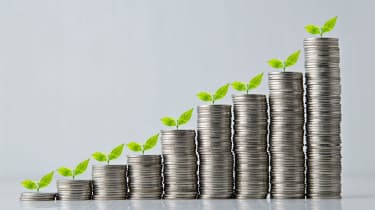 Too many breathless financial media headlines convey the message that you must buy a stock or fund (or something else) right now because if you dither on such a grand opportunity, the world will beat you to it. I’ve been guilty of such rushing plenty of times, with genuine regrets.

But 2018 has been so unusual that despite (or because of) my standard practice of researching the market and conducting informative interviews, I’m convinced that the best strategy today for income investors is to stand firm, make no material moves, keep your IRA and 401(k) contributions flowing if you’re still working, and take what the market and the banks give you. To borrow the advice of a lifelong friend, given 40 years ago when I attended a wedding in an unfamiliar church: “Don’t do anything, because anything you do will be wrong.”

For example, look at U.S. stocks. Weekly (or sometimes daily), we swing from wildly bullish (Boffo earnings! Economic growth! Corporate tax cuts! Buybacks!) to bearish or terrified (Trade war! Higher interest rates! Inflation! Labor shortages!). You cannot guess or fight what traders will do. Plus, frequent ins and outs never work anyway, because all too often they cause you to miss a dividend or to owe taxes needlessly. The one constant in 2018 is high and rising dividends. And because dividend growth is the best of all reasons to keep stocks for the long run, I say, carry on.

What about bonds? Yes, you’ve lost some principal in 2018, and you may lose a little more. (I’m sticking with my forecast of a 2% loss overall for the year.) But I meet all the time with bond pros who argue that instead of selling your mildly devalued bonds and funds and hunkering down entirely in ultra-short maturities, the right course is to stay with the long-term, high-coupon municipals and BBB-rated corporates that have delivered amazing results for years. On the same day that I read an article equating the 2.3% year-to-date loss in investment-grade corporate bonds with trouble verging on Armageddon, I visited with Princeton Asset Management’s Adam Falcon, who is finding sound and underpriced bank bonds and other high-grade corporate issues—a few with coupons as high as 7%. Active fixed-income managers are doing just fine.

The flattening of the yield curve has provoked more fire alarms. That happens when 30-day Treasury debt pays 1.87% and 30-year T-bonds pay 2.94%. That’s right: A three-decade loan to the Treasury (despite its trillion-dollar deficit) pays only about one percentage point more annually than a money market fund. History says that when the curve “inverts,” meaning short-term rates exceed 30-year yields, it’s a cinch we’ll suffer a recession. But today’s nearly inverted curve is a false positive.

Treasury yields out to 2048 are paltry because competing yields remain even lower in Europe and Japan, where central bankers have yet to tighten monetary policy. And short-term rates in the U.S. are creeping up because the Federal Reserve believes they were too low for too long and that permanently cheap credit is wickedly inflationary (although it’s likelier that rising oil prices or salaries would be first to boost inflation). Low interest rates have become the way of the world. The Fed is in danger of overreacting to a phantom problem.

So my message is that what has worked well for you over many years will surely outlast 2018’s swings. Ignore the pitches for exotica promising Hail Mary gains. For example, emerging-markets bonds (Turkey! Argentina! Nigeria!) are perilous while the U.S. dollar is so strong. Take a break from tinkering and fretting. Your savings are safe.