Our picks boast low fees, can invest in plenty of good funds, and have asset mixes for every kind of investor. 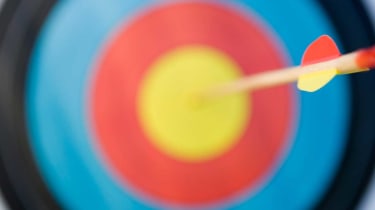 Target-date funds are more popular than ever these days, in part because they have become standard features of workplace retirement plans. But the best thing about target-date funds is that the managers take care of everything. They craft a portfolio of stocks, bonds and other assets that are appropriate for your time horizon. And over time, the fund managers rebalance regularly and gradually shift the asset mix to a more conservative blend.

But not all target-date funds are created equal. Three features, it turns out, can make the difference between a good target-date fund and a bad one. The so-called glide path—the proportion of stocks and bonds in the portfolio and how it changes over time as the target date approaches—is one factor. Another, of course, is the innards—the quality of the funds that fill the portfolio. (Target-date funds are usually made up of several other funds from the same fund family.) Finally, expenses matter. As with any investments, the less you pay in annual fees, the better. Taking those factors, as well as a few others, into consideration, we found five target-date series worthy of mention. (All returns and data are as of September 18.)

The good thing is that, despite having less in stocks, you don’t give up much in the way of performance, and you get a slightly smoother ride. Over the past three years, mostly a period of strong returns for U.S. stocks, the One Choice 2055 fund produced an above-average return with below-average volatility. Its 9.0% annualized return ranks among the top 28% of all 2055 target-date funds, and the fund was 7% less volatile than the average fund in its category. Better yet, during the choppy market of recent weeks, this fund and its One Choice target-date brethren held up much better than most of their rivals.

The funds in the One Choice series hold 18 to 21 American Century funds, many of which were top performers in their category, at least in recent years.

One last note: The target-date series’ glide path stays fixed after the funds hit their target year. But that final allocation may be more aggressive than the early part of its glide path would suggest. The One Choice In Retirement Portfolio (ARTOX) usually holds 45% in stocks, 45% in bonds and 10% in cash. The typical target-date retirement income fund, by contrast, has 31% in stocks and 54% in bonds and 14% in cash and other investments, including preferred stocks and convertible bonds.

As a rule, Kiplinger doesn’t recommend funds that levy sales charges. And that’s why we don’t often write about the American Funds, which offers many fine products but charges a load if you buy the fund directly or through an adviser who is compensated through commissions. But investors generally don’t pay a load to buy shares in American target-date funds if the funds are offered in their workplace retirement plan.

American is one of the biggest and oldest fund firms in the country. Many of its funds are among the biggest, by assets, and have solid track records. Such outstanding funds as New Perspective (ANWPX) and Washington Mutual (AWSHX) fill the Target Date series, which is one reason we like it. Other positives: Low fees and a glide path that shifts quarterly and continues to do so for 30 years after a fund has reached the target date.

Most of the funds in the American Target Date series rank in the top 10% of their peer groups over the past five years. American Funds 2030 Target Date (AAETX), which launched in early 2007, has outpaced most of its peers in every calendar year except 2010. The fund returned an annualized 10.3% over the past five years, ranking among the top 3% of 2030 target-date funds.

Even so, Schwab investors haven’t been disappointed. With a mix of actively managed and index funds from Schwab, as well as from Dodge & Cox, Loomis Sayles, Metropolitan West and Wells Fargo, among others, this series has racked up an impressive track record. Over the past 10 years, for instance, Schwab Target 2020 (SWCRX) has returned 5.4% annualized, which ranks among the top 5% of its peer group. Target 2030 has done even better: Its 6.1% annualized 10-year return ranks among the top 3%.

Since being named manager in February 2012, Zifan Tang has made several changes to the target-date portfolios, according to Morningstar. Tang altered the glide path in 2013 to boost the funds’ exposure to U.S. bonds and lessen the exposure to foreign bonds. In 2014, she boosted the funds’ holdings in U.S. stocks while trimming the allocation to foreign stocks. Last September, Tang abruptly removed Pimco Total Return from the Schwab lineup when Bill Gross resigned—also abruptly—from Pimco. And this year, Tang removed all Treasury inflation-protected securities (TIPS) from portfolios with target dates running from 2030 through 2055.

We like the series’ below-average fee schedule (the Target 2030 (SWDRX) fund costs 0.72% in annual expenses, according to the fund’s prospectus, which is well below that of the typical 2030 target-date fund, at 0.99%). And we like the glide path, which starts out aggressively, with more than 90% of assets in stocks when you have 40 years to go before you retire, and ends conservatively, as a fund shifts for another 20 years after it reaches the target year, to an ultimate mix of 25% stocks, 66% bonds, and 9% cash.

T. Rowe’s flagship Retirement target-date series has won high marks from many, including Kiplinger. The obvious reason is the funds’ above-average allocation to stocks. For example, Retirement 2030 (TRRCX), which is designed for those who expect to retire around 2030, devotes 77% of its assets to stocks; the average 2030 target-date fund holds 70% of its assets in stocks. Even Price’s Retirement 2015 fund, with 54% in stocks, is more aggressive than the typical 2015 target-date portfolio, which on average has 45% in stocks. The series’ underlying funds have provided some oomph, too. Among the 18 funds in Retirement 2020 are T. Rowe Price Value (TROW), a member of the Kip 25 as well as MidCap Growth (RPMGX), New Horizons (PRNHX) and Small-Cap Stock (OTCFX).

Not surprisingly, the high stock allocation means above-average volatility. In 2008, when the S&P 500 plunged 37%, the most popular T. Rowe target-date funds in 401(k) plans landed in the bottom half of their peer groups. But the good times have outweighed the bad, as demonstrated by the funds’ results during the subsequent bull market. Thanks to their strong results in a blistering stock market, all but one fund in this series boasts a 10-year return that ranks among the top 1% of its respective target-date peer group (the exception, Retirement 2005 (TRRFX), ranks in the the top 2% of its peers).

Interestingly, this is a series with which you can truly grow old. The series’ glide path continues to reposition the stock-bond balance more conservatively for 30 years past the target year. From the first year of retirement, when you own a fund that has 45% in bonds and the rest in stocks, your mix will shift over the next three decades to 80% in bonds and 20% in stocks.

This low-cost target-date fund series keeps things simple, and that’s why we like it. Each fund, no matter what target year is in the name, holds just four or five funds.

Index funds have done well over the past decade and so, not surprisingly, have Vanguard’s target-date funds. The 2015 (VTXVX), 2025 (VTTVX) and 2035 (VTTHX) funds, each of which has a 10-year record, rank among the top 9% of their respective peers over that period.

Glide paths are important while you’re saving and after you retire. With Vanguard’s target-date series, the stock-bond mix continues to swing to a more conservative stance for another five years after the fund reaches its target year. Thereafter, the stock-bond mix stays fixed at 30% in stocks and 70% in bonds.