For this mid-cap fund, a twist on contrarian investing is paying off. 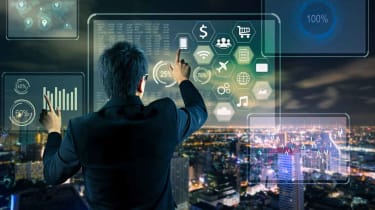 Contrarian investing is all about bucking trends. It’s fitting, then, that when Nick Schommer took the helm at Janus Henderson Contrarian (JSVAX) in July 2017, he overhauled the fund’s strategy. It doesn’t have much of a track record, but so far, the new approach appears promising.

Since the start of 2018, Contrarian has returned a cumulative 13.8%, 7.3 percentage points better than the Russell Midcap index, a proxy for midsize-company stocks. The fund gets its midcap designation by virtue of the market size of its average holding ($15 billion, compared with $105 billion for the large-cap Standard & Poor’s 500-stock index). But the fund invests in firms of all sizes.

Unlike his predecessors, who focused primarily on stocks’ valuations, Schommer starts with firms that have a competitive edge due to, say, a powerful brand name, distribution advantages or technology. Companies must also sport robust free cash flow (cash profits after capital outlays).

From there, the fund takes three approaches to undervalued stocks. About half of the fund’s assets are invested in companies with business models Schommer believes the market misunderstands. This bucket includes aluminum-can manufacturers Ball Corp. (BLL) and Crown Holdings (CCK), which Schommer says should benefit from better pricing and a shift toward sustainable beverage packaging.

High-quality companies Schommer believes have undervalued assets make up 35% to 40% of the fund’s portfolio. Top-five holding Vivendi (VIVHY), a French media firm, is a prime example. Its record label Universal Music Group was once thought to be a drag on the company, but Universal has survived the music industry’s switch to digital streaming, and it should become a growth driver, Schommer says.

The remainder of the portfolio is in fast-growing stocks, such as tech giant Alphabet (GOOGL), that have greater potential for growth than the market anticipates. Schommer cites Alphabet’s self-driving cars as a potential growth catalyst.

The fund makes big bets on its favorite stocks: The top 10 holdings account for 46% of assets. Such concentration can rock the boat. Since the start of 2018, Contrarian has been 16% more volatile than the Russell Midcap index.