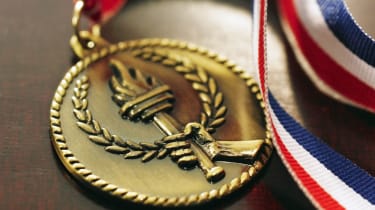 If you were searching for a good foreign stock fund, you might not have given much thought to bond powerhouse Pimco. But over the past year, no other fund focusing on big overseas companies did better than Pimco In­ternational StocksPLUS AR Strategy (U.S. Dollar-Hedged, symbol PIPDX), which walloped its peers by an average of 17.2 percentage points.

If the lengthy name suggests that the fund uses a complex strategy, that’s because it does. Like all of Pimco’s StocksPLUS portfolios, the fund has a two-pronged approach. Part of the fund tracks a benchmark—in this case, a version of the MSCI EAFE foreign-stock index that hedges against currency fluctuations—by devoting a small portion of its assets to derivatives (instruments whose results depend on the moves of other investments).

Managers Mohsen Fahmi and Sudi Mariappa invest what’s left over (the bulk of the fund’s assets) in bonds. They mostly adhere to the big-picture strategy set by Pimco’s investment committee, but they can make tactical moves within those guidelines. The goal: to use the gains from the bonds to beat the index that the fund tracks.

But the fund’s recent success is due almost entirely to the currency hedge. Most unhedged funds weren’t so lucky; they saw their returns diminish as the greenback strengthened. The ultimate proof: The unhedged version of the very same Pimco fund (symbol PPUDX) lost 1.8% over the past year.