New Grandeur Peak Funds Are Worth Getting Excited About

The little-known money manager’s existing funds, which are now closed to investors, have clobbered their benchmarks. 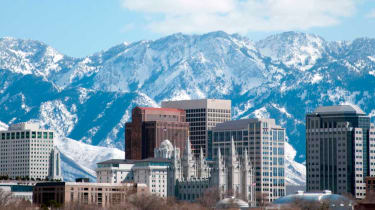 I normally don’t get excited when a mutual fund company unveils a new product. Most new funds amount to little more than asset-gathering machines for their sponsors. But I am enthusiastic about three new funds that Grandeur Peak, a relatively unknown Salt Lake City money-management firm, is getting ready to launch: Global Stalwarts (it will trade under symbol GGSOX), International Stalwarts (GISOX) and Global Micro Cap (GPMCX).

What’s so great about Grandeur Peak? Since their inception, all four of the firm’s existing funds have clobbered their relevant benchmarks. On average, the funds, launched between 2011 and 2013, have beaten the benchmarks listed in their prospectuses by an average of 5.9 percentage points per year. That’s huge. (All results are through August 5.)

What’s more, all of these funds are closed to all investors, meaning that the senior managers at Grandeur Peak are more concerned about producing first-class returns than they are about collecting the higher revenues that accompany growth in assets under management.

Make no mistake: In the world of small- and midsize-company stocks where Grandeur Peak funds fish, size matters. When a fund gets too big, it’s virtually impossible for it to put up the kind of remarkable results that Grandeur Peak’s four closed funds have achieved.

The Grandeur Peak funds are, in essence, offspring of the Wasatch family, which since 1975 has managed funds that invest primarily in small and midsize companies. In 2011, veteran Wasatch managers Robert Gardiner and Blake Walker left to form Grandeur Peak. Both shops are based in Salt Lake City.

Of the 22 Grandeur Peak analysts and managers, eight are Wasatch alumni. Both firms emphasize intensive company-by-company research. With assets of just a bit more than $20 billion, Wasatch is no longer a small firm. Grandeur Peak runs just $2.5 billion, giving it a leg up over Wasatch in investing in small and midsize companies. (I was excited enough by Grandeur Peak’s first funds to write about them in 2012.)

The two new Stalwarts funds, which are scheduled to launch on September 1, will invest in companies with stock-market capitalizations of at least $1.5 billion. The average market cap of the two funds will be about $3 billion, meaning they’ll own small and midsize companies, says Randy Pearce, who will co-manage both funds. The international fund will invest only in foreign stocks, while the global fund will own both foreign and U.S. stocks.

As much as I’m drawn to the Stalwarts funds, they’ll almost certainly have a harder time producing great returns than the existing four funds, all of which have average market caps of less than $1 billion. It’s much easier to find mispriced stocks among small companies, which tend to be followed by few, if any, analysts.

The focus in both Stalwarts funds will be on identifying high-quality firms, just as it is with the existing funds. Pearce says the managers and analysts look for companies run by top-notch executives. They also insist on high returns on capital (a measure of profitability), strong balance sheets and the opportunity for rapid future growth. But the managers won’t overpay for great companies. Their style, like Wasatch’s, is to invest in growing companies but only if they can buy them at reasonable prices.

Pearce says he expects the new funds to shine—relative to their peers—in bear markets. Here, the Wasatch record is mixed. Wasatch did quite well in the 2000-02 bear market, when ridiculously overpriced tech and telecom stocks of all sizes suffered huge losses. But Wasatch didn’t particularly distinguish itself in the calamitous 2007-09 bear market, during which all stock sectors suffered.

Pearce expects 30% to 35% of Stalwarts assets to be invested in emerging markets. Emerging markets are statistically cheap, and I like them a lot, but I’d be surprised to see them hold up well in a bear market.

The Grandeur Peak funds are not particularly cheap. The Stalwarts will charge 1.35% annually, more than I generally want to pay. Global Micro Cap will charge 2.00%. That’s close to outrageous.

My bottom line: The new funds are intriguing, but don’t make a huge bet on them. Given that they will invest in small and midsize companies, I wouldn’t put more than 10% to 20% of my stock money into Grandeur Peak funds.

What about Global Micro Cap? I haven’t spent much time on this fund because unless you’re already a Grandeur Peak investor, you’re unlikely to be able to buy it. The fund will invest mainly in companies with market caps of $50 million to $350 million. To be able to invest in such tiny companies efficiently, Grandeur Peak plans to close the fund once it reaches $25 million in assets. That means the fund will likely be open no more than one day. The start date hasn’t yet been announced, and the launch will be announced only to existing Grandeur Peak investors.

Here’s what I’d do if I didn’t already own a Grandeur Peak fund: Invest in one of the Stalwarts as soon as they become available on September 1. That should earn you early word of Global Micro Cap’s launch, which is almost sure to be after the Stalwarts’. Despite its high fee, Global Micro Cap looks like a long-term winner. Then again, so do all three funds.