4 Lessons From the Puerto Rico Debt Crisis for Bond Investors

The island's ongoing muni meltdown can teach you a lot about your bond funds. 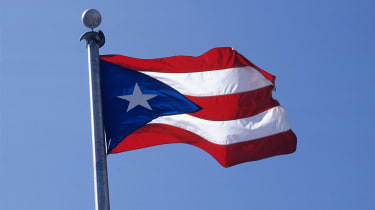 At first blush, most mainland U.S. investors probably see Puerto Rico's financial woes as remote and unimportant. But have you taken a look at your municipal bond fund lately?

More than half of all muni bond funds have investments in Puerto Rican tax-exempt bonds, even though the sunny Caribbean island is an economic basket case. Its outstanding municipal debt of $72 billion amounts to $30,000 for each of the commonwealth's residents, almost three times average annual per capita income. Puerto Rico's ratio of debt to gross domestic product is more than triple that of any other U.S. state or territory, and the island's economy has been mired in recession for nine years.

Why would muni funds invest in Puerto Rico? Because yields are high and because U.S. taxpayers don't have to pay state, local or federal income taxes on interest payments from Puerto Rican bonds. Mutual funds and hedge funds have snapped up much of the island's debt—much of which Governor Alejandro Javier García Padilla says cannot be repaid. "This is not about politics," he says. "This is about math."

Below are four crucial lessons for all investors from the Puerto Rican debt crisis.

Corporate culture sounds like mumbo jumbo invented by consultants, but to me it means quite simply: Does the firm that manages your fund view you as a customer or as an investment partner?

How can you tell one kind of firm from the other? Low expense ratios are a great indicator—and, not coincidentally, a first-class predictor of future returns. So are significant investments—at least $1 million—by managers in their own funds. Other signposts: Does the company launch fad products? How well did its funds hold up during the 2007-09 meltdown? Do managers and analysts leave after a few years or often stay for their entire careers?

You may be wondering what this has to do with the Puerto Rican quagmire. According to Morningstar, 16 of the 20 funds with the highest percentage ownership of Puerto Rican bonds turn out to be owned by one firm: OppenheimerFunds. Oppenheimer muni funds own $4.6 billion in Puerto Rican bonds—almost half of the $10.3 billion owned by all U.S. muni funds combined! None of the big fund sponsors I admire—the American Funds, Fidelity, T. Rowe Price and Vanguard—invest more than about 1% of muni fund assets in Puerto Rico.

(The percentages and total dollar amounts funds have invested in Puerto Rican bonds that I'm citing in this article are probably understated. Fund tracker Morningstar scoured all bond fund holdings for securities with "Puerto Rico" in their names as of their most recent reporting date—April 30, in the case of Oppenheimer funds. But not all Puerto Rican munis have Puerto Rico in their names.)

But laws—in this case, bankruptcy laws—can change, and most independent analysts doubt that Puerto Rico can avoid a major restructuring (that is, a reduction) of its debt obligations. That's why Standard & Poor's Municipal Bond Puerto Rico index has plunged an annualized 8.1% over the past three years through July 17, including 8.7% so far this year alone. The yield to maturity of the index is a stratospheric 9.8%—fair warning that investors are going to take a haircut on these bonds.

Once a fund firm's culture sours, it often stays that way. OppenheimerFunds is again Exhibit A. Oppenheimer Core Bond (symbol OPIGX), then part of five state 529 college-savings plans, lost a stunning 36% in 2008 through disastrous investments in low-quality bonds and commercial mortgages. You'd think OppenheimerFunds would have learned.

Oppenheimer Rochester Maryland Municipal Bond A (ORMDX) has a whopping 37% of its assets in Puerto Rican bonds—the highest percentage of any Oppenheimer fund, according to Morningstar. Of course, you should look carefully at a fund's holdings before you buy it. But if you only know that a bond fund's holdings have an average credit quality of double-B, putting it squarely in "junk" territory, you'd know to be careful about investing in the fund. In the case of this Oppenheimer Rochester fund, which is designed for Maryland residents, more than half the fund's bond assets are rated single B or below—or not rated at all.

I warned of the danger in Puerto Rican munis almost two years ago. Since then, the commonwealth's economy and its debt load have gotten much worse. I'll repeat the warning I gave then: If you own a fund with a big slug of Puerto Rican debt, I'd sell now, even after recent losses. Municipal bonds, in my view, are meant to be low-risk. Puerto Rico's debt is anything but.