Millionaire Managers Who Invest in Their Own Funds

The managers of these five great low-cost funds have at least $1 million of their own cash in them. 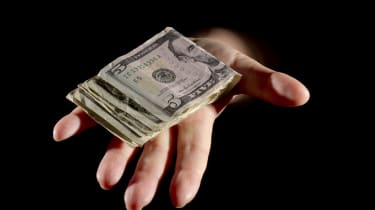 Want to find funds that will produce superior returns? Who doesn’t? Then look for low-cost funds run by managers who eat their own cooking—two of the strongest predictors of strong future fund performance.

For proof of the value of cheap funds, I had Morningstar separate funds into broad groups: diversified domestic stocks, diversified foreign stocks, taxable bonds and tax-free bonds. Over every period, ranging from 12 months to 15 years, and in every category, the average low-cost fund beat the average high-cost fund, usually by wide margins.

Russ Kinnel, Morningstar’s director of fund research, used a similar approach to look at managers who put their own money into their funds. In each category, he looked at managers who invested at least $1 million in their own funds, those who put less into their funds, and those who invested nothing at all. Funds run by managers who had a lot at stake, Kinnel found, tended to perform better than those with relatively low manager investments. (The Securities and Exchange Commission requires funds to report manager investment within broad bands. The highest category is $1 million and up.)

How do your funds stack up? This nifty Morningstar tool lets you quickly test funds for cost, manager investment and several other criteria.

Below are my five top picks among low-cost funds with $1 million-plus manager investment.

American Funds International Growth & Income F2 (symbol IGFFX) is the only adviser-sold fund on this list. If you employ an adviser, the F2 shares carry no sales charge, and expenses run just 0.70% annually. Two of Growth & Income’s three managers have each put more than $1 million into the fund, and the third has sunk between $500,000 and $1 million into it. (All the managers of the other funds mentioned in this article have invested more than $1 million in their funds.)

Growth & Income’s managers search for solid foreign companies and have a strong preference for those that regularly raise their dividends. Over the past five years, the fund returned an annualized 7.9%—an average of 2.1 percentage points per year better than the MSCI All Country World Index Except U.S. (All returns are through March 3.)

Fidelity Contrafund (FCNTX) is a testament to the enduring skills of Will Danoff, who has piloted Contra, which now has $113 billion in assets, for just shy of 25 years. Danoff, who hunts for companies with strong leaders and rising profits, makes his astonishing success look easy. Contrafund has returned an annualized 7.0% over the past 15 years—an average of 2.3 percentage points a year more than Standard & Poor’s 500-stock index. The fund’s annual expense ratio is 0.66% (although the figure could rise because Fidelity adjusts the management fees of many of its stock funds, including Contra, based on performance).

Harbor Capital Appreciation Institutional (HACAX) is another fund with a canny veteran at the helm. Spiros Segalas has been lead manager since 1990; Kathleen McCarragher was named comanager in 2013. The fund looks for large, fast-growing companies, and the managers aren’t afraid to pay premium prices for excellence. Among the fund’s top holdings are Apple (AAPL), MasterCard (MA) and Facebook (FB). Expenses are 0.65% annually. Over the past 10 years, the fund returned an annualized 9.8%—1.8 percentage points per year, on average, better than the S&P 500.

Vanguard Dividend Growth (VDIGX) is a gem. Don Kilbride, a partner at Wellington Management who runs the fund, sticks to blue chips with steadily rising dividends. About one-third of the fund is in defensive health care and consumer staples stocks. The fund, which charges just 0.31% annually, holds up particularly well in bad markets, but don’t expect it to beat the market during rallies. Over the past 10 years, Dividend Growth returned an annualized 9.2%—an average of 1.3 percentage points per year more than the S&P. (The fund is a member of the Kiplinger 25.)

Because of its timid approach to junk bonds, Vanguard High-Yield Corporate (VWEAX) offers one of the few appealing entries to a badly overvalued bond market. Manager Michael Hong, an 18-year Wellington Management veteran, keeps more than 60% of the fund in bonds rated double-B or better (double-B is the highest and safest rung of the junk bond market). Thanks to this conservative strategy, the fund has proved its mettle in sour bond markets, but it tends to lag in strong markets. The fund’s Admiral share class, which requires a $50,000 minimum initial investment, charges just 0.13% annually, a huge plus in an environment of equally minuscule interest rates. The fund yields 4.7%. High-Yield Corporate’s Investor share class (VWEHX), which requires just $3,000 to start, charges 0.23% a year and yields 4.6%.