A Pair of T. Rowe Price Small-Cap Funds Go Their Own Way 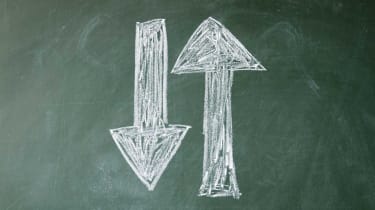 Diverging results of two T. Rowe Price small-company funds in the Kiplinger 25 underscore the gulf between growth and value stocks over the past year. One, Diversified Small-Cap Growth (symbol PRDSX), earned 11.2%, while the other, Small-Cap Value (PRSVX), lost 3.4%. The gap of nearly 15 percentage points is stunning.

What’s behind the separation? Sudhir Nanda, manager of Diversified Small-Cap Growth, says it’s because of tepid economic growth. When gross domestic product expands slowly, investors flock to companies that they think can grow regardless of what the overall economy is doing, he says. “The more growth-oriented you are, the better you have performed,” Nanda says. For example, the Russell Growth 2000 index, which includes only those small-company stocks in the Russell 2000 index with growth-like characteristics, has gained 10.0% over the past 12 months. But the Russell 2000 Value index, which holds only value-oriented small-company stocks, has essentially stood still, with a 0.8% loss. (All returns are through July 6.)

Nanda is a “quant” guy. He uses computer models that focus on such numbers as price-earnings ratios and return on equity (a measure of profitability) to identify growing companies run by executives who reinvest those earnings wisely. He also wants stocks trading at reasonable prices. The models pointed him toward Amag Pharmaceuticals (AMAG) and Neurocrine Biosciences (NBIX), two biotech stocks that more than tripled over the past year. At last report, health care stocks accounted for 20% of the fund’s assets, a slightly higher weighting than in the average small-company growth fund. Diversified Small-Cap Growth’s biggest weighting relative to its average peer is in industrial stocks, which account for roughly one-fourth of its assets.

At Small-Cap Value, where the focus is on unloved companies, health care stocks represent just 6% of assets. David Wagner has replaced about 80 of the fund’s roughly 300 holdings since becoming the fund’s sole manager in June 2014, after the retirement of longtime captain Preston Athey. Most of the turnover was simply business as usual—selling stocks as they got too pricey, for instance, or replacing one holding with another that looked better.

Also getting the boot, says Wagner, “were a few sacred cows, stocks that Preston and I had a difference of opinion about.” Those bovines accounted for less than 10% of the holdings—about 20 stocks—and included recreational vehicle maker Winnebago Industries (WGO) and fashion designer Kate Spade (KATE). It wasn’t that Athey loved the stocks and Wagner hated them. Sometimes it came down to share price. With Kate Spade, for instance, Wagner says he had a lower target price for the stock than his predecessor did. Athey “was willing to hold it at a higher price than I was,” says Wagner.

Wagner was just settling in when oil prices plunged in the second half of 2014. Small-Cap Value had 6% of its assets in energy stocks as of mid 2014, but other holdings also proved energy-sensitive, says Wagner. Among them was Genesee & Wyoming (GWR), a railroad operator whose shares dropped 28% over the past year.

Wagner says the fund’s value strategy requires patience. He considers it a sign of progress that his fund beat the Russell 2000 Value index by 0.6 percentage point in the second quarter of this year. Two stocks that Wagner has added to the fund since Athey retired, A.M. Castle (CAS), a specialty metals and plastics distribution company, and Dealertrack Technologies (TRAK), which provides Web services for the car-retailing industry, climbed 61% and 65%, respectively, over the past three months.