Be Patient With This Quirky Growth Fund

Mairs & Power Growth, a member of the Kiplinger 25, has been hampered by its exposure to industrials. 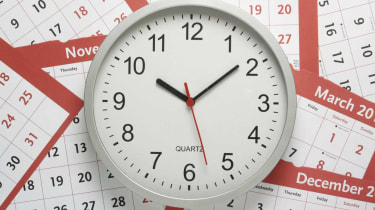 Mairs & Power Growth (MPGFX) wowed us in 2013 (the year we added it to the Kiplinger 25), when it beat Standard & Poor’s 500-stock index by three percentage points. Since then, however, the fund’s results have been dreary. Over the past year, it lagged the S&P 500 by 4.8 points.

But let’s keep things in perspective. Growth isn’t always in sync with the overall market. It invests in a mix of attractively priced, growing firms of all sizes. The managers keep the $4 billion fund lean (it held just 47 stocks at last report) and they tend to hang on for the long haul. Annual turnover is just 6%, suggesting that stocks remain in the fund for an average of 17 years. Another quirk: The managers, who are based in St. Paul, Minn., stick close to home. Two-thirds of the firms in the portfolio are based in the Upper Midwest.

Longtime comanager Bill Frels retired at the end of 2014. Remaining is Mark Henneman, who has been comanager since 2006. He was joined in January by Andrew Adams, who has helmed Mairs & Power Small Cap (symbol MSCFX) since 2011. Adams continues to comanage Small Cap.

But manager turnover hasn’t been the cause of Growth’s so-so results. The chief culprit has been a big stake in industrial firms—33% of the fund’s assets at last word. The strong dollar has been particularly problematic for midsize industrials, says Henneman, because they “do most of their manufacturing in the U.S. and make most of their sales outside the U.S.” Holdings such as Donaldson (DCI), which produces filtration systems, and Graco (GGG), a maker of pumps and meters, suffered from unfavorable exchange rates.

Growth’s shareholders need to be as patient as the fund’s pilots. As longtime Target investors, the managers held on while other investors dumped the stock in early 2014 (after hackers breached the company’s computers). The retailer’s stock rose 41% over the past year (returns are through June 5). The stock of three-dimensional printer maker Stratasys (SSYS), which the managers first began buying in January, fell 41% over the past three months. Their response? They bought more shares as the price fell. “A year ago, 3-D printing was going to take over the world, and now it’s never going to grow again,” says Henneman. “We don’t believe either story, but we’re taking advantage of the poor performance over the short term.”