These 5 Stocks Make Crime Pay for You

A gradual rise in the number of Americans most likely to engage in illegal behavior should benefit companies involved in prevention and punishment. 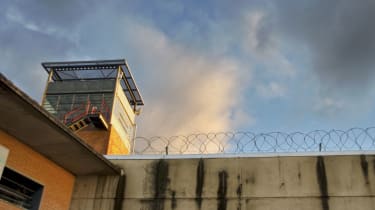 Who says crime doesn’t pay? You can make money off of lawlessness by investing in companies involved in the prevention and punishment of misdeeds. Analysts say there’s promise in outfits that do everything from building and operating prisons to making guns and surveillance equipment for law enforcement agencies.

Although the number of serious crimes has been trending down over the past two decades, a gradual rise in the number of Americans age 18 to 25—the group that is most likely to commit crimes and whose members are most likely to be under economic pressure—is pointing to higher incarceration rates. Moreover, the rising threat of cyber crime—from corporate espionage to identity theft—is fueling a need for software sheriffs who can identify and stop high-tech criminals.

Corrections Corp. of America (symbol CXW, $34.05) and GEO Group (GEO, $35.50) are real estate investment trusts that specialize in building and operating prisons, immigration detention facilities and rehabilitation centers. Prison REITs benefit from both demographics—the rise in larcenous (statistically speaking) youth—and a reluctance among state and local governments to spend precious tax dollars to improve aging cells, says Brian Ruttenbur, an industry analyst. (All share prices and returns are as of June 15; recommended stocks are in bold.)

Politicians and investors warmly embrace businesses that are willing to not only build prisons but also run them at a lower per-inmate cost than publicly run prisons. To be sure, the growth rate of prison REITs is unspectacular. But they generate copious amounts of cash and, because REITs must pay out at least 90% of their taxable income to shareholders, dividend yields are generous.

Because investors generally buy REITs for income, the stocks tend to be interest-rate sensitive. That can be unpleasant when rates are rising, as has been the case the past few months. Vanguard REIT ETF (VNQ), an exchange-traded fund that tracks the MSCI U.S. REIT index, has dropped nearly 13% since peaking on January 27. Corrections Corp. and GEO reached their tops on March 20 and have since corrected 19% and 21%, respectively. Ruttenbur doesn’t expect higher interest rates to derail profits at the prison REITs, so the sell-off may signify a buying opportunity.

Corrections Corp., already the nation’s fifth-largest prison operator (only the federal government and three states are bigger), just completed a facility in Texas that could ultimately house 2,400 prisoners. The Nashville-based company is also constructing facilities in Tennessee and California. That should bode well for growth in 2016 and beyond, although growth in funds from operations—the REIT industry’s preferred measure of cash flow—is likely to be tepid this year. The stock now yields a tidy 6.3%, and Ruttenbur sees it returning to $40 within the next 12 months.

The prognosis is even better for GEO Group, which Ruttenbur predicts will generate 14% growth in funds from operations this year and 5% growth in 2016. The Boca Raton, Fla., company has struck deals with Vermont and Washington State to house some of their inmates in a recently completed prison in Michigan. At its lower share price, GEO now yields 7%.

Federal, state and local law enforcement officers buy about 100,000 guns a year—a stable base of business for gun manufacturers Smith & Wesson (SWHC, $15.77) and Sturm, Ruger & Co. (RGR, $55.39), among others. The military accounts for roughly 26% of gun and ammunition sales, according to researchers at IBIS World. But consumers, who buy about 4.5 million guns annually, account for the bulk of sales and all of the industry’s growth, says analyst Andrea James, of Dougherty & Company, a Minneapolis-based investment banking firm. Gun sales fell last year after a big gain in 2013, but they’re starting to pick up again. James attributes part of the reversal to a rise in households headed by single women, who buy guns for protection.

Ruger, dubbed “the people’s gun company” because of its broad product line—from compact pistols to long-range rifles—handily beat analysts’ first-quarter sales estimates. James expects the stock to pop to $61 over the next 12 months. She’s also high on Smith & Wesson, but its stock has lost some appeal after soaring over the past two months, first because of a positive earnings forecast by the company and then after the FBI released May background-check data that indicated a big year for gun sales.

You may be familiar with Taser International (TASR, $34.91), which makes weapons that are designed to stun, not kill, suspects. The company’s stun-guns are already standard issue in more than a dozen cities around the U.S. However, the Scottsdale, Ariz., company wasn’t content to be a one-trick pony, so it recently bought MediaSolv, a provider of interview-room video and in-dash cameras. Seven major cities, including Chicago, Toronto and Washington, are already customers, adding to Taser’s growing stable of law enforcement clients. The catch? The acquisition is likely to depress near-term earnings, and Taser’s shares, trading at 66 times estimated 2015 earnings, are too richly priced to buy at these levels, says J.P. Morgan analyst Paul Coster.

Nice Systems (NICE, $66.93), an Israeli maker of cyber-security systems, has a better prognosis, Coster says. Nice software sorts and analyzes vast quantities of data to head off cyber fraud, manage corporate security and optimize employee productivity. Nice recently laid out a plan to triple revenues in each of its core markets over time. Analysts see earnings climbing a modest 7% this year and 13% in 2016. The stock trades at a palatable 22 times estimated 2015 earnings, and Coster predicts that the price will reach $72 over the next year.

Verint Systems (VRNT, $62.61) has a similar business model. Its software crunches vast amounts of disparate data—voice, video and text—in an effort to glean when a secure system is being hacked, as well as to uncover terrorist threats. Like Nice, Verint also provides companies with data that helps them manage their employees and customer relationships, too. These are growing markets, so rich valuations are common. The shares fell 7% over four days after the company released disappointing first-quarter earnings, which were depressed by the strong dollar. But currency fluctuations tend to even out over time and, at any rate, the stock, trading at 17 times estimated earnings for the fiscal year that ends next January, looks cheap. 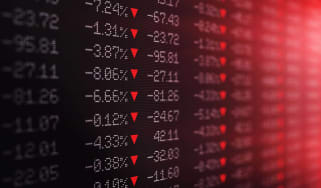