Two of the fund’s biggest losers became its biggest winners in 2019. 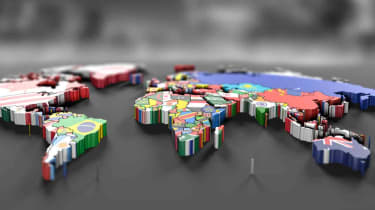 For stock mutual fund AMG TimesSquare International Small Cap (symbol TCMIX), the past year started with a yelp and ended with a hurrah. Over the past 12 months, this member of The Kiplinger 25, our favorite low-fee funds, returned 15.9%, beating its benchmark, the MSCI EAFE Small Cap index, by 3.9 percentage points.

Foreign small-company stocks were sliding toward bear-market territory at the end of 2018, when trade and recession worries overwhelmed investors and sent the rest of the world’s stock markets crashing. The correction “hit us hard, everywhere,” says the fund’s lead manager, Magnus Larsson.

To make sure the case for their stock holdings was still sound, Larsson and his analysts circled the globe to meet with company executives to find out whether there were legitimate business reasons for the sell-off. “The answer was no. The market was trading on headlines rather than on fundamentals,” he says.

A swift turnaround came in 2019, however, and the fund’s biggest losers became its biggest winners. Shares in Open House, a Japanese builder of affordable homes, and Japan-based Horiba, a leader in instruments that measure car emissions, posted double-digit losses in 2018. But both stocks soared 62% in the first 11 months of 2019. “We can’t guess what the market will do tomorrow, but we can focus on investing in outstanding companies that we think can continue to grow,” Larsson says.

Larsson and his team focus mostly on firms with market values of $5 billion or less in developed foreign countries. They favor best-in-class companies with sustainable competitive advantages. Since its inception in January 2013, the fund has returned 9.4% annualized, which beats the 8.6% return of the MSCI EAFE Small Cap index. French consulting firm Altran and media firm Nordic Entertainment Group are among the fund’s top holdings.

The team is evolving. Comanager Robert Madsen is retiring. New members Rob Purcell, who focuses on Japan and developed Asia, Daniel De Jesus, a Latin America specialist, and David Oh, an emerging Asia expert, join analysts from Turkey and France. “We come from the markets we invest in,” says Larsson, who is Swedish.