Primecap’s return trails the competition as well as the Standard & Poor’s 500-stock index, which returned 9.4%. What gives? 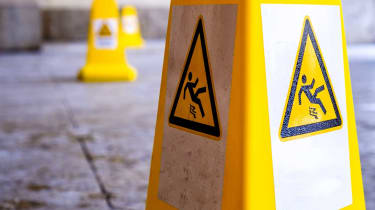 After posting a nearly flawless record since its 2004 inception, Primecap Odyssey Growth (symbol POGRX)—a member of the Kiplinger 25—stumbled over the past 12 months. Primecap’s 1.2% return trails the competition, which gained an average of 9.8% over the same period, and Standard & Poor’s 500-stock index, which returned 9.4%. The fund’s disappointing performance puts it behind 98% of funds that invest in large, growing firms. So, what happened?

Primecap Odyssey tends to hold a healthy slug of assets in go-go health care shares and technology stocks, and that has proved a challenge. In particular, the fund has 32% of its assets invested in health care firms—mostly biotechnology companies. Health care and info tech shares have helped the fund’s performance over the long term, but 2018’s late-fall turbulence “was a forceful example of how quickly trends can reverse,” the firm said in an October report.

A recent drag on the fund has been Biogen (symbol BIIB, a top 25 holding. The biotech firm lost nearly one-third of its value in March, after it abandoned its Alz­heimer’s therapy, which was in late-stage trials. (Biogen still has a strong pipeline of treatments for other neurological diseases, and the stock has recovered a bit since then.)

Five managers divide the fund’s assets and run each part independently. They favor stocks in fast-growing firms that they think the market has underestimated. Cautiously optimistic, the managers expect growth in the U.S. economy and corporate earnings to slow. But in both cases, “solid growth should endure,” they say.

Though Odyssey Growth’s sector concentration can hobble returns at times, over the long haul, the strategy delivers. The fund’s 16.7% annualized return over the past decade beats the S&P 500 by an average of 1.5 percentage points per year and ranks among the top 23% of all large-growth funds.