How Your Financial Adviser Can Help You Steer Your Future

You can't travel through time to see exactly what the future holds as Marty and Doc did, but your planner can help you overcome any unforeseen obstacles along the way to your dream retirement. 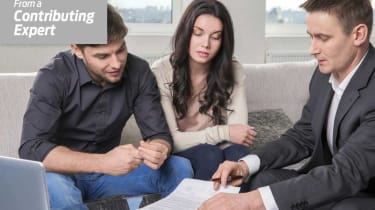 The Cubs win the World Series! We all thought that was pretty funny and far-fetched when seen in a 2015 newspaper headline of the fictitious future in the film Back to the Future Part II. It might actually come true this year (to the hopes of Chicago fans worldwide), but reality tells us that when attempting to predict the future, we rarely get it right. Where are the flying cars, self-tying shoes, and weather reports accurate to the second that the film also showed us?

If there was one item from the movie that we all wish we could have, it’s the sports almanac. If you recall, this volume of sports statistics finds its way back from the “present-day 1985” and, because of the information, changes the “original future of 2015” in unimaginable ways. This concept is familiar in a few movie plots with the fantasy of having information ahead of when it happens and profiting from that. Perhaps you have even thought, “Wow, if I could just go back in time and have invested a few dollars in Apple…” -- fill in the rest of that sentence with champagne wishes and caviar dreams.

Now that we have arrived in the actual 2015, it doesn’t quite look like the future that Doc and Marty found in the film. But more importantly, we realize that a small change in the present could majorly affect the future. Financial advisers face a similar challenge, as they are expected to accurately predict the future movements of the markets and economy for their clients. Without a crystal ball or sports almanac, though, your adviser can still help you meet your future goals and avoid some of the unpredictable twists along the way.

Think of your adviser more like the captain of your financial ship. You sit down in your first meetings to discuss your goals and plot the initial course to reach that destination. The journey will take some time, and the seas may appear calm now, but it’s a big ocean out there. When the winds pick up, or an unexpected hurricane comes in, the ship may veer off course. But your captain knows where the eventual destination is and makes course corrections to get back in line with the goal. All the while, you stay a passenger on the ship, enjoying the dining rooms, entertainment and other amenities, confident that your captain will eventually arrive in the port you signed on to travel to.

Here in our 2015 reality, we have already been through some turbulent waters this year. Perhaps it’s time to see if your portfolio needs a course correction? Check in with your adviser to reaffirm your goals, or update him or her to match the destination you hope to arrive at in the future. Because just like a real ship in the ocean, without periodic course corrections, you may find yourself at a destination that looks quite different from the one you thought you were headed to. Your adviser can’t travel back in time with you, but keeping an open communication between the two of you will reduce the likelihood your future looks radically different than the one you planned for.

Kevin Kaplan is a partner at Silicon Hills Wealth Management in Austin, Texas. He is passionate about photography, travel, pizza and live music.

Kevin Kaplan is a partner at Silicon Hills Wealth Management in Austin, Texas. He is also co-founder of Bundl, an automated online investment platform. A native New Yorker, Kevin has also worked for several large information technology firms and ran a successful fine art photography gallery. He is a world traveler, live music fanatic and a fan of 1980's pop culture.
Share via EmailShare on FacebookShare on TwitterShare on LinkedIn 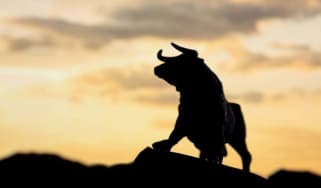 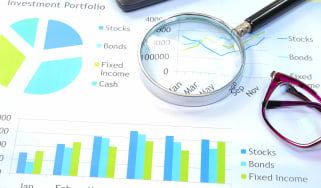