These solid companies give you above-average yields with below-average price-earnings ratios. 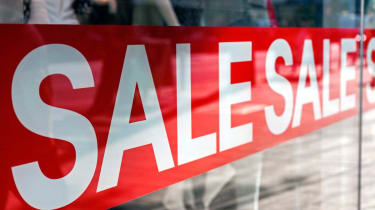 You can find plenty of stocks with low price-earnings ratios and high dividend yields—usually a winning combination. Look closely at the underlying companies, however, and you may find balance sheets buckling under weighty debt loads or deteriorating profits, making the stocks much less of a bargain than they appear on the surface.

More promising are dividend-paying stocks that have solid long-term prospects but appear to have hit some speed bumps. Buying these stocks involves taking a chance that their businesses will revive. In exchange for that risk, you can get stocks with low P/Es and above-average yields. If the companies’ turnaround plans show even modest signs of success, the stocks could take off.

One stock in this camp is International Business Machines (symbol IBM, $148.14), a favorite of Warren Buffett, who owns shares through his holding company Berkshire Hathaway (BRK.B $131.47). Expectations for Big Blue are now low, to say the least. The stock has slumped 25% over the past year, giving IBM a P/E of just 9 times estimated earnings for the next 12 months. That’s well below the P/E of 16 for Standard & Poor’s 500-stock index. The stock yields a robust 3.5%, compared with 2.2% for the S&P 500.

Investors see scant opportunity in IBM’s core business: selling “mainframe” computers, business and systems software, and a full suite of technology and consulting services. Indeed, even though IBM has jettisoned much of its less profitable hardware and chip manufacturing businesses, and reinvested in more profitable software and technology services, it hasn’t been able to kindle revenue growth. Sales peaked at $106.9 billion in 2011, and analysts see revenue slumping to $83 billion this year. Wall Street expects sales to remain flat in 2016 and 2017.

The bullish case for IBM is that it’s pouring money into promising new technologies, such as cloud computing, data analytics, social media and digital security products. IBM expects these areas to generate annual sales of $40 billion in 2018, up from $25 billion in 2014, and to account for 40% of sales, up from 27% last year. These businesses should eventually bolster overall corporate profit margins, IBM says.

Wall Street sees IBM’s profits dipping 4.8% this year, to $15.73 per share. But profit growth should resume in 2016, when analysts expect IBM to earn $16.12 per share. The company also generates mountains of cash it can use for additional share buybacks, higher dividends or both. “IBM is unloved and misunderstood, but the company actually has a good story,” says Kim Forrest, an analyst with investment adviser Fort Pitt Capital in Pittsburgh. Despite the slumping stock, Buffett remains a fan too, recently adding to his IBM stake and saying, "I love it when it goes down. I get to buy it cheaper.”

United Technologies (UTX, $93.31) also looks like a promising turnaround candidate. The company makes aircraft engines through its Pratt & Whitney division, along with Otis elevators, Carrier air conditioners and other products. Despite its strong lineup, the business has been in a funk. Sales have slumped in Europe and China, and because United Tech derives more than 60% of its sales in foreign markets, the strong dollar has been a headwind, denting profits earned in foreign currencies (which are worth less when converted to greenbacks).

None of this has been good for the stock, which has tumbled 14% this year. But patience could be rewarded. United Tech recently sold its Sikorsky helicopter business to Lockheed Martin (LMT, $207.60) for $9 billion. (We recently recommended Lockheed as a good stock to buy because it keeps raising its dividend.) Profits are taking a hit as a result; analysts estimate earnings of $6.20 per share this year, down from $6.82 in 2014. Yet profits should recover in the years ahead. United Tech says it plans to use the $6.2 billion in cash proceeds from the Sikorsky sale to buy back more stock, which should help lift earnings per share. With $5 billion in cash on its balance sheet, the company could make acquisitions to boost growth as well.

United Tech is also getting a makeover under new CEO Gregory Hayes, who told investors in July, “I’m tired of delivering bad news.” Since 2010, the company has shed businesses with $15 billion in annual sales, and its product line is now positioned to “grow a heck of a lot faster” than the old businesses, he said. Annual sales at Pratt & Whitney should climb from $15 billion in 2014 to $25 billion over the next decade, thanks in part to demand for Pratt’s new engine technology. The company now aims to reignite growth at its Otis elevator division, which has been losing business to lower-price rivals in most regions.

Don’t expect a bump in the stock tomorrow. But with a P/E of 15, based on estimated year-ahead earnings, the stock’s P/E is slightly less than the S&P 500’s, and the shares offer an above-average dividend yield of 2.7%.

Clothing retailer Gap (GPS, $32.23) has plunged deep into the bargain bin, tumbling 26% this year. Sales have been sliding at its flagship Gap stores and Banana Republic chain. Analysts worry that Gap is also losing out to such “fast-fashion” retailers as H&M and Zara, which rapidly crank out high-end designs at rock-bottom prices. All told, Wall Street sees Gap’s sales edging down by 1.3%, to $16.2 billion, in the fiscal year that ends next January. Of the 32 analysts who cover the stock, only four rate it a “buy” or “strong buy.”

Yet Gap is working on a fix that could lift the stock from its doldrums. Led by CEO Art Peck, who took over in February, Gap plans to close 175 ailing stores in the next few years, focusing instead on more profitable outlets. Peck hired a new chief designer to spruce up Gap’s clothing lineup, which has been criticized as bland and behind-the-times. The company is trying to respond more quickly to fashion and sales trends. And it has a promising women’s activewear brand, Athleta, which has been racking up strong sales.

Although it’s still early in the turnaround, the results should start to show up in the fiscal year that ends in January 2017, when analysts expect earnings to jump 8.4%, to $2.97 per share, from the 2016 fiscal year. For now, the stock trades at just 11 times estimated year-ahead earnings—about 30% less than the S&P 500’s P/E. The stock yields 2.9%, so investors can earn a bit of cash while waiting for Gap’s revival to take hold. If it does, “there’s a lot of upside in the stock,” says Morningstar analyst Bridget Weishaar.