How to Shop for Flood Insurance

Whether or not you live in a high-risk area for flooding, you might consider getting the extra coverage. 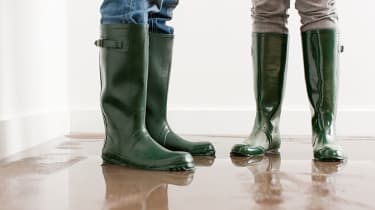 If you live in a flood zone, particularly one that’s high-risk, your mortgage company may require you to get flood insurance. But even if you aren’t considered to be in a high-risk area, the coverage may be worthwhile. More than 20% of flood claims in the U.S. come from properties outside of high-risk flood zones. Most homeowners can get coverage through the National Flood Insurance Program (NFIP), unless they live in one of the few communities that don’t participate in the federal program.

Ask your homeowners insurance agent about your options; most sell NFIP policies, and some sell private coverage, too. If your agent doesn’t sell flood coverage, you can visit www.floodsmart.gov or call 800-427-4661 to find one that sells the NFIP policies.

The cost is generally based on your home’s location and the amount of coverage. Policies in low-risk areas can cost as little as $450 a year for the maximum $250,000 in dwelling coverage and $100,000 for contents. People are often surprised at the areas that are priced as a low-risk. Mark Rindom, an independent insurance agent in Delray Beach, Fla., has clients who live on the Intracoastal Waterway yet are considered to be in a low-risk flood zone and pay preferred rates.

Mari Adam, a certified financial planner in Boca Raton, Fla., pays $600 a year for NFIP coverage on her house just two blocks from the shore in Vero Beach, Fla.—and would have paid even less if it wasn’t her second home. “There is protection available to everyone through insurance,” says Adam, who recommends that all of her clients consider the coverage to protect their assets.

In high-risk areas, such as beachfront neighborhoods in Miami–Dade County, insurance can cost $1,200 to $2,000 or more a year, Rindom says. About 5% of policies in high-risk areas cost $3,000 or more per year. Having flood vents and other flood-mitigation features can reduce your rate.

Shopping around can lower your rate, too. When Mike and Nichole Bartlow bought their home in Conroe, Texas, and started looking for flood insurance, four major companies gave them quotes for policies priced at $5,000 per year. But after doing some research, an independent agent determined that the Bartlows could be grandfathered into the previous homeowners’ policy and pay the old premium of $500 per year. That included coverage for $100,000 for contents, $250,000 for structural rebuilding and a $1,250 deductible.

The NFIP is in the midst of redrawing flood maps, and some lower-risk areas may become higher-risk—and more expensive. Many of the changes aren’t just on the coasts but also in areas where new development can increase runoff after rainfall, which adds to the risk of flooding. You can find out whether FEMA plans to redraw your area’s flood map by looking up your address at the FEMA Flood Map Service Center (www.fema.gov).

More private insurers have started to offer flood insurance in Florida and other states over the past few years. Some of Rindom’s clients became interested in private policies as Hurricane Irma was heading toward Florida because they wanted to avoid the 30-day waiting period required with the NFIP policy. (Private insurance policies have a shorter waiting period—as little as three days in some cases—and higher limits than an NFIP policy.) Some chose to get the same limits that they had on their homeowners insurance.

The price can vary significantly by insurer. Rindom says the private flood policies he sold tended to cost about $100 more per year than an NFIP policy with similar coverage limits—about $550 for $250,000 of dwelling and $100,000 of contents coverage. But unlike NFIP coverage, private policies provide living-expense payments and coverage for possessions at replacement value rather than depreciated value.

Some insurance companies offer “excess flood coverage” on top of the NFIP limits. A few, such as Chubb, provide separate private flood policies (instead of the NFIP coverage), which have the benefit of convenience: One adjuster comes and assesses the damage for both homeowners and flood-insurance claims.

Teressa Adrian, an independent insurance agent in Spring, Texas, had one client whose home was damaged who had both homeowners and flood coverage with Chubb. The home was considered to be in a low-risk area, and the premium was less than $700 per year for $915,000 in coverage on the house, $600,000 in contents and up to $107,000 in additional living expenses. When the adjuster came out about a week after the storm hit, he had to walk a half-mile, and he found 2 feet of water in the house. “Everything was floating in the house, and the floor was coming up,” says Adrian. “There was so much muddy water that the adjuster almost walked into the pool.” Their claim was paid three weeks later.

We crunched a lot of numbers (and ran a survey) to crown top firms for their service on banking, credit cards, mortgages, and home and auto insurance.…
How Much Insurance Should You Get? A Lawyer’s Advice

Medicare Part A and Part B leave some pretty significant gaps in your health-care coverage. Here's a closer look at what isn't covered by Medicare.
Your Guide to Open Enrollment

Your Guide to Open Enrollment

Your options may look a little different this fall. Meanwhile, the cost of coverage continues to climb.