Changes Are Coming to Your Credit Score

FICO, the credit-scoring giant, is adjusting how it calculates its three-digit key to your creditworthiness. Consumers who have rising levels of credit card and other debt could see their FICO scores take a hit. But if you already have an above-average score, it may get even healthier.

With its new FICO 10 T score, FICO incorporates “trended data,” reviewing a consumer’s account balances and payment activity on loans and credit cards over the past 24 months. If you steadily pay off debt over time, that has a positive effect on your 10 T score.

Paying the full balance on your credit card each month is also good for your score, says Ted Rossman, of CreditCards.com. Or, if you pay only the minimum amount due for a while and later bump up your monthly payments, that also helps your score, he says.

Plus, certain short-term changes in account activity may not hurt your score as much as they would have in the past. Say that you typically use a small percentage of the credit available to you on a credit card (a low credit-utilization ratio improves your credit score) and pay off the full balance monthly. But then you book a vacation with your card, racking up a big balance and carrying some of it to the following month. The 10 T score views that event as an anomaly, and it may not harm your score as much as it would under previous models. The use of trended data “creates a smoothing effect” over such blips, says Joanne Gaskin, vice president of scores and analytics at FICO.

On the flip side, paying off a big chunk of credit card debt to decrease your credit-utilization ratio—especially if you take out a personal loan to do it—won’t likely give your score as quick of a boost as under previous models. And recent late payments may be more heavily penalized.

FICO says that credit card and auto lenders that require a minimum score of 680 (on a scale of 300 to 850) may approve about 6% more applicants under 10 T compared with FICO 8, a model that lenders commonly use now.

Lenders are usually slow to take on new scores, so it could be years until FICO 10 T is broadly adopted. And the fundamental advice to maintain a strong credit score hasn’t changed: Pay your bills on time, keep your credit-utilization ratio low and apply for new credit sparingly.

How FICO scores have evolved

Every five years or so, FICO updates its credit-score formula. Each version builds on the previous one. Here are the new features that FICO added to each of its three latest score models.

➜ Released in 2009 and commonly used by lenders today. ➜ Using a high percentage of available credit on a credit card is more heavily penalized. ➜ A single late payment isn’t as detrimental to your score, but numerous delinquencies are more harmful. ➜ Collection accounts with original balances of less than $100 are ignored. ➜ Becoming an authorized user on a stranger’s credit card through “trade-line renting” has little benefit.

➜ Released in 2014 and gaining wider adoption by lenders. ➜ Paid-off collection accounts are ignored. ➜ Unpaid collection accounts related to medical debt have less of a negative impact. ➜ Rental-payment history is considered when included on a credit report.

➜ To be released mid to late 2020. ➜ Incorporates “trended data,” analyzing the past 24 months of balances and payment activity on credit cards and loans. ➜ Recent late payments may be penalized more harshly. 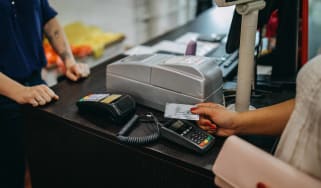