Here are answers to your questions about how we pick the schools on our list. 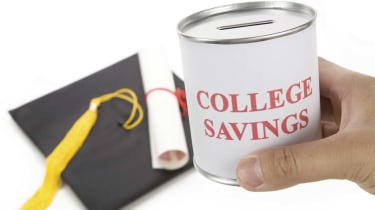 This year, you ranked public and private colleges together. Is that a first?

Yes. Because so many variables affect what you’ll pay for college--including the type of school your child attends, your eligibility for financial aid, the kind of financial aid the school offers, and the school’s sticker price--it’s crucial to start the college search by looking at the universe of colleges, and not limit yourself to just private or just public schools. For that reason, this year Kiplinger’s presents a combined ranking of colleges from our separate rankings of best values in private schools and public schools. And now we present the 2015 public-school rankings and private-school rankings together so you can see compare the lists in one place.

What other changes did you make to the rankings?

In one important change from previous years, our rankings now measure only four-year graduation rates. That change penalizes schools with a high percentage of students that graduate in five or six years, but it’s based on simple math: The faster your child graduates, the less money you’ll spend on his or her education.

Why are mostly private schools at the top of the combined list?

Private schools typically offer more generous financial aid and have a better graduation rate than public colleges, for which they are rewarded in our ranking system.

Shouldn’t all 50 states be represented in the rankings? My school doesn’t appear on any of the lists.

In some states, no school meets our criteria for quality and affordability.

Do the costs listed in the tables reflect one academic year or all four years of undergraduate education?

Our rankings focus on traditional four-year schools with broad-based curriculums. Schools that offer great value but focus on specific or narrow academic programs, such as the military academies, are excluded. Another exception is Cornell University, best known as a member of the Ivy League. Four of Cornell's colleges are part of the privately endowed university, which we consider a private institution. But three of Cornell’s undergraduate colleges are land-grant state schools.

This year, however, we have included several schools in the City University of New York system. In past years we have not included the CUNY system because room and board is one of the costs we consider in calculating our rankings, and the CUNY system offered only limited housing. The CUNY system has since beefed up housing on some of its campuses. All the CUNY schools in our 2015 rankings offer on-campus housing.

Why do you divide the private rankings into two lists?

To better compare apples to apples, we group the private institutions into two categories. One ranks private liberal arts colleges, which focus on undergraduate education, and the other ranks private universities, include graduate students.

Why is Washington and Lee University designated as a liberal arts college if it has “University” in its name?

We rely on the Carnegie Classification system, which defines liberal arts colleges as those that primarily offer bachelor of arts degrees and private universities as schools that award a greater number of master’s degrees and PhDs. We exclude specialized schools, such as teachers colleges, schools of law and schools of medicine from our rankings.

Unlike other college rankings, ours are based entirely on measurable criteria, such as student-faculty ratios, admission rates, on-time graduation rate, sticker price and financial aid. Neither our opinion nor anyone else's affects the calculation.

She encourages advisers to introduce students to financial planning.
7 Ways the Pandemic Will Change College Forever

Colleges and universities face steep budget cuts, enrollment challenges and new types of competition as a result of COVID-19. We cover the changes you…
Skip to ContentSkip to Footer