Our new combined rankings show how public and private colleges stack up against each other. The top school: Princeton University. 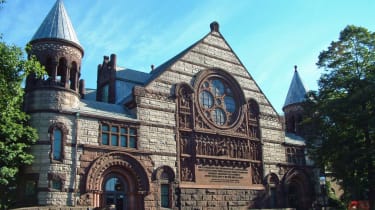 The seemingly unstoppable rise in the cost of higher education slowed last year, but make no mistake: It still costs a boatload of money to send a child to college. Just how big a boat you’ll need depends on how you navigate the college search. Your cost depends on the type of school your child attends, your eligibility for financial aid, the kind of financial aid the school offers and the school’s sticker price—that is, what you’ll pay if you don’t get any aid at all.

The University of North Carolina at Chapel Hill tops the public-school rankings for the 14th straight time and is also number one for best out-of-state value; it’s number 22 on our combined list. Carolina’s top-notch academics along with strong financial aid—the average net price for in-state students after need-based aid is a bargain at $6,332—contribute to its success.

Lately, however, Carolina’s reputation has been tainted by the revelation that over 18 years, hundreds of student athletes received inflated grades or credit for nonexistent courses. Many athletes were “steered” to bogus classes by academic counselors. “This scandal is devastating to us,” says chancellor Carol Folt. So how can the school remain atop our list? “Our rankings live and die by the numbers,” explains Kiplinger’s editor Janet Bodnar. “And the scandal didn't affect the overall academic quality and value that we measure.”

In 2014–15, the average sticker price for an in-state, four-year public institution, including tuition, fees, and room and board, rose 3%, to $18,943 a year, according to the College Board. The average published price for a four-year private nonprofit college or university rose 3.6%, to $42,419 a year.

Use Our Tool: Find the Best College for You

In 2001, Princeton became the first university to introduce a no-loan policy, which means its financial aid package consists entirely of grants. About one-fourth of students still borrow, but their average debt at graduation is about $5,600, the lowest on all our lists.

All of the schools at the top of our rankings provide strong financial aid packages, often involving no-loan or low-loan deals. For students who qualify, such packages can make an elite private institution affordable, even compared with a public school—which is why it’s important to look beyond the sticker price. Alyssa Johncola, a senior at the University of Pennsylvania and the daughter of two Philadelphia police officers, says she’s paying less to attend the Ivy League school than she would have paid to attend Penn State, Pennsylvania’s largest public university. “I didn’t even know about Penn until my high school adviser told me to apply,” she says.

Another way to trim the tab is to make sure your child graduates in four years. All of the schools at the top of our combined list have four-year graduation rates that are well above the average of 33% for public schools and 53% for private schools. At Haverford College, number eight on our combined list and number four on our liberal arts list, 91% of students get their undergraduate degree in four years. Pomona College, number nine on our combined list, is located on a picture-postcard campus facing California’s San Gabriel Mountains, but students don’t hang around to admire the view: 93% earn their degree in four years.

As for public institutions, here, too, our top-ranked schools do a fine job of propelling students into the workplace. The University of Virginia, which ranks second for in-state and out-of-state public schools, has an 86% four-year grad rate, the highest on the list. The University of North Carolina at Chapel Hill ushers 81% of undergraduates out the door in four years.

Some of the best values for your family may be out-of-state public colleges and universities, particularly if your own state’s schools aren’t a good fit for your child and you don’t expect much financial aid. UNC–Chapel Hill’s sticker price for out-of-state students is $45,494, a bargain compared with the $61,878 sticker price of nearby Duke University, a top private school (number 10 on our combined list).

Suppose you don’t qualify for need-based aid but you aren’t managing a successful hedge fund, either. If your child is a high achiever, he or she may still qualify for merit aid. Although none of the Ivies offer merit-based aid, several institutions at the top of our private-school rankings do. Washington and Lee University, number two on our liberal arts list, offers merit aid to 13% of students who don’t qualify for need-based aid, with an average scholarship of about $35,000.

Public universities also offer merit aid that lowers the cost of tuition for eligible students. The University of Virginia offers merit aid to 13% of students without need, and Truman State (number 12 for out-of-state value) offers aid to an impressive 60%.