Here are the answers to your questions about how we pick the schools on the list. 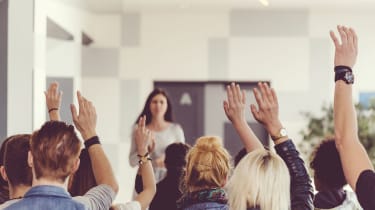 Why do you rank public and private colleges together?

Because so many variables affect what you'll pay for college—including the type of school your child attends, your eligibility for financial aid, the kind of financial aid the school offers and the school's sticker price—it's critical to start the college search by looking at the universe of colleges and not limit yourself to just private or just public schools. To help you compare your options side by side, Kiplinger presents a combined ranking of colleges, as well as separate rankings for the best values in private universities, private liberal arts colleges and public colleges.

You've given a salary figure for each school on the list. Is that number used to calculate a school's rank?

No. The figures, which show the median earnings of workers who started at a particular college 10 years earlier and who received federal financial aid, come from the U.S. Department of Education. The data don't consider whether the workers graduated from college or went on to graduate school. Because of the limitations of this data, we don't include salary figures in calculating each school's rank on our list.

Schools such as Northeastern and Worcester Polytechnic Institute have appeared in your ranking for years but are no longer listed. What happened?

In our continuing effort to provide the most accurate and complete data available, we have excluded schools that didn't supply us with all the data we need to calculate their ranking. Here are the schools, listed in alphabetical order: Allegheny College, American Jewish University, Assumption College, Concordia College, Hofstra University, Illinois Institute of Technology, Northeastern University, SUNY Polytechnic Institute, Stephens College, Stevens Institute of Technology, Wagner College and Worcester Polytechnic Institute.

Why is the top of your combined list mostly private universities and private liberal arts colleges?

Shouldn't all 50 states be represented in the rankings? My state's schools don't appear on any of the lists.

In some states, no school meets our criteria for quality and affordability.

Do the costs listed in the tables reflect one academic year or all four years of undergraduate study?

Why is Washington and Lee University designated as a liberal arts college if it has "University" in its name?

We rely on the Carnegie Classification system, which distinguishes liberal arts colleges from universities based on their academic mission (see above) rather than their own designation.

Unlike other college rankings, ours are based entirely on measurable criteria, such as student-faculty ratios, admission rates, on-time graduation rates, sticker price and financial aid. Neither our opinion nor anyone else's else's affects the calculations.