How We Rank the Best College Values 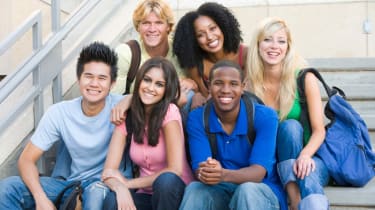 To come up with our best values, we start with data on nearly 1,200 public and private four-year schools provided by Peterson's, then add our own reporting. We narrow the list based on measures of academic quality. We then rank each school using cost and financial aid measures. Quality criteria account for 55% of total points, and cost criteria account for 45% (in the explanations below, criteria in boldface appear in the tables). We include a combined list of the 50 best values in private liberal arts colleges, private universities and public colleges to show how the top schools in each of the three cat­egories stack up against each other. We also include our rankings of the top 50 private universities, top 50 liberal arts colleges and top 100 public universities.

In this category, we include admission rate (the percentage of applicants offered admission) and yield (the percentage of students who enroll out of those admitted). The first number demonstrates the selectivity of the school, and the second shows its ability to compete with other schools for accepted applicants. We also consider the percentage of incoming freshmen who are high scorers on the SAT or ACT, because high achievers enhance the academic atmosphere.

On the quality side, our rankings give the most weight to the four-year graduation rate to reward colleges that help students get undergraduate degrees on time and within budget.

Freshman retention rate shows the percentage of students who return for their sophomore year, an indication of how successful the college is in keeping them on track. Students per faculty—the average number of students per faculty member—is another measure of how well each college fulfills its academic mission.

Schools that keep down average debt at graduation deserve extra points, and we reward them accordingly. We also factor in the percentage of students who borrow. The lower the number, the better the score.

Our rankings focus on traditional four-year schools with broad-based curricula, along with student housing. Schools that offer great value but focus on special or narrow academic programs, such as the military service academies, are excluded. For our public-college rankings, Cornell University, best known as a member of the Ivy League, is another exception. It has three land-grant state schools, each of which costs about $33,000 a year for in-state tuition and fees; these schools have been omitted from the public list because the majority of schools at Cornell are part of the privately endowed university.

In our continuing effort to provide the most accurate and complete data available, we have excluded schools that did not supply us with all the data required to accurately calculate their ranking. Here are the schools, listed in alphabetical order:

How to Interpret the Salary Yardstick

Young adults with college degrees typically earn about 60% more than those with a high school education, but arriving at a specific figure for your student's potential earnings can be difficult. To offer a glimpse of what your child's payday may look like a decade after starting college, we've added a new column to our tables. The figures, which show the median earnings of workers who started at a particular college 10 years earlier and who received federal financial aid, come from the U.S. Department of Education. The data don't consider whether the workers graduated from college or went on to graduate school.

The federal data also do not reflect salary differences between studying, say, English rather than engineering. In fact, a student's field of study—assuming he or she pursues a career in that field—often means more for future earnings than the school name embossed on the degree.

Because of these limitations, we don’t include the salary figures in calculating each school’s rank on our list. Still, the information offers a way to gauge earnings outcomes at various schools and a handy starting point for your estimates. For a clearer picture of how big a paycheck your student may command after graduation, combine the government data with other resources. Schools often provide earnings figures over a different time period or among a different group of students. And Payscale.com offers user-reported income information categorized according to the users' alma mater and college major.

She encourages advisers to introduce students to financial planning.
Skip to ContentSkip to Footer