U.S. Economy to Perk Up in Second Half

Consumers are recovering from a swoon induced by a wobbly stock market. But energy, other sectors will continue to struggle. 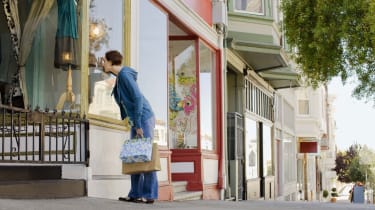 Look for the U.S. economy to pick up the pace a bit from its third super-slow first quarter in three years.

But many folks may not feel much of a lift, especially those in the hard-pressed energy sector, export businesses and many lines of manufacturing, which will continue to struggle in the coming months.

We now expect GDP growth of just around 2% for 2016, in light of the meek 0.5% advance in the first quarter. That’s not much to write home about, and will make the economy seem ho-hum overall.The second quarter is showing signs of life, not unlike in the previous two years, when GDP rebounded after dismal first quarters. Look for second-quarter GDP to rise by at least 2%, but most growth will come in the second half of the year, when economic activity will likely accelerate by 3%.

What will propel the economy going forward? Consumers will play a big role, spending more after going many months paying down various debts and hiking their savings rate. Consumers, of course, account for about 70% of spending. The stock sell-off this winter also caused folks to keep a tight hold on their wallets in the first quarter of 2016 — a temporary factor.

The use of credit cards is on the rise, an early sign of spending picking up. Jobs and wages are also heading in the right direction, helping to hike growth in disposable income. The recovering stock market and rising homeowner’s equity (household net worth is over six times disposable income) also make many consumers feel more flush. Scores of businesses should see sales improve as people open their wallets and banks start lending more to borrowers, including firms looking to expand. Housing, in particular, is in for a solid year, namely in the South and West. Moreover, rising home sales spawn sales of furniture, yard tools and much more. Leisure and hospitality businesses will also see budding strength, and government spending will also provide a boost to economic growth.

But the economy still faces plenty of headwinds. Though oil prices are up from their lows, it will be 2017 before the energy sector begins to stir again. And the dollar, which will remain relatively strong this year, continues to be a thorn in the side of myriad companies that make and export products for sale abroad.

Business spending will climb just 4% or so as firms keep their powder dry while waiting for sales and economic growth to perk up more in the months ahead. The inventory overhang isn’t gone completely…many auto dealers, for example, have too many vehicles on their lots and will try incentives to move them. But inventories overall are finally being whittled down, a positive for the economy.