Instead of the threat of deflation from weak growth and falling prices, the U.S. is facing the opposite: accelerating inflation. 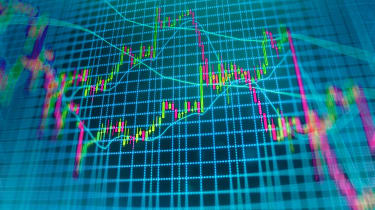 For virtually my entire academic career, I have taught students that interest rates could never be negative. Who, I asked, would pay $100 for a bond that pays $99 at some future date—the effect of negative rates—when you could put $100 in your pocket and guarantee that you’d have the full amount?

Yet today, trillions of dollars in bonds issued by foreign governments are trading at negative interest rates. How did this happen? Unlike our $100 example, an investor with $1 billion who wanted an absolutely safe investment would find it difficult to acquire, store and insure that much paper currency. Furthermore, if you were a foreigner and you wanted to speculate on another country’s foreign-exchange rate, it might be impossible for you to acquire a large quantity of that country’s bank notes.

Consider, for example, what’s happening in Switzerland. Many investors want to hold assets that are denominated in Swiss francs because for many years, the Swiss franc has been one of the strongest currencies in the world. But the difficulty in acquiring Swiss currency means that such investors are driven to load up on Swiss bonds. As a result, demand for these bonds is so high that their prices have risen to the point where their interest rates have turned negative (bond prices and interest rates move in opposite directions). The interest rate on short-term Swiss bonds has sunk below –1.0%.

It is unlikely that the rate on bonds issued by the U.S. government could ever go so low. The large quantity of U.S. currency outstanding, which pays 0%, would sharply limit the demand for negative-interest-rate bonds, even if the Federal Reserve wanted to try that approach.

Positive thinking. Happily, the U.S. is very far away from such a policy. If the Federal Reserve wanted to stimulate the economy, it could take a number of actions before resorting to negative rates. First, it could reverse the interest-rate hike it put in place last December. In addition, it could lower the rate it pays on bank reserves back down to 0.25%. Or it could take the further step of cutting the interest rate on reserves to zero, which is the rate that prevailed before the financial crisis. Finally, the Fed would likely initiate another round of bond buying, as the European Central Bank and the Bank of Japan did before resorting to negative interest rates.

The U.S. economy is far too strong for the Fed to undertake any of these measures now. Even reversing last December’s rate hike would require a dramatic weakening of economic growth and a resumption of falling oil and commodity prices.

Inflation picks up. But instead of the threat of deflation from weak growth and falling prices, the U.S. is facing the opposite threat: accelerating inflation. As oil prices have rebounded, the price of gasoline, which had been declining for more than a year, climbed 21% from its February low to March 29. Inflation in the coming months is likely to run above the Fed’s annual target of 2%. The members of the Fed’s Open Market Committee, the panel that sets short-term interest rates, have indicated that they may reduce the number of rate increases this year from four to two, but the direction of rates is still trending upward.

The negative rates we see in Europe and Japan are the result of extraordinarily slow economic growth, record low inflation and an aging investor class that has decided that settling for zero interest rates, or even rates that are slightly negative, is preferable to risking their savings in the stock market. But the U.S. economy offers investors far better prospects. Barring severe deflationary forces, negative interest rates are not part of our future.