10 Predictions for 2017 on the Stock Market, the Economy, Tax Reform and More

The Kiplinger Letter’s annual outlook reveals what to expect from the U.S. economy, the Trump administration, tax reform efforts, energy prices, the stock market and more. 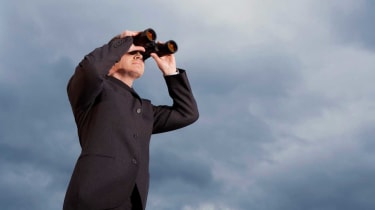 1) The economy will be on sounder footing, paced by healthy wage and job gainsthat are fueling relatively strong housing activity as well as retail sales, including cars and trucks.GDP growth: About 2.1%, vs. 1.6% this year. Wages will rise 3%, on average, from 2.5%, as the labor market continues to mature and tighten.

3) With Trump bullish on tax changes and the GOP controlling Congress, odds for tax reform couldn’t be better. The last big revision of taxes was in 1986.

We expect lower tax rates, coupled with fewer deductions and credits. Trump wants to consolidate the individual rates to three: 12%, 25% and 33%. On business rates (including C corps), it wouldn’t surprise us to see a top rate of 25%. Also, look for lawmakers to provide relief from the estate tax and maybe even kill it. Republicans vow to act fast on tax overhaul, possibly enacting changes as soon as next year, even given the magnitude of the proposed modifications.

4) Obamacare will be rejiggered into an as yet unknown form of Trumpcare.But there won’t be an all-out repeal of Obamacare, despite the symbolismof a vote to do so early next year. The fact is, total repeal would require the supportof eight Senate Democrats willing to go along with Republicans…won’t happen.Lawmakers will tread carefully on making changes to the health care lawto avoid rash moves that could cause millions of Americans to lose coverage.

5) Will the coal industry come roaring back with Trump in the Oval Office?Not quite. Though the industry is already enjoying a bit of a comebackbecause of an increase in the price of natural gas, which competes with coal,gas is still cheap by historical standards, so coal’s upside remains fairly limited.

Even if Trump approves measures that help coal, they’ll fall shortof significantly raising the use of coal in power generation, which would stay at about 30%.But holding steady isn’t so bad in light of earlier expectations of further declinesattributable to tough climate change regulations and rock-bottom natural gas prices.

6) Electronic money will gain traction as more financial firms launchor refine their digital payment platforms. Advances in biometrics, securityand cloud computing, along with more people connected to the web, will make it easierfor consumers to increasingly forgo cash and trips to brick-and-mortar banks.

Among digital innovations: A mobile app from Google called Hands Freethat lets customers pay for stuff at stores without having to pull out their phones.Plus an app being developed by Visa and Honda to allow drivers to pay for productswithout leaving their cars. The app will be programmed into vehicle dashboards.

7) 2017’s rising social media star? Snapchat. The app’s parent company,Snap, plans a reported $25-billion IPO next year, which will give it deeper pocketsto take on social media giants, especially top dog Facebook. Proponents of Snapchatsay it’s better designed than Facebook and better built for use on mobile devices.Major media companies such as ESPN, CNN, National Geographic and iHeartMediause Snapchat to reach young folks. But the app is also catching on with their elders.Going forward, the app is sure to attract a growing stream of advertisers.

8) Trump’s rapprochement with Russia will fall flat after a brief honeymoonbetween him and Russian President Vladimir Putin. Any potential “reset” in relationswill face stiff opposition from both Republicans in Congress and the Pentagon brass,who mistrust Moscow and favor a more hard-line stance against Russia.They’re sure to raise Cain if the White House appears to be going soft on the Kremlinor casts doubt on America’s commitment to NATO, the transatlantic military alliance.

9) Al Qaeda is going to surpass ISIS as the top terrorist organizationin the Middle East. Best known for having orchestrated the 9/11 attacks in the U.S.,al Qaeda has been more restrained of late, attracting many Sunnis who are repelledby the Islamic State’s brutality and see al Qaeda as more receptive to their needs.But ISIS isn’t going away. In fact, Europe and the U.S. may be more at risknext year and beyond as ISIS ramps up efforts to inspire lone-wolf attackers.

10) Middle America will find itself in the spotlight. It will get more attentionfrom both politicians and marketers who have come to realize they’re out of touchwith working-class whites in the heartland who propelled Trump into the White House.Folks between the east and west coasts will hear more populist economic rhetoricand see more ads and products from retailers better targeted to their likes and needs.