Even as the economy recovers, some jobs will never come back.

Economists are debating whether our stubbornly high unemployment rate is due to structural or cyclical factors. Can you explain the difference? Structural unemployment is the level the economy tends to settle at when economic activity is back to normal. There are always some people between jobs, because they have the wrong skill sets or because it just takes time to find work. You can address structural unemployment only through education and other support programs, not through monetary or fiscal policy. High cyclical unemployment occurs during recessions, when businesses temporarily lay off lots of people. As the economy recovers, those jobs usually come back.

Which is it this time around? In a normal recession, the period of very high unemployment is usually short -- a couple of years. This recession has been very deep, and the recovery, very weak. That means a greater risk of structural unemployment. People out of work for a year or two become much harder to employ because they lose skills. Also, this time around people are unable to move to take a job because of negative equity in their homes. And some industries have suffered a sustained shock. We think there's more of a structural loss within real estate and manufacturing that's not going to come back -- and a large group of people who have invested in skills that are much less marketable now. 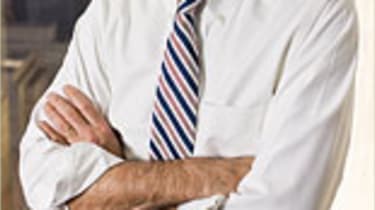 What can be done? The quicker you get the cyclical rate down, the fewer long-term unemployeds there are. You want to break the vicious cycle. The government needs to keep both feet planted on the accelerator of easy monetary and fiscal policy. Anything to reallocate people geographically and across jobs will help -- finding ways to improve the housing picture will increase mobility. Job training is important.

When will things get back to normal? Not for at least three to four years. And then, we may still have a 6.5% unemployment rate.