5 Stocks the Bull Market Left Behind

Looking back over the bull market that began in March 2009, stock investors should be clinking their proverbial glasses. 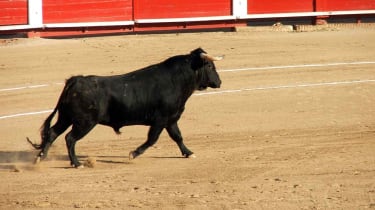 Looking back over the bull market that began in March 2009, stock investors should be clinking their proverbial glasses. Since the bull began, the Standard & Poor’s 500-stock index has returned an annualized 19%. Looking ahead, however, they may be wondering how much higher stocks can go, especially with the S&P trading well above historical averages, at 18 times estimated year-ahead earnings.

Still, even an eight-and-a-half-year rising tide hasn’t lifted every boat. For one reason or another, these five stocks have lagged the return of the S&P 500 during the bull market. For investors willing to take a chance on these unloved shares, we think they have the potential to make up the lost ground.

Data is as of October 4, 2017. Click on symbol links in each slide for current share prices and more.

Stocks are listed alphabetically. Earnings are based on estimates over the next four quarters.

Apache is an exploration and production company, specializing in the discovery and extraction of crude oil and natural gas. At the beginning of the decade, when other E&P companies were expanding into lucrative, horizontal shale drilling, Apache was operating under an old, conservative business model acquiring used oil fields on the cheap and wringing out profit from leftover oil. The stock dropped from 2011 until early 2013 as the company remained on the sidelines of a boom in shale production, and then cratered again when oil prices collapsed in 2014.

In the years since, the company has made changes that leave it well positioned relative to competitors, says Brian Jurkash, comanager of Invesco Growth and Income fund, which holds the stock.

Namely, the company began exploring again, and in 2016 announced a huge discovery: an untapped area in Texas’s Permian Basin, dubbed the “Alpine High,” that the company estimates holds 75 trillion cubic feet of natural gas and 3 billion barrels of oil. Apache’s acquisition of 352,000 acres cost the company just $1,300 per acre. Jurkash says rival companies pay as much as $50,000 per acre for comparable land in the Permian. Earnings have been lackluster as the company has aggressively spent to ramp up operations there, and questions remain over the company’s ability to extract profit from the land. But Jurkash is confident in Apache’s executives, who have operations in the Alpine High running ahead of schedule and under budget. The shares currently trade near 10-year lows and come with a 2.2% dividend yield.

Gilead spent years as a trendy biotechnology growth stock, specializing in treatments for hepatitis C and HIV, before hitting a speed bump in 2015. The shares plummeted as the hep C business came under pressure from rival drugs. Moreover, Gilead’s treatment proved effective in not only treating hep C symptoms but curing the disease—a fortunate development for victims of the disease but a challenge for Gilead, which struggled as its customer base shrank.

Investors have clamored for Gilead to deploy its considerable reserves of cash in search of the next miracle cure, and in August, the company responded, acquiring cutting-edge cancer-drug developer Kite Pharma for $12 billion. The acquisition could prove to be a catalyst for Gilead on several fronts, says Robert Klaber, co-manager of Parnassus fund. Gilead is the fund’s top holding. Kite can operate as a platform upon which Gilead can build an innovative and expanding oncology division, says Klaber. And while the hep C division will continue to provide the company with nice cash flow, he says, Gilead can focus on drugs in development that have the potential for rapid growth, such as next-generation HIV treatments, and a drug aimed at treating NASH, a liver disease. Treatment of NASH could command $30 billion in annual global sales, Morningstar says.

The shares are up 17.3% in 2017, but Gilead still lags the S&P’s bull-market gain and trades for just 11 times forward earnings, a valuation that Klaber says represents a big discount for a “best in class” company. After an 11% dividend increase in June, the shares yield 2.5%.

Formerly known as Kraft Foods, Mondelez is the world’s largest snack company, operating in more than 80 countries with seven brands generating over $1 billion in annual sales, including Oreo, Cadbury and Trident gum. But the company has recently been the victim of shifting consumer trends. North American food shoppers are increasingly eschewing middle-aisle packaged foods in favor of the healthier, fresher options at the grocery store’s perimeter. What’s more, brand-name foods face competition from lower-cost private-label items. As a result, companies that make packaged foods have felt the burn of late; their shares have fallen 3% over the past 12 months, on average, compared with an 18% gain in the S&P 500.

That Mondelez has fallen along with them, however, represents a market overreaction, says Parnassus’s Klaber. For one thing, he says, despite rockiness on the home front, Mondelez derives only 24% of revenue from the U.S., with the rest coming from abroad, including a 40% draw from faster-growing emerging markets. Furthermore, Mondelez’s stable of excellent brands, especially candy and chewing gum, which people tend to buy brand-name, faces less pressure from private labels than competitors’ offerings.

The stock currently trades at 18 times estimated year-ahead earnings—in line with the broad stock market. That represents a sizable discount to a P/E that’s been running at a 30% premium to the market, on average, over the past five years. The shares yield 1.9%.

Patterson distributes supplies for both dental and veterinary practices. The company has reported declining earnings for the two fiscal years that ended April 30, coinciding with a steady drop in the stock price.

Expenses related to the $1.1 billion acquisition in 2015 of another distributer, Animal Health International, are partly to blame for that year’s earnings, says Value Line analyst James Flood. In addition, overzealous cuts to the firm’s sales staff have crimped revenues, says Parnassus’s Klaber, and in late 2016 the company announced the end of its 20-year exclusive relationship with major dental supply manufacturer Dentsply Sirona, sending the shares reeling.

But Patterson is working its way back. Chief executive Scott Anderson stepped down in June, and the firm is hunting for a replacement. With the right executive at the helm, says Klaber, investors will have plenty of ways to win with the stock. One possibility: Given that the company’s two supply businesses don’t overlap, Patterson could sell its animal-health business and reinvest the profits in the dental-supply business, which boasts higher profit margins. But even intact, the company has bright prospects, Klaber says. The firm is inking distribution agreements with other dental-equipment manufacturers, such as Align and Danaher, for example. Analysts expect Patterson to boost earnings by 26% in the fiscal year that ends in April 2018. Klaber says the stock is a buy because “it is cheap and is trading back at 2013 levels.” The shares offer a 2.6% dividend yield.

The number of beaten-down stocks floating in Amazon.com’s wake grows every year. But not every stock in these “disrupted” industries is dead in the water.

Take Target, for instance. True, shares of the mega-retailer have struggled due to some very real concerns. At $3 billion, the company significantly lags competitors Amazon ($55 billion) and Walmart ($16 billion) in North American online sales. And Target’s under-commitment to grocery items (which turn over faster than other items) means it commands lower sales per square foot than Walmart or Costco.

But Bill Smead, who manages Smead Value fund, says that Target has the tools, such as a strong brand name and a robust balance sheet, to engineer success in an increasingly competitive retail field. It doesn’t hurt that Target still rakes in tons of cash, and the company is deploying it in an effort to improve the customer experience—building out its e-commerce platform, lowering prices, revamping old stores and building smaller stores in urban locations. Over the next five to 10 years, Smead sees Target’s business thriving as a generation of young millennial parents comes online—the largest and wealthiest such generation since the baby boom.

While they wait for a turnaround to play out, Target investors can expect a robust and growing dividend. The company has plenty of free cash flow (cash profits left over after capital outlays) to cover its payout, which has grown annually for 46 years straight. Following the most recent hike in August, the shares currently yield 4.2%.