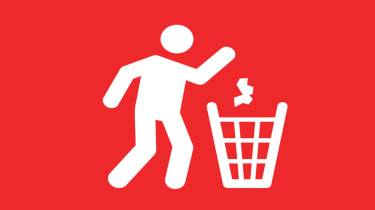 This bull market never stops charging. Now in its ninth year, the current winning streak has delivered a 342% cumulative gain in Standard & Poor’s 500-stock index since its 2009 low. In 2017 alone, the Dow Jones industrial average has hit a new record closing high more than 40 times.

We don’t think this bull is ready to quit stomping yet, but investors might want to play it safe by locking in profits on some top-performing positions. We’ve picked five stocks that each deserve a generous trimming. Four of our picks have solid business prospects, but not promising enough to justify inflated stock prices buoyed by excessive optimism. The last name on our list, Twitter, faces a deteriorating outlook. Consider pruning these names as part of an overall portfolio rebalancing (for more defensive moves to make if you are worried about stocks retreating, see 5 Ways to Protect Your Portfolio in a Stock Market Correction).

Data is as of Sept. 26, 2017, unless otherwise indicated. Click on symbol links in each slide for current share prices and more.

Price-earnings ratios based on 2018 estimates.

Hulu may have cleaned up at the Emmys this year, but Netflix has been winning investors’ hearts. Shares of the streaming service surged 89.7% in the 12 months ending September 26, thanks to optimism about its ability to continue to attract millions more users in the U.S. and abroad. The stock spiked 14% the day after Netflix reported results for the second quarter, when the company added more users both internationally and at home than the company had been forecasting.

Investors may be seeing green in Netflix’s subscriber numbers, but they’re also ignoring plenty of red on its cash-flow statement. The last time Netflix generated positive free cash flow (the cash profits a company generates annually after making the capital expenditures necessary to maintain the business) was in 2013, and the shortfall has grown every year since. That’s because Netflix pays a tremendous amount to produce its own award-winning content and to license top shows and films from other providers. Netflix must continue to spend aggressively on both fronts to attract and hold on to customers, who pay no switching costs to change streaming services. And all that spending still doesn’t guarantee Netflix the hottest content: In August, Walt Disney Co. (DIS) announced it would stop licensing films to Netflix at the end of 2018 and would instead launch its own streaming service.

Netflix bulls say strong international growth justifies its exceptionally high price-earnings ratio. But we think hot air is playing a part, too. Consider selling some shares before the market cools.

If the name Sangamo Therapeutics leaves you scratching your head, you’re forgiven. The company sells no products, and is perhaps best known as a runner-up in the race to develop the leading gene-editing technology. So-called CRISPR technology arguably has that title in the bag—scientists praise CRISPR as a game-changer for the simplicity and ease it brings to gene editing. Sangamo, however, made its name pioneering a more laborious (and less snappy-sounding) “zinc finger protein” technology.

Sangamo’s technology still holds promise. The company is in early-stage clinical trials for gene-targeting therapies to treat hemophilia and other rare genetic disorders, and has several other therapies under development. More-established drug companies, including Pfizer (PFE), contribute funding for Sangamo’s research as part of collaboration agreements. But the company has yet to deliver preliminary results from its clinical trials. Moreover, Sangamo has been working on its zinc finger technology for more than 20 years, without bringing a product to market.

If you’ve ever paid for lunch at a food truck with a credit card, you’ve probably seen Square’s sleek credit-card readers in action. The company quickly won millions of customers in its first years of existence thanks to its popular payment-processing system. Now, Square is aiming to sell those customers more services, such as payroll processing and marketing software. The company announced this month that it is applying for a banking charter, so that it may offer small-business loans directly to its customers (Square already offers loans through a partnership with Celtic Bank). “It’s growing fast, and there’s a lot of potential,” says analyst Jim Sinegal, who covers the stock for Morningstar.

The trouble is, investors are probably overestimating how profitable those ventures will be, and underestimating how much competition Square will encounter along the way. Based on peer companies such as PayPal (PYPL), Sinegal estimates that Square’s operating margin (profit from business operations divided by sales) is likely to reach 8% in the next five years (the company currently posts an operating loss). He says the current stock price reflects overly rosy assumptions of an eventual operating margin more on the order of 16%.

Investors seem to be pricing Square as though it has already established dominance in small-business financial services in the same way that Apple (AAPL) leads the consumer electronics market. But Square isn’t there yet. “The bullish story is Square becomes an Apple for small businesses,” Sinegal says. “The bear case is you just don’t see that many Apples.”

Tesla has had plenty to celebrate this year. In July, the company finally launched its first mass-market sedan, the Model 3, to rave reviews, after years of anticipation. The following month Tesla announced it had completed its first solar-roof installations (those are roofs made with solar-cell shingles, and differ from conventional solar panels, which sit atop a traditional roof). CEO Elon Musk says Tesla will unveil its first battery-powered semi-truck in October. With the stock up 61.6% so far this year, Tesla’s investors are surely celebrating too.

But all that jubilation has yet to translate into positive cash flow or profits. The company burned through more than $1 billion in cash during the second quarter this year, and will continue to need huge amounts of cash to finance the battery factories it is building and development of new products. The company raised almost $2 billion in a debt offering in August, but will almost certainly have to sell more shares or debt to keep up with its titanic ambitions.

Efraim Levy, who covers the stock for CFRA Research, likes the company’s long-term prospects, but says that even awarding Tesla an ultra-premium valuation doesn’t justify the current share price. “The stock price has gone up even as the consensus of analysts’ expectations has weakened and losses have widened,” he says. “Even if things go right, you’re paying a lot up front for future potential.”

If you need any reminder that a trendy, growing business doesn’t always translate into rewards for investors, look no further than Twitter. When the company began trading publicly in November 2013, it was a sexy business with a large, growing user base. Investors bought the stock not because they’d crunched the numbers on profits (there were none), but because the company seemed to have potential. But instead of surpassing sky-high expectations, user growth waned in the following two years and investor sentiment soured. The stock has lost a cumulative 36% from its initial public offering price of $26 per share.

More recent developments afford no cause for optimism. Although Twitter’s user base grew in the first quarter this year—likely thanks to its new status as unofficial White House megaphone—it appears that the bump was a one-time affair. The company reported no growth in worldwide users during the second quarter, and U.S. users fell by 2 million. Worse, ad revenue per monthly active user shrank during the quarter, and some analysts worry that the decline could presage a downward spiral in ad revenue. Advertisers would rather spend on platforms with a growing user base, such as Facebook (FB) and Snap Inc.’s (SNAP) Snapchat, and so could demand increasing discounts to advertise on Twitter. The company plans to persuade new and existing users to spend more time on the site with expanded news video offerings. But that might be a tough sell, says Argus analyst Jim Kelleher: “Those getting their news from NBC or ABC are not at risk of being abused by neo-Nazi trolls.”

Twitter faces profound problems, and will have to execute a turnaround before it can post its first quarterly profit. Investors who hold individual shares should consider bailing out.

SEE ALSO: 10 Stocks Every Retiree Should Own

Bonds can be more complex than stocks, but it's not hard to become a knowledgeable fixed-income investor.
Stock Market Today 12/2/20: tktktk

A weak ADP payrolls print took the life out of stocks Wednesday, but continued stimulus talks nudged a few major indices into the black by day's end.
The 7 Best Bond Funds for Retirement Savers in 2021

Fixed-income investors have a rocky hill to climb in 2021. These are seven of the best bond funds to buy for this tall task.
Stock Market Today 12/1/20: Wall Street Hangs on Stimulus Hopes Again

A stimulus package brought by a group of nonpartisan senators Tuesday sparked stocks, which kept most of their gains even after the plan was shot down…