4 Funds to Cut Your Risk in a Stock Market Correction

These low-volatility funds can keep your portfolio from getting creamed during the next selloff. 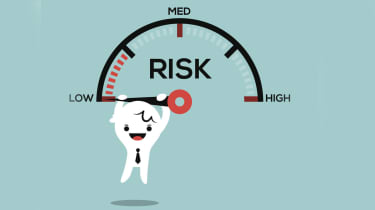 I don’t think that the recent market rumblings are signaling the onset of a bear market. But stocks are richly priced, and we’re overdue for at least a 10% plunge in share prices, which typically occurs once or twice a year, shaking investors’ confidence.

Particularly if the eight-year bull market has pushed your allocation to stocks higher than you intended, this could be an ideal time to reduce risk. We suggest here three first-rate exchange-traded funds and one mutual fund that let you ratchet down risk without making the mistake of dumping all your stocks.

These “low-volatility” funds let you profit from the stock market’s good times without getting creamed in the bad times. Make no mistake, when the market tumbles, they’ll go down, too. But numerous academic studies have shown that stocks with lower volatility or standard deviations—meaning they jump around less than the market does and don’t stray too far from their average prices over time—have provided better risk-adjusted returns than more-volatile stocks.

Low-volatility funds almost always load up on traditionally defensive sectors such as consumer staples, health care and utilities. In the current bull market, these sectors have been bid up above their historical average valuations, according to Research Affiliates, an investment firm in Newport Beach, Calif. Nevertheless, it’s hard to imagine a bear market in which they don’t hold up better than more economically sensitive sectors. But to be on the safe side, I’ve selected funds that limit sector overweights and underweights to no more than five percentage points above or below the allocation of the benchmark index.

The following are four favorites of Bryan’s and mine. All come from Blackrock, the giant firm that sponsors iShares, or Vanguard. While humans write and continually tweak the computer programs that select the stocks for the funds, these are all quasi-index strategies. (All returns are through August 25.)

iShares Edge MSCI Minimum Volatility USA ETF (symbol USMV, $49.94) returned an annualized 13.6% over the past five years, trailing Standard & Poor’s 500-stock index by a mere 0.4 percentage point per year. It accomplished that with 10% less volatility than the benchmark. We haven’t had a bear market since the fund’s inception, but over the past five years, in months in which the broad market went down, the fund declined only 60% as much as the market. The ETF favors stocks with relatively stable cash flows. Expenses are 0.15% annually.

iShares Edge MSCI Minimum Volatility EAFE ETF (EFAV, $70.65) applies the same approach to foreign developed stocks, charging 0.20% annually. The ETF was 20% less volatile than the MSCI All-Country World ex-USA index over the past five years. In months when the index fell, the ETF lost just half of what the index did. Because foreign stocks overall were in the doldrums during most of that five-year stretch, the ETF topped the index by an average of 1.9 percentage points annually. It returned an annualized 9.0% in the past five years.

iShares Edge MSCI Minimum Volatility Emerging Markets ETF (EEMV, $58.05) invests in emerging markets and charges 0.25% annually. It was 20% less volatile than the MSCI Emerging Markets index over the past five years. In months when the index lost ground, the ETF fell 78% as much as the benchmark. It returned only an annualized 3.1% during the five-year period, an average of 1.8 percentage points per year less than the index. True to form, this low-volatility choice lagged the broader benchmark as emerging markets began to rally in 2016. Look for the ETF to do relatively better during sell-offs, as it did in 2013–2015.

Vanguard Global Minimum Fund (VMVFX) gives you the entire low-volatility world in one package. This mutual fund has been around only three-and-a-half years, but returns to date are impressive. Over the past three years, the fund returned an annualized 9.8%, an average of 1.9 percentage points per year better than its benchmark, the FTSE Global All Cap Total Return index. In months when the index declined, the fund lost just 31% of what the index did. Returns through most of that period were helped by the fund’s policy of hedging all foreign-currency exposure. The fund currently has just over half of its assets in the U.S.

Global Minimum has a couple of wrinkles. It’s constructed primarily by studying how individual stocks interact with others to produce a low-volatility portfolio. Managers are allowed to delay buying or selling when there are changes in index holdings, which often translates into better prices for the fund. Like the iShares ETFs above, the fund limits overweights and underweights in sectors and countries to five percentage points above or below the levels in the index. It currently has a five-percentage-point overweight in health care. Expenses are 0.25% for the Investor shares and 0.17% for the Admiral shares, which require a $50,000 minimum.

I don’t view these funds as core holdings for any but the most risk-averse investors. But taking 10% or 20% from one of your more aggressive stock funds and adding it to one or two of these funds could help your investments produce solid returns while cutting your risk.

This member of the Kiplinger 25 gained 9.5% over the past 12 months, beating 76% of its peers.
Build a Bond Ladder

Exchange-traded funds give a new twist to an old technique to navigate a tricky market and manage cash flow.
10 of the Best Target-Date Fund Families