10 Top Utility Stocks to Buy for Safety and Dividends 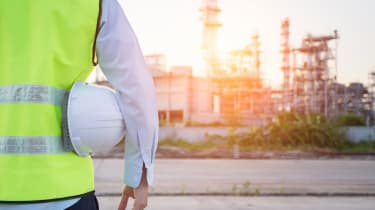 A strange thing is happening with utility stocks.

Traditionally, when interest rates move higher – typically measured by the movement of the 10-year U.S. Treasury yield – investors rotate away from utilities. But that hasn’t been the case; in fact, the opposite is true. Instead, the sector’s safety aspect is winning out, and jittery investors are piling into the space.

“In a market like this, in a dramatic selloff, the rotational effects will be higher than the interest rate effect,” says Jay Hatfield, CEO and portfolio manager at Infrastructure Capital Management.

Broadly speaking, according to stock market research firm Birinyi Associates, independent power producers and electric utilities are best at handling the market adversity. Multi-utilities and water providers are losing ground, just like the rest of the market.

But specifically, what are the best stock picks in this defensive sector – where investors can duck for cover? Here are 10 utility stocks to buy that yield an average of 4.1%.

Data is as of Oct. 22, 2018. Dividend yields are calculated by annualizing the most recent quarterly payout and dividing by the share price. Analysts’ opinions provided by The Wall Street Journal. 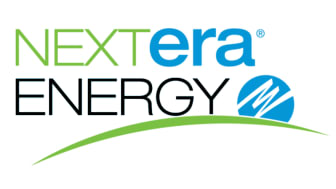 Juno Beach, Florida-based NextEra Energy (NEE, $172.66) is not only the largest U.S.-listed utility stock by market cap, but it’s also on Fortune magazine’s “Change the World” list of 25 companies “that have had a positive social impact through activities that are part of their core business strategy.” It’s the only energy company in the Americas to be named to the 2018 list.

“At NextEra Energy, we firmly believe that we have an unprecedented opportunity to shape how energy is produced and delivered,” CEO Jim Robo said in August. “By investing in smart infrastructure and innovative clean energy solutions, we’re helping build a sustainable energy future that is affordable, efficient and clean.”

Florida Power & Light, its principal energy producer, has 14 solar energy plants and another 200 smaller installations capable of producing 935 megawatts of clean energy. NextEra Energy Resources, the utility’s renewable energy subsidiary owns more than 120 wind farms across North America that generate more than 14,000 megawatts of wind energy. The subsidiary is the world’s largest generator of renewable energy from wind and sun. 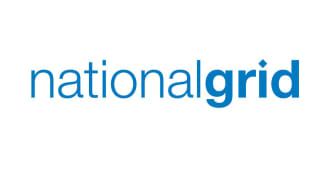 If you’re concerned about safety and dividend income, National Grid (NGG, $54.40) is a good place to park your money. Its yield is close to 6%, and the payout is growing by 2% to 3% annually.

National Grid has operations in the U.K. and the U.S. In America, it operates in upstate New York, Massachusetts, New Hampshire, Rhode Island and Vermont. In fiscal 2018, National Grid’s U.S. business grew revenues by 11% to $12.2 billion. Its U.S. operations generate 49% of the company’s adjusted operating profit.

In the U.K., NGG has both electricity transmission and natural gas transmission businesses. They generate about 44% of the company’s adjusted operating profit; other businesses, including real estate, account for the remaining 7%.

This shareholder-friendly company returned roughly $5.3 billion to investors this year in the form of a special dividend after selling the remainder of its stake in U.K. gas distribution business Cadent Gas. 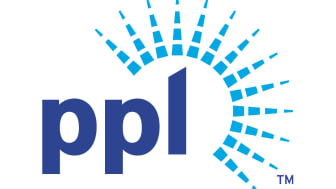 Like National Grid, PPL Corp. (PPL, $30.57) owns regulated electric utility operations on both sides of the Atlantic. PPL provides power to more than 36,000 square miles of service territory in Pennsylvania, Kentucky, Virginia and Tennessee, as well as the U.K. Add up all the miles of power lines and they wrap around the globe eight times.

Yes, it’s a big company, but what investors really want from utility stocks are stable earnings and dividend growth. PPL provides both. Over the next two years, PPL expects its earnings per share to grow 5% to 6% annually to $2.58, with another 5% to 6% dividend growth over the same period for an annual total return of 10% to 12%.

To ensure its growth, PPL expects to spend $15.4 billion on its infrastructure between 2018 and 2022. That in turn should increase the company’s rate base from $27.3 billion in 2018 to $33.7 billion in 2022, with much of the increase coming from its Pennsylvania operations.

PPL prides itself on customer satisfaction. In 2017, it had the sixth most reliable electric utilities grid based on the number of outages out of 93 companies across the U.S. It was No. 1 in the Mid-Atlantic. 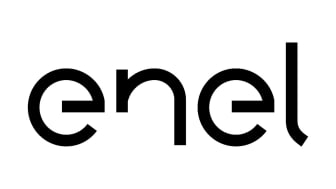 When it comes to clean energy in the U.S., Eversource Energy (ES, $63.20) should be at the top of any investor checklist. The company owns electric, natural gas and water utilities that operate in Connecticut, Massachusetts and New Hampshire, providing utility service to almost 4 million New England customers.

Eversource got into the water utility business in June 2017 by acquiring the Aquarion Water Company from Macquarie Infrastructure Partners for $1.7 billion. Aquarion has almost 230,000 customers in the three states where Eversource does business, so it was a natural fit.

“Aquarion’s superior operational performance earned the company a number one ranking among Northeast water companies in recent customer satisfaction surveys,” Eversource said in a press release. “Eversource is recognized as the top U.S. utility for its energy efficiency programs, saving its customers nearly $1 billion and resulting in a reduction of carbon dioxide emissions by three-quarters-of-a-million tons annually.”

Eversource has done a good job of keeping shareholders happy, delivering a total return of 183.5% over a 10-year period through the end of 2017. That’s 58 percentage points better than the Standard & Poor’s 500-stock index, and almost double the Edison Electric Institute (EEI) stock index – an index composed of 43 U.S. investor-owned electric utilities.

As for the dividend, ES has grown its payout by 8% compounded annually over the past eight years, while keeping the payout ratio no higher than 61%. It’s not a big yielder, but it makes up for it through capital appreciation. 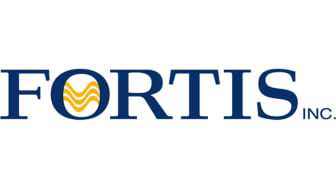 St. John’s, Newfoundland and Labrador-based Fortis (FTS, $32.39) came out with an updated plan on Oct. 15 that will see it increase the amount it spends on its electric and natural gas utility assets over the next five years from C$14.5 billion to C$17.3 billion. With this increase in capital expenditures, its consolidated rate base is expected to grow from C$26.1 billion in 2018 to C$35.5 billion in 2023.

Although Fortis is based in Canada, it generates a significant portion (63%) of its revenue in the U.S., and it also serves the Caribbean – all told, it services 3.3 million customers. And 97% of its revenue is generated through regulated assets, providing income investors with greater assurances that it will meet its annual dividend commitments.

Fortis is an awfully consistent dividend payer. The company’s payout has improved 44 years in a row at an average of 6% annually. 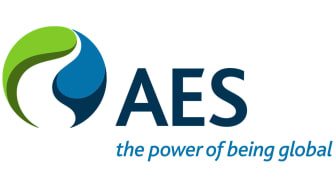 Geographically, AES generates 45% of its power from U.S. assets, 30% from South America, 16% in Eurasia, and 9% in Mexico, Central America and the Caribbean.

AES used to be known for its coal assets, but in recent years has swung more toward renewable energy sources through its $1.6 billion acquisition of sPower in July 2017. AES acquired the utility-scale solar business in partnership with the Alberta Investment Management Corporation. The assets acquired included more than 75 solar facilities spread across 11 states.

“They’ve been doing renewables for a long, long time. And so, the idea that they can decarbonize while becoming tomorrow’s growth company is exciting,” ValueAct Capital CEO Jeffrey Ubben told CNBC earlier this year. “What tends to happen is the coal plants pay the dividend, and so you see a lot of companies that maybe hug the coal plant because its investors want the near-term dividend. But you have to future-proof your business.” 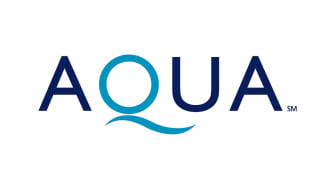 Aqua America announced on Oct. 2 that it had reached a milestone of 1 million customer connections with the acquisition of a water and wastewater system in Peotone, Illinois, that serves 3,000 customers.

“The growth that has led to our 1 millionth customer connection is a direct result of Aqua’s commitment to improving water quality and infrastructure in the United States,” CEO Christopher Franklin said. “By partnering with municipalities that need help with maintaining their water and wastewater systems, we make essential infrastructure investments in the communities we serve.”

Aqua America, which owns more than 1,700 water and wastewater systems, has grown its business through acquisitions such as this. In fact, WTR has made 300 acquisitions since 1995. In fact, M&A is behind the company’s significant stock hit the day of this writing; Aqua America made an ambitious $4.3 billion acquisition of Pittsburgh-based Peoples Gas.

An estimated 71 million customers receive power from Enel, and 49% of it is generated by renewable energy sources including water, wind, geothermal, solar and biomass. It was the first power company to use smart meters allowing for the development of intelligent energy grids.

Over the next two years, Enel Chile expects to grow its EBITDA by 35% to $1.2 billion while reducing its capital expenditures by 43% over the same period. That should provide a big tailwind for the stock.

Between 2018 and 2024, Enel Chile intends to equip 100% of its customers with the smart meters mentioned earlier, providing the remote measurement of consumption, reducing its overhead costs. 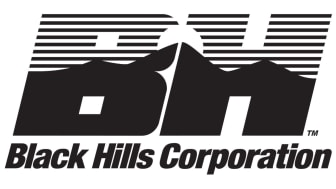 Black Hills provides power to more than 1.25 million customers spread across 800 communities and eight states, including its home state.

The company is currently building a 175-mile transmission line from Rapid City to Stegall, Nebraska. It put up the first leg in July 2018; it expects the entire project to be completed by the end of 2019.

Black Hills’ strategy is to grow its earnings per share over the long-term at a higher rate than the utility industry average while also paying out 50% to 60% of earnings to shareholders, leading to above-average shareholder returns. Over a 10-year period between July 31, 2008, and July 31, 2018, Black Hills generated an annualized total return of 10.7% – 320 basis points higher than the S&P 500 Utilities Index.

If you’re looking for a utility stock that punches above its weight while delivering consistent income and capital appreciation, Black Hills is an option. 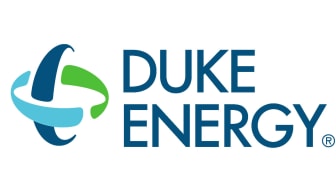 The S&P 500 has 24 companies that are run by women. One of them is Duke Energy (DUK, $82.64) CEO Lynn Good, who joined the company in 2006, then became the chief executive in 2013 after stints as CFO and head of Duke’s commercial energy businesses.

Since Good took the top job on July 1, 2013, Duke has generated a 54% total return – slightly less than its regulated electric utility peers, but it’s still an excellent stock to hold when the markets get choppy and volatile.

Under Good’s leadership, Duke has made a big move toward transforming the utility, unveiling a 10-year plan in 2017 that will see it invest $11 billion to generate cleaner energy, reducing carbon dioxide emissions by 40% from its 2005 levels.

Duke provides 7.5 million people in the Southeast and Midwest with electricity out of a total population of 24 million, and serves another 1.6 million natural-gas customers. So it’s not surprising that Duke generates more than $23 billion in annual revenue last year, much of it regulated.

If you’re worried about your dividend payment, don’t be. DUK has paid a dividend annually for 92 consecutive years.