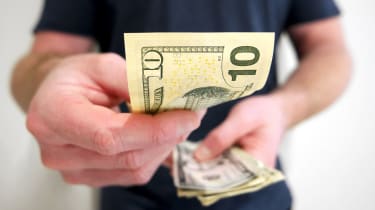 It’s easy to find cheap stocks. At the moment, nearly 1,700 publicly traded stocks are priced at less than $10 per share, according to FinViz data.

What’s tricky is identifying any quality cheap stocks to buy – sorting through the garbage and discovering the hidden gems. While nominal prices typically don’t matter, once stocks start to dip below $10 per share, you often find significant fundamental problems and weaker expansion prospects.

However, the 10 cheap stocks to be explored today are a different breed. Using TipRanks’ data, we have pinpointed 10 low-priced stocks that not only have exciting investing potential (many do), but also a consensus “Strong Buy” rating, which comes from having an overwhelming percentage of “Buy” recommendations. This is based on ratings from the past three months by TipRanks-designated “Best Performing” analysts who get it right time and time again. Also listed is the average analyst price target and potential upside that represents.

Here’s a closer look at these 10 cheap stocks to buy, including why Wall Street is so bullish right now.

Data is as of April 23, 2018. Consensus price targets and ratings based on “Best Performing” analysts. Click on ticker-symbol links in each slide for current share prices and more. 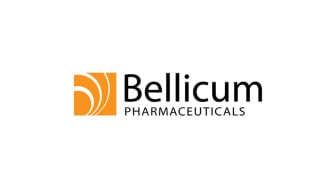 That news, announced April 11, shot BLCM shares 20% higher and prompted Wells Fargo’s Jim Birchenough (view Birchenough's TipRanks profile) to upgrade his rating on the stock from “Hold” to “Buy.” He also lifted his price target from just $6 per share to $23, which would represent 220% upside from current prices.

Rapid resolution of the clinical hold “substantially de-risks the investment,” Birchenough explained to investors in a research note. Furthermore, he sees Bellicum’s platform for controllable cell therapies as ‘well positioned’ for therapeutic oncology indications. Note that Birchenough has a five-star rating on TipRanks due to his precise stock picking ability.

Looking forward, future readouts of trial data should act as significant catalysts for share prices. The key dates to watch out for are June 14-17 and December 1-4. These are the dates for two major medical conferences by the European and US associations for blood disorders. 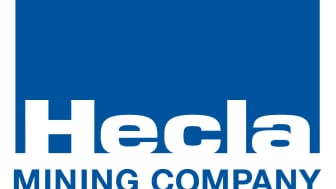 “We believe that the acquisition may very well be a bargain for Hecla, given that the entire firm less the spun-out Canadian assets were acquired for approximately $76.0M less than our estimated fair market NAV excluding the Canadian assets.”

He believes the $462 million Klondex acquisition gives Hecla substantial growth and diversification. And even without Klondex, the company is experiencing continued success at its lucrative Casa Berardi gold mine. Production is tracking toward 2018 production estimates; these currently stand at an impressive 10.1 million ounces of silver, 230,400 ounces of gold, 58,100 tons of zinc, and 21,800 tons of lead. 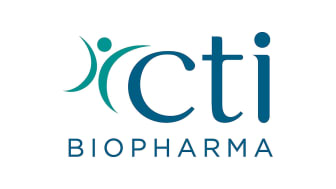 Top Needham analyst Chad Messer (view Messer's TipRanks profile) recently just initiated oncology stock CTI BioPharma (CTIC, $3.90) with a “Buy” rating and a price target of $10. This incredibly bullish price target is significantly above the consensus and works out at a whopping 156% upside from current levels.

Even with a recent recovery in the stock price, there still is plenty of value to be found in CTI BioPharma shares. Right now, the company is developing a key product called pacritinib to prevent enzyme mutations in the blood. According to Messer, pacritinib is an unusually de-risked asset based on strong data from two Phase III studies. He now sees a “clear path to approval with the FDA.”

We can get a better idea of the kind of revenue expected from this analysis by top Oppenheimer analyst Leah R. Cann (view Cann's TipRanks profile). She states: “Based on our expectation that CTI BioPharma will introduce its first two products in the US in the next few years, we estimate that total revenue will grow to $467 million in 2024.”

However, she also acknowledges that “as is the case with many development-stage companies, these estimates do carry a high degree of risk.” Her $5 price target reflects his guarded stance, as it represents just 28% upside from current levels. 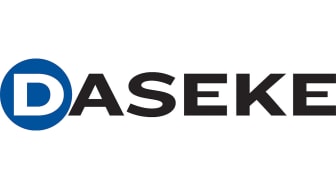 Transportation stock Daseke (DSKE, $8.70) is a leading player in the massive (and highly fragmented) $133 billion U.S. open-deck freight market. Its 16 companies own a fast-growing fleet of more than 5,200 trucks and 11,000 trailers, serving customers in the U.S., Mexico and Canada.

Most notably, DSKE stands out as a key beneficiary of President Donald Trump’s $1.5 trillion infrastructure spending plan. According to five-star Cowen & Co analyst Jason Seidl (view Seidl's TipRanks profile), “DSKE could be the biggest beneficiary in our coverage universe from infrastructure spending.” Daseke’s stock trades below $9, but Seidl sees prices rising to $13 (49% upside potential). He explains:

“While there is skepticism about whether or not the federal government will be able to pass a bill, it should be noted that if progress were to be made DSKE’s shares should react positively and to a greater extent than the other truckers, logistics and rails we cover given the company’s nearly 100% exposure to industrial end markets.”

Plus, Daseke can continue to take market share by snapping up high-quality small and mid-sized carriers. Indeed, DSKE has just picked up one of the largest oil rig moving companies, Aveda Transportation, for rough $100 million. Following the move, oilfield services will become about 10% of Daseke’s total revenue. 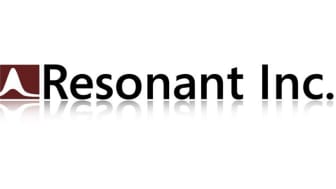 Small-cap tech stock Resonant (RESN, $3.82) is a designer of filters for radio frequency (RF) front-ends for smartphones. This is basically the circuitry in a mobile device responsible for analog signal processing. Right now, the stock is buzzing after a teardown of the Samsung Galaxy J2 Pro smartphone indicated a Resonant-designed SAW duplexer within.

Top Needham analyst Quinn Bolton (view Bolton's TipRanks profile) explains why this is such a big deal for Resonant:

“As the Galaxy J2 Pro supports Bands 1, 2, 3, 5, 7, 8, 20, 38, and 40, used across the U.S., Europe, Asia and China, we anticipate this smartphone to be available globally. We consider this a significant milestone for Resonant and a confirmation of the company’s ISN technology.”

This latest win is just further evidence of the company’s growing momentum. We can also see that Resonant customers shipped 5 million units in January 2018 compared to 7.5 million units shipped in all of 2017.

Bolton – a Top 100 analyst according to our data – reiterated his “Buy” rating on April 12 with a $6 price target. Given the current share price, this translates into big upside potential of 57%. 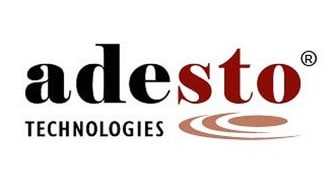 “We believe Adesto is expanding its customer base (growth at Tier one customers) and end markets as it gains traction in the high-volume consumer market with designs wins in home appliances, asset trackers, smart lighting and health monitoring systems,” he continues. This positions the company perfectly for the long-term.

Bear in mind that Gill is one of the best-ranked analysts on TipRanks for his precise stock picking ability. On Adesto specifically, his stock recommendations have an 80% success rate and eyebrow-raising 53% average return. 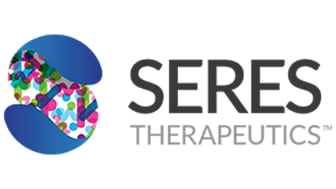 Microbiome stock Seres Therapeutics (MCRB, $7.61) is trading at the bargain price of $7.67. The company is working on the idea that you can treat infectious and inflammatory diseases by adding “good” bacteria to your digestive tract. According to analysts, its lead product candidate, SER-109 (made up of microbial spores), could revolutionize the treatment of diseases like inflammatory bowel disease.

The company previously faltered following the failure of a Phase II trial for SER-109. However, the FDA has now given the green light for a new Phase II trial to go ahead, and Seres intends to start clinical testing in cancer patients in 2018.

He explains why here: “To us, the attractiveness of MCRB’s C. difficile infection (CDI) programs is more about establishing proof of concept (POC) that the microbiome can be manipulated for therapeutic purposes than their revenue potential. If the IBD and/or cancer immunotherapy programs are successful, we believe far larger commercial opportunities could emerge.” 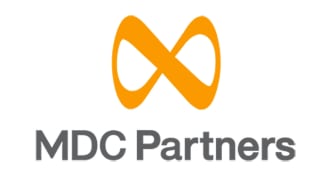 If you are looking for a stock with a compelling risk/reward balance, look no further. New-York based MDC Partners (MDCA, $7.80) is a booming marketing and communications network. For top Wells Fargo analyst Peter Stabler (view Stabler's TipRanks profile), the stock’s continued underperformance is unwarranted:

“We believe MDCA has suffered from generally weak sector sentiment, despite — we believe — being positioned to outperform its larger agency peers,” he writes.

Specifically, Stabler sees “a multi-year opportunity for margin expansion, lower exposure to marketing services, and favorable positioning in terms of attracting top industry talent.” Plus MDCA management remains committed to reducing leverage from its current 4.2x to 2.5x or better. As a result, Stabler upgraded the stock to “Buy” on April 12. His new rating comes with a shiny $11 price target (41% upside potential). 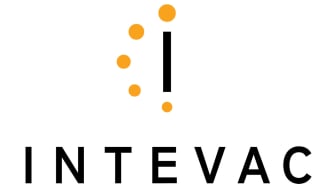 Maxim Group’s Nehal Chokshi (view Chokshi's TipRanks profile) has a good idea who this Top 3 cellphone maker may be. She is betting on Huawei, which has just launched the P20 in Paris. According to Chokshi, the technology helps enhance the vividness of the phone’s color.

Here’s what Chokshi wants to see going forward: “What will increase our confidence is evidence that the increased vividness of the color of the phone is one of many potential reasons for consumers to show preference for the Huawei P20 over other Android alternatives, in the form of market share gains.” 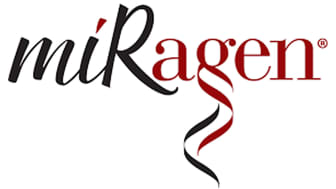 Last but by no means least is intriguing clinical-stage biotech MiRagen Therapeutics (MGEN, $6.70). Miragen focuses on developing treatments for diseases including cancer and fibrosis using microRNA modulation. And good news: At the end of March, MGEN announced the start of a Phase I study of the miR-92 inhibitor MRG-110 with partner Servier.

Five-star Oppenheimer analyst Leah R. Cann “consider(s) this clinical trial start a positive event for MiRagen, as it further broadens the firm’s clinical microRNA pipeline to three programs.” This includes cobomarsen in mycosis fungoides and other blood cancers and MRG-201 in fibrosis conditions.

Cann assumes that the company will launch its first product in the next five years, and projects potential future revenue of $1.2 billion by 2025. Based on this Phase I start, Cann reiterated her bullish $16.50 price target for MGEN – indicating massive upside potential of 146%.

TipRanks offers investors the latest insight into Crypto via its powerful CoinWatch platform, as well as eight different sectors by tracking the activity of over 40,000 financial experts.

Bonds can be more complex than stocks, but it's not hard to become a knowledgeable fixed-income investor.
Stock Market Today 12/1/20: Wall Street Hangs on Stimulus Hopes Again

A stimulus package brought by a group of nonpartisan senators Tuesday sparked stocks, which kept most of their gains even after the plan was shot down…
Stock Market Today 11/30/20: Dow Closes Out Best Month Since 1987

Billionaires and high-asset hedge funds dumped a number of holdings during 2020's third quarter. We look at which stocks they've soured on, and why.