Saving money on a used car is about more than spending as little as possible on the car itself. You want to get a good deal, and that means getting the right car that meets (and will continue to meet) your needs.

Those needs vary as much as individuals (and cars!), so we're not wading into which used car to buy, but, rather, tips and techniques that can help you save money when shopping for a used car.

Know That Some Used Cars Are Better Values Than Others 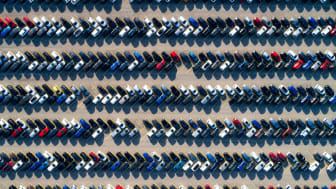 “Used car” sounds cheap, right? (That’s why dealers prefer to say “previously owned.”) But the fact of the matter is, when you consider the total cost to own (especially the cost of financing), for some models, it can make more sense to buy one new rather than a few years used.

Broadly speaking, this is the case for lower-cost, popular models such as the Honda Civic, Jeep Wrangler or Toyota Tacoma. It’s not the case for most luxury vehicles, where depreciation is more severe. Read more about this phenomenon here, and be sure to use powerful shopping tools from Edmunds and State Farm to really get into the numbers if you’re comparing new to recently used.

Find the Sweet Spot in the Used-Car Market

The new-is-cheaper-than-used phenomenon only works (when it works at all) when comparing a new car to a lightly used (3 or fewer years) model that’s being financed. If your goal is wheels, and you’re willing to pass up the latest safety technology, then a car 7 or more years old will get you a ride with years and miles to go — at a four-figure cost.

“I think the sweet spot for the non-enthusiast is buying a 7- to 11-year-old car that has been conservatively driven and has an excellent maintenance history,” says Steven Lang, a writer, used-car trader, and general automotive savant who runs a website called Dashboard Light. “You can keep that type of well-kept $4k to $7k car for about five to seven years. Sell it for $2000 to $3500 during tax season (mid-February to late-May), and repeat the cycle.

Pick a Used Car That Will Last 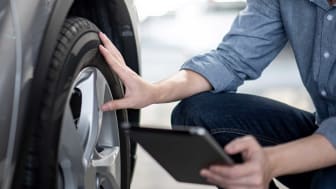 Not every used car out there will provide the sort of value proposition Lang is touting. This is where questions of “what car” and “what sort of life did it lead?” come in to play.

To make sure that the older car you’re considering is less likely to need expensive repairs that will undo the savings, time to hit the books. Consumer Reports is, of course, a great resource, with its user-driven data on reliability (but you’ll need a subscription). J.D. Power’s annual reliability ratings also have value, even though they’re targeted to cars only 3 years old. Lang’s Dashboard Light site offers a used-car quality index, specifically aimed at older cars, scoring them for the likelihood of powertrain issues (engine or transmission).

Once you’ve targeted a particular model or models, you also need to know something about the back story (ownership, maintenance) of the particular used cars you’re looking at. A history report (like one from CARFAX or Auto Check) is a must, and most used-car dealers will provide one. If you’re buying from a private party, you might need to pay for it yourself (about $40) or convince the prospective seller that it’s a smart idea for the both of you. That said, a CARFAX is not scripture. An evaluation by an independent mechanic of your prospective purchase ($100-$150) is still almost always a must.

Get an Extended Warranty When Buying a Used Luxury Car 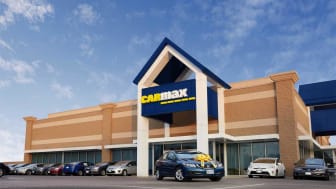 If that “reliability-first” guidance for saving on a used car sounds like the path to a Honda Accord or Toyota Camry, you’re not wrong. But for some, those safe, vanilla options lack spice, and the massive depreciation hit that many luxury European brands take in their first three to five years out can make a used Audi or BMW look tempting. But one big reason behind that depreciation: They can be brutally expensive to repair.

The solution to making one of these value traps a better proposition, says Ivan Drury, senior manager of industry analysis for Edmunds.com, is to spring for an extended warranty. The quality of these extended warranties (which are basically an insurance product) vary widely, and your best bet is one offered by the manufacturer on a car that’s been through the certified previously owned (CPO) process.

Another interesting option to get something flashy is to buy from CarMax and get coverage from its MaxCare warranty program (which gives you access to a broad range of repair shops). A retired CIA officer in Virginia named Chuck Banks has built the Carmax Unicorn Blog based around this strategy (which he’s followed himself). The goal: finding cars that are “unusual, reasonably priced, reasonable mileage, and in no way affordable new, and that with the MaxCare warranty ordinary-but-not-rich car guys like me could afford to drive."

Know the Right Price to Pay for Your Used Car

Car pricing guides have been around for a long, long time (that’s why people use the term “book value" — because it used to be printed). Today, there are many, many players in this field, offering their judgment on used car values — and whether a deal is a good one or not.

It probably won’t surprise you to know that their values may vary, even for vehicles so common they border on being a commodity, like a Toyota Camry or Ford F-150. The answer is (sorry) more research: Go beyond the guides to check out what a particular model is actually selling for in listings at Edmunds, Kelly Blue Book (KBB), CarGurus, iSeeCars.com, Autotrader and others.

Look at dealer listings yourself, even if they’re a bit farther away than you’re willing to travel, while remembering they’re posting the asking price, not what it would ultimately sell for. You’ll want to build a little spreadsheet to keep track of the values (and compute averages or even fancier calculations). A buyer who can prove to the seller that nobody is paying the book value can negotiate a better deal.

Most people will have to pay a higher rate to finance a used car than a new one; that’s one of the big reasons a new car can sometimes be cheaper than a late-model used one, assuming you’ll owe money on the car the whole time you own it.

The obvious solution that money-smart buyers favor is: Don’t finance; pay cash. But that’s a big stretch for many people.

Before you go to a dealer, check into what sort of financing you could get from your own bank or credit union — and get pre-approved. This serves several purposes:

How to Haggle for Your Used Car -- or Not

How one goes about buying a used car is at least as personal a choice as what car to buy. For every person convinced he or she is a master negotiator who’s going to get a "steal,” there’s someone for whom the no-haggle approach is the way to go.

But if the price is not explicitly no-haggle, then haggle you must if your goal is saving money — and it is. Do your research on price, and always be ready to walk away from a deal.

Save Money by Considering a Used Rental Car

The car rental industry buys a lot of cars new, and then, after a year or so, sells them. Some go to auction and end up in the used car marketplace, but others (the rental companies will tell you they’re the pick of the litter) are sold directly to the public by all the major car rental brands. And the prices (generally no-haggle) are often quite good.

The usual concern: It’s been in the hands of a bunch of people who didn’t own it — and drove it accordingly. Among the counter arguments: Most people really aren’t abusive of rental cars, they’re carefully maintained, and body damage is usually repaired quickly (in part because rental agencies are quite good at putting the cost of that on the offending renter). The usual caveats of getting a history report and an independent mechanical evaluation still apply. Read more about the process here.

RV-loving retirees talk about the downsides of spending retirement in a motorhome, travel trailer, fifth wheel or other recreational vehicle.
The Safest Used Cars for $20,000 or Less 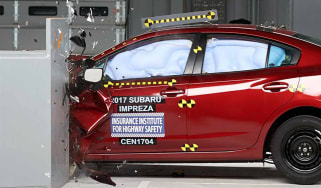 Shopping for a used car?
13 Reasons You'll Regret an RV in Retirement 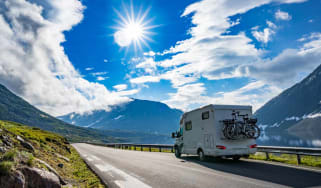 As you drive toward retirement, dreams of blue highways are giving you that itch to hit the open road.
8 Reasons to Retire in an RV 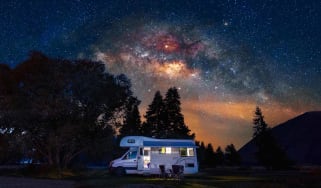 8 Reasons to Retire in an RV

The long travel to retirement is about to end.